We've adored country trio Restless Road since the very beginning, but their new music video for "One Step Ahead" just might be our favorite thing the band has done.

The band consists of Zach Beeken, Colton Pack and Garrett Nichols, and it's clear these boys know and love country music, inside and out. "One Step Ahead" released earlier this year, and while it already had a sentimental and romantic sound that left us swooning, the new music video featuring their real-life love interests has made us fall even harder for it.

We got the opportunity to ask the band all about how the song got made, and what it was like filming the sweet track's video. Here's what they revealed:

Sweety High: What was the process of writing "One Step Ahead"?

Restless Road: We got together in a small studio with some of our favorite writers and started talking about our real lives and how we had been single and going on dates in Nashville. We talked about how we have been trying to stay one step ahead of our dates and create amazing nights. That turned out to be the spark we needed because the song wrote itself after that! 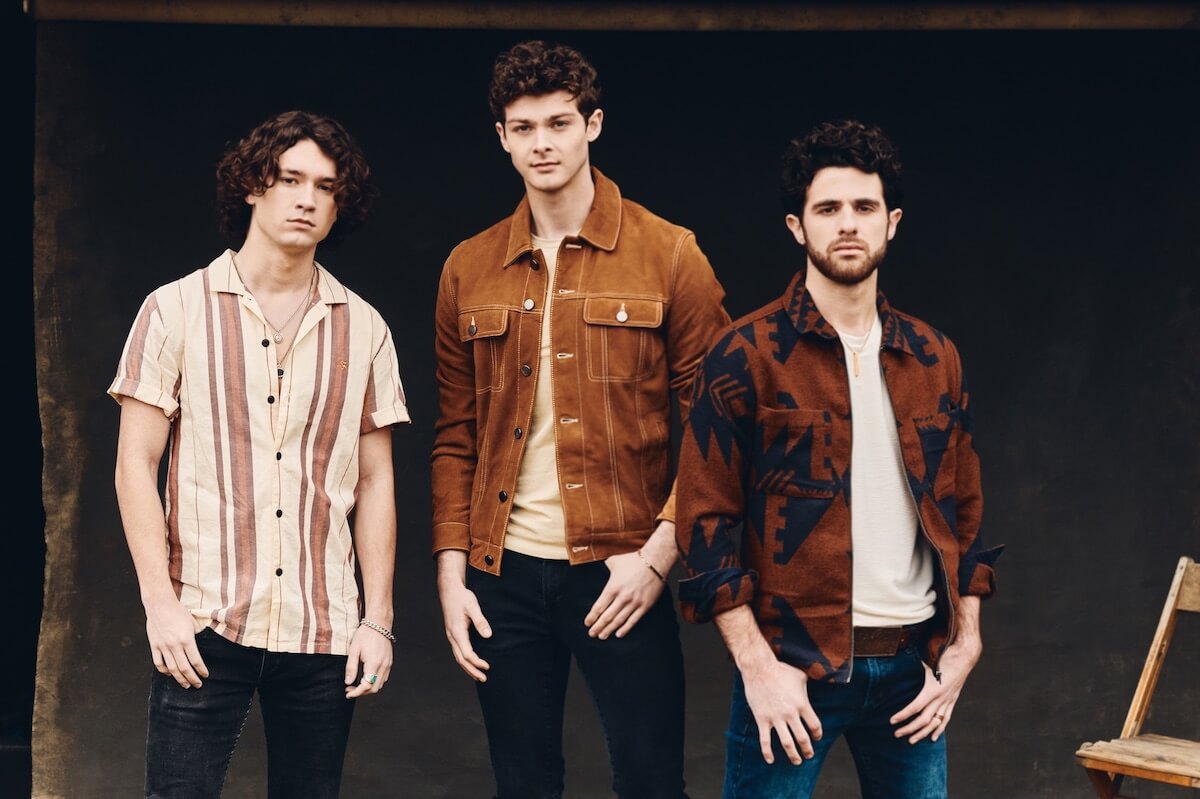 RR: We had just moved to Nashville and at the time Zach and Garrett were single and we were asking ourselves the age-old question, "What do women really want?" We would be lying if we said we 100% knew the answer, but we decided that being a man with a plan who is always one step ahead was a good start. "One Step Ahead" means a lot to us because we want to be the types of guys who are always there for our significant others and do everything we can to make them feel special.

SH: What was it like to film the music video? How did you decide to make it about recreating your real first dates?

RR:  It was a truly amazing experience! It was actually our first big music video and it was cool to be able to live out one of our dreams that we've all had for a long time. We thought that recreating our first dates would be a genuine way to bring the song to life and to showcase the special ladies in our lives. It was a day we will never forget!

SH: How did having your wives and girlfriends on set make it feel different from a typical music video?

RR: It felt really natural. There were times we almost forgot we were shooting a video and not on an actual date. It was really fun for our wives and girlfriends to be able to be a part of such a special day!

SH: What advice do you all have for cultivating healthy relationships?

RR: We are all in different places when it comes to our relationships, but so far we have all learned a lot. One thing that we know is important is continually showing up and putting in the effort after the famous "honeymoon" phase is over. You get out what you put in, and you can't stop doing the things that made your relationship exciting in the beginning. Telling the truth, listening and being selfless go a long way, too.

RR: We've had to completely switch up how we interact with our team and co-writers. We adapted to writing on Zoom early on, and it actually has been a very productive tool for us! We haven't missed a beat when it comes to songwriting and we've written some of our best songs yet. We are super excited to get back to a more normal way of life and showcase everything we've been working on these last few months.

RR: There have definitely been some standout artists that have continually been releasing relevant music and quality content. Someone we take notice of is Kane Brown. During this time, he has put out so much new music that has hit home with the world including "Worldwide Beautiful" and he has still been keeping it fun and fresh with songs like "Cool Again" and "Be Like That."

Obsessed with Restless Road? Click HERE to find out our favorite facts about the band.