For me, every Nintendo Indie World Showcase is an event I have to tune into.

Some of my very favorite games of all time have been indie titles on the Nintendo Switch, and with every new showcase, there are a number of opportunities to fall in love with new titles. When I spotted the unique photography game TOEM in August's showcase, I knew it was a game I'd have to get my hands on.

When the game was released last month, I reached out to the publishers, who were kind enough to supply me with a review key to try it out on the Nintendo Switch. The game delighted me just as much as the trailer had, and I can imagine it's a game I'll be coming back to again and again.

The World of TOEM

There's a sweet simplicity to the world presented within TOEM. Presented in a very purposefully greyscale world with a captivating and quaint hand-drawn art style, the game creates an environment that's so easy to get sucked into.

The game begins in the main character's tiny, cozy hometown of Homelanda, where your Nana gives you a camera and asks you to participate in a coming-of-age ritual in which you leave home to photograph a phenomenon called TOEM. While it is a photography game at its center, it winds up being about so much more than that, and the stories that unfold as you travel through the towns of TOEM make it one of my favorite chill and adorable games of the year. 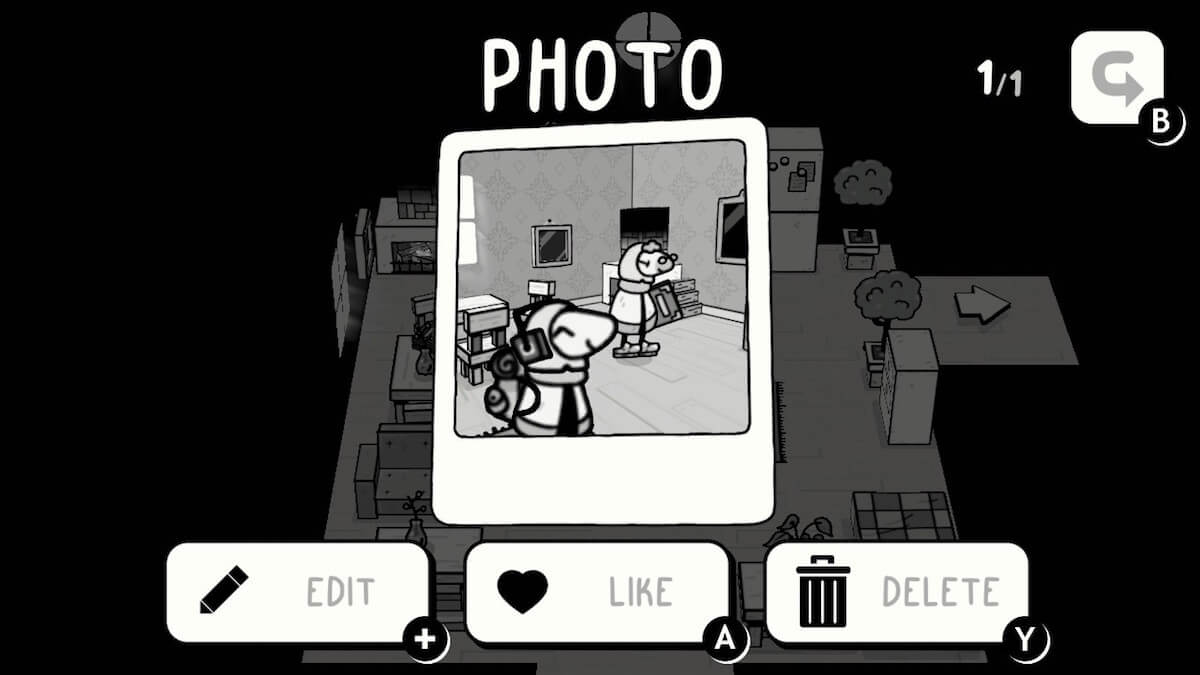 Making progress in TOEM isn't just about snapping pictures. Early on, you'll get your own Community Card, where you can collect stamps that reflect the good deeds you've accomplished. By going around each town and chatting with its inhabitants, you'll soon learn that many people are in need of help, favors and guidance. And it's up to you to lend a little kindness, bringing people together, solving their problems and otherwise making their lives better—usually through your photography skills. It's a wholesome, heartwarming game that's all about kindness and enthusiasm, and that's what I adore about it. 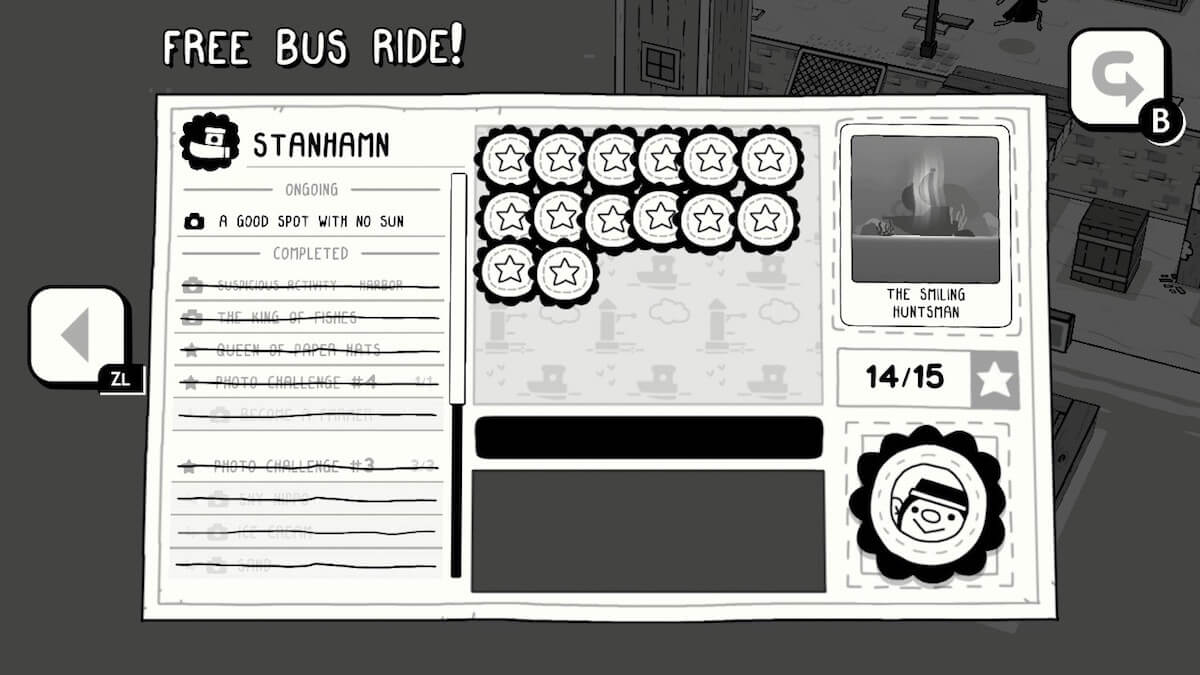 Lucky for players, taking photos is a literal snap. Anywhere in the world, you can push the X button to go into the game's photo mode. From there, you can zoom in and out with the R stick, move around with the L stick, press Y to turn the camera around and take a selfie and ZR to take your photo. From the camera, you can also press X to access your album and see what photos you've already taken. 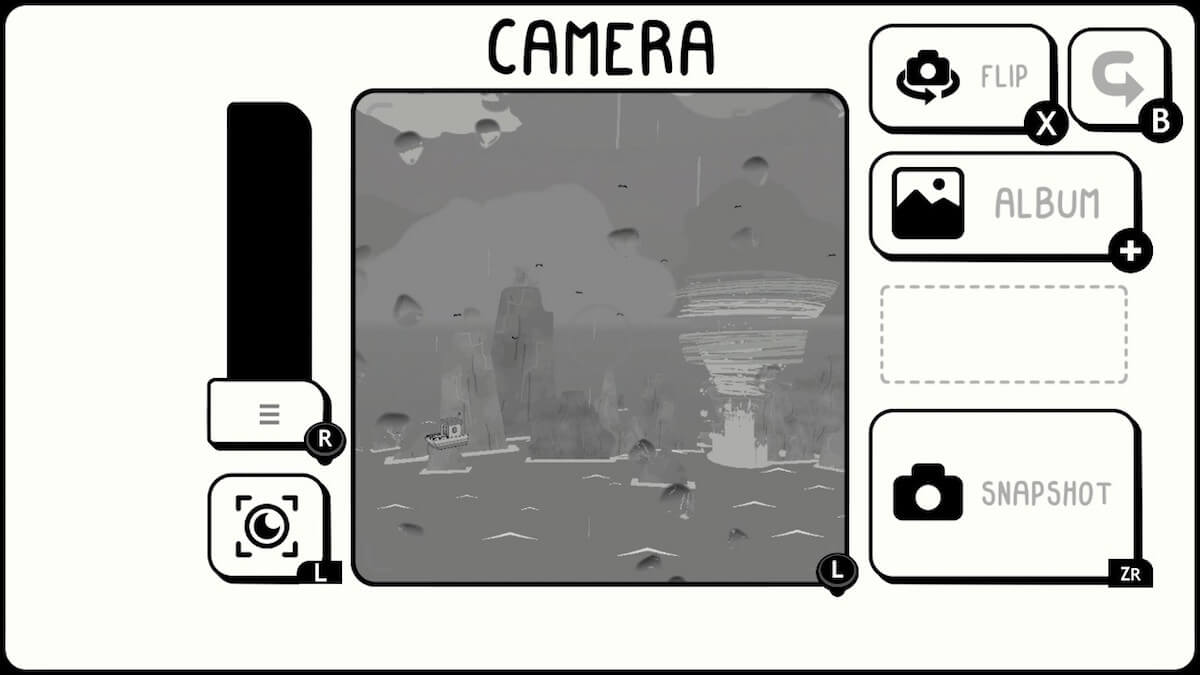 And stamps are pretty useful, too. Collect enough, and you'll unlock a free bus ride to the next level. You'll travel from Homelanda to the forested Oaklaville, to the beach town Stanhamn and the bustling Logcity, then finally to the ski resort of Kiiruberg, and each one will offer new environments, challenges and a colorful cast of characters to befriend and adore. As the game progresses, you'll also unlock new accessories to be able to see and do more with the camera and get access to new places. 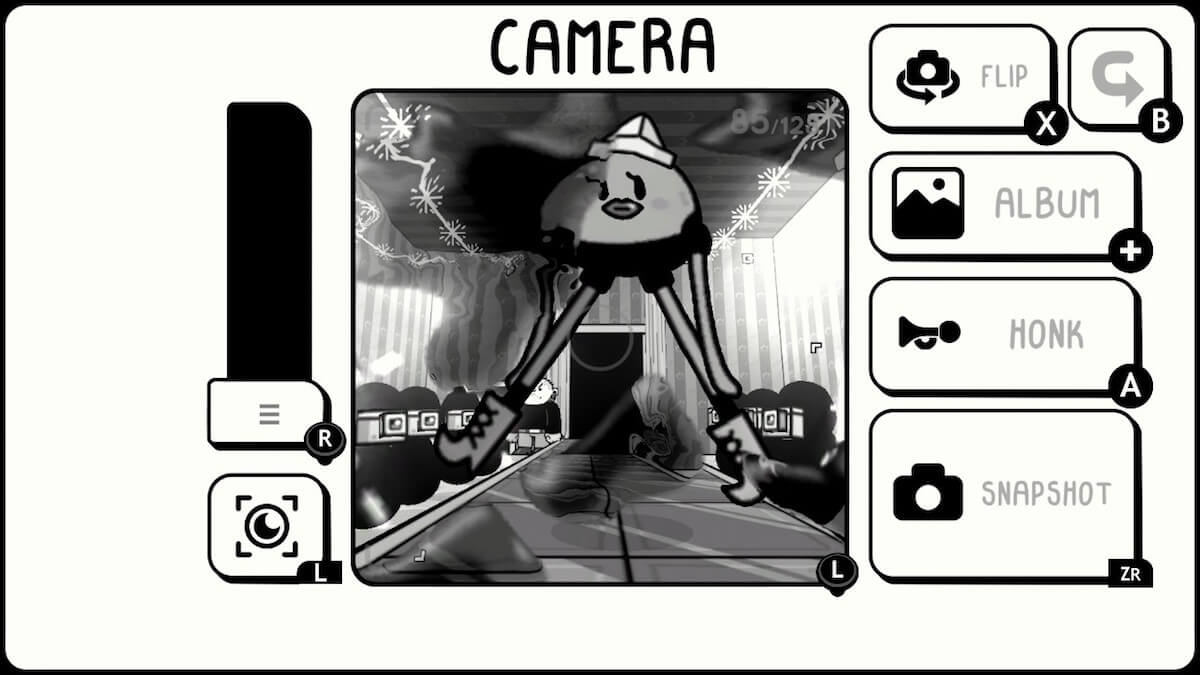 There are also fun clothing items, including glasses, hats, scarves and shoes, to wear in the game, and many of them are more than just cosmetic. Certain items are used to unlock different achievements, while others must be worn to impress certain characters or safely navigate certain characters. 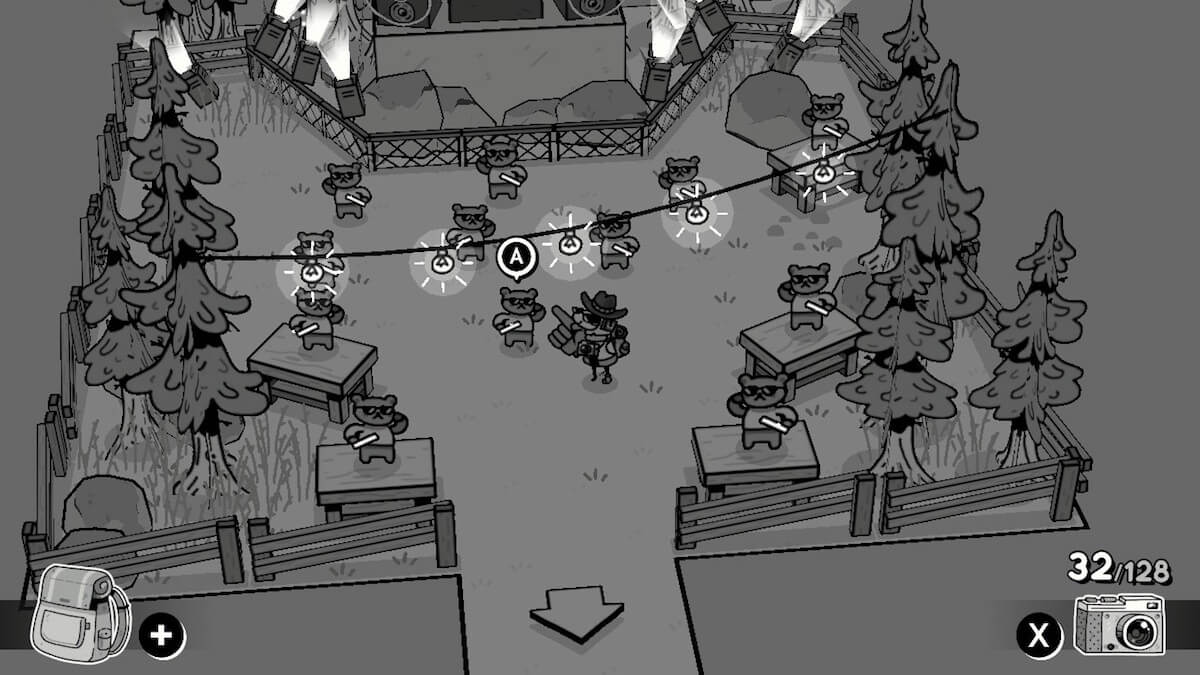 So whether you know exactly what you're looking for and are taking a photo to complete someone's request, or you're just taking in something hilarious, thought-provoking or beautiful, you're free to snap up to 128 photos at a time. You can also collect your favorites together, and deleting unnecessary pics is also a breeze. 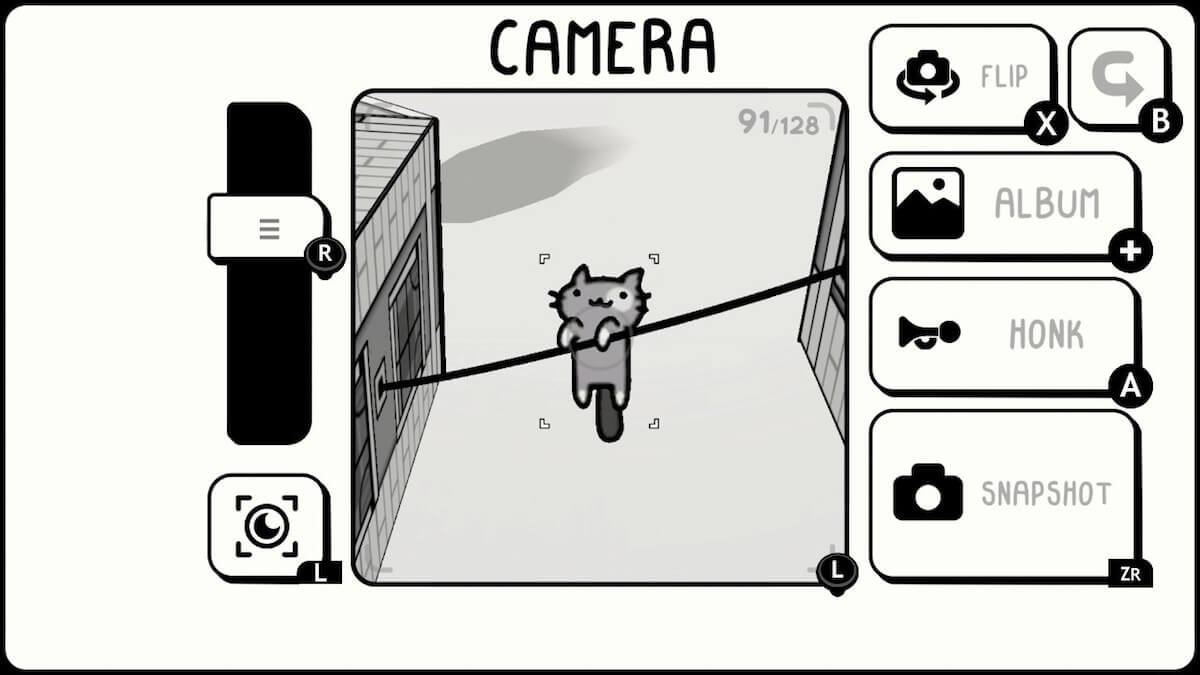 If you think you know what types of quests to expect from a photography game, you might want to adjust your expectations. You'll be doing everything from tracking down epic cryptids to bringing together bands and soothing the soul of a ghost who just feels like no one respects ghosts these days, and snapping photos is only a part of the equation. 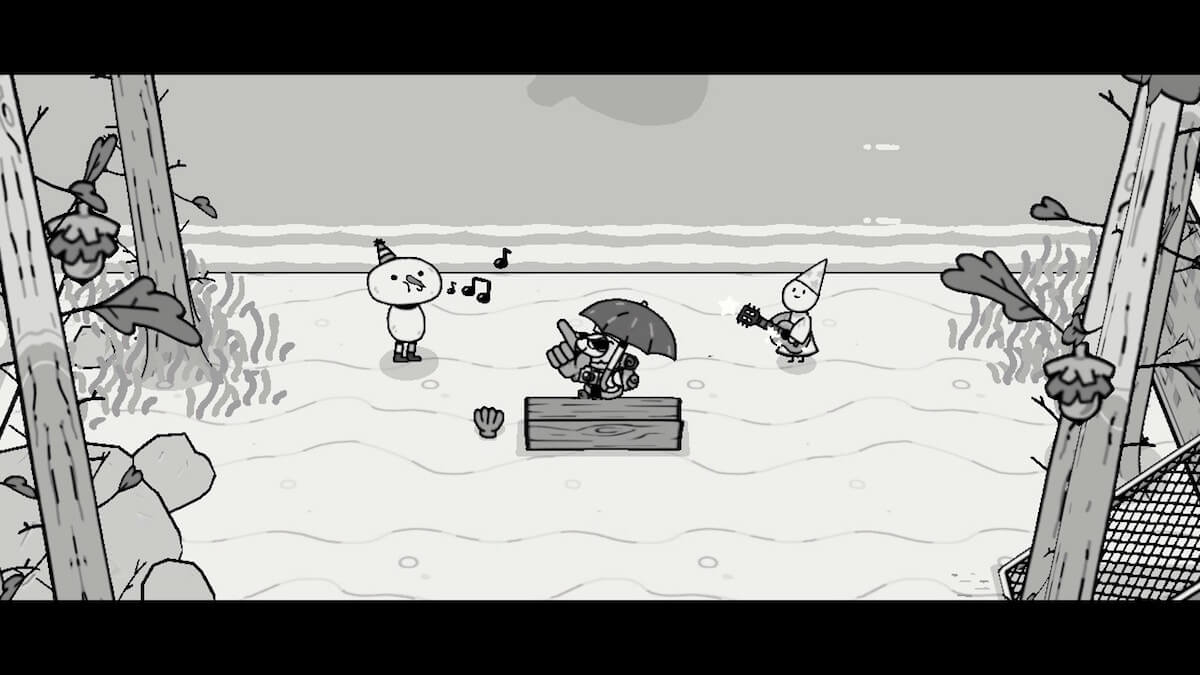 Sit Back and Relax

If you can't handle the stress of high-octane video games, TOEM will be perfect for you. It's an incredibly chill game, with low pressure and without moments that require quick reflexes to snap what you're after. There's no losing in TOEM, and you only have to complete a fraction of the available quests in each area to move on to the next, so if you don't feel like going after every last thing, you can just focus on what you do want to do and move on. 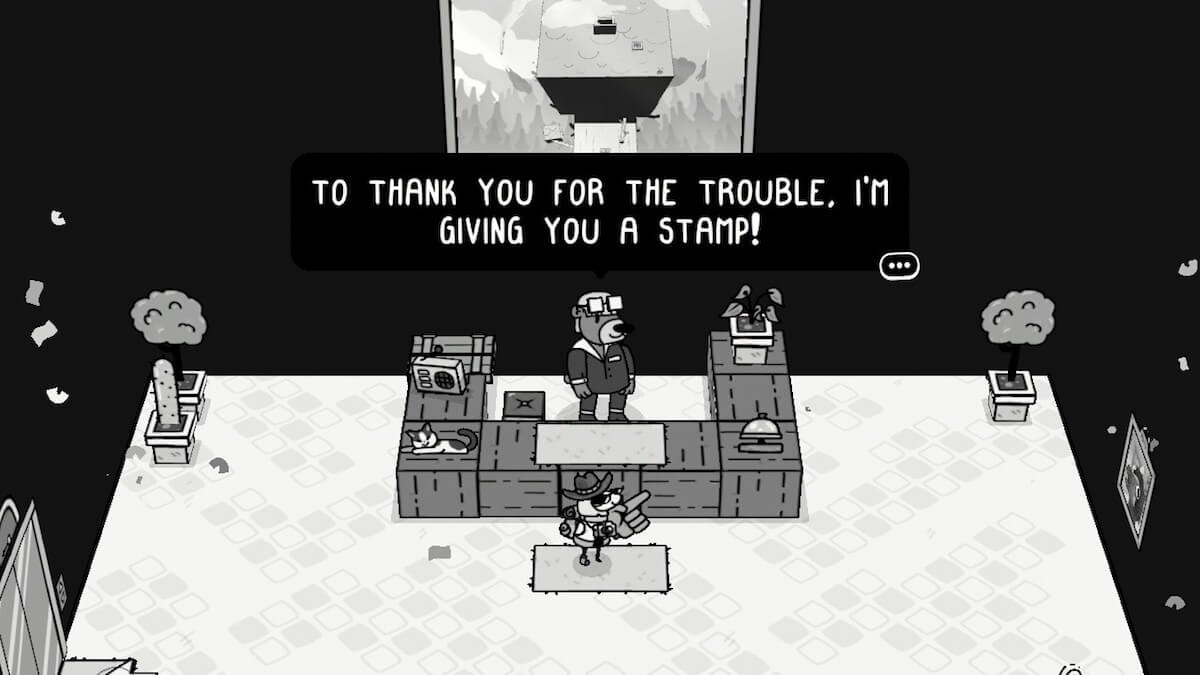 There is just so much charm in this game in every moment, from the locales to the critters you can photograph to the fact that you can take selfies, and it's a great game for both new players of games and veterans alike. The controls are right on the screen at any moment, so it's always approachable, and the soundtrack is also soothing, perfectly complementing the sweet adventure. 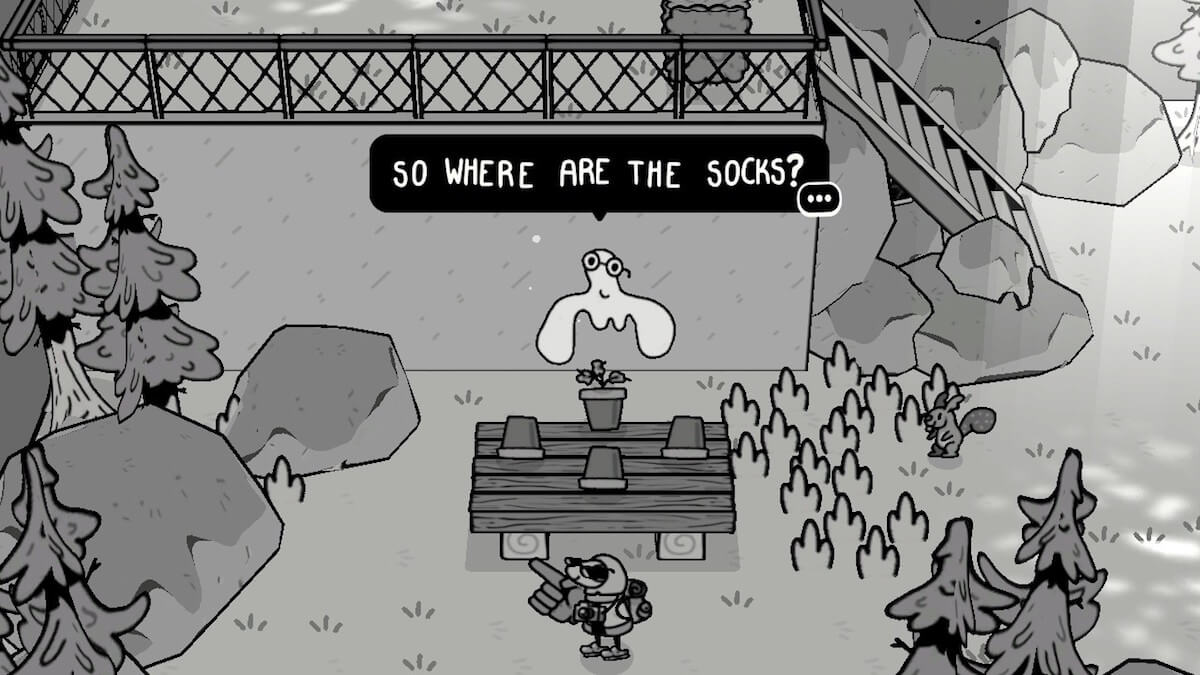 And what in the world is TOEM, exactly? I won't spoil it, because it truly is phenomenal, and when the time came for me to experience it myself, I legitimately got choked up at how stunning it was. The game sets it up brilliantly, defying all expectations, and every minute of the journey there is so worth it.

It took me a little over three hours to "beat" the game's main campaign and witness TOEM, and that was with me trying to do every quest humanly possible in the middle. Even though I'd finished the game, I was hungry for more and jumped immediately back into the delightful campaign to see if I could get 100%.

I found that after I'd completed the game, I began to appreciate the details within it even more, and going back to discover every last little secret and idea tucked away in this gorgeous game helped me get a complete picture of what TOEM had to offer.

After four hours and 17 minutes, I'd collected every last stamp and snapped a photo of every last animal in the game. It was so worth the experience, and even though I still wish there could be even more, I thought it was worth every minute of the time I'd invested in it. 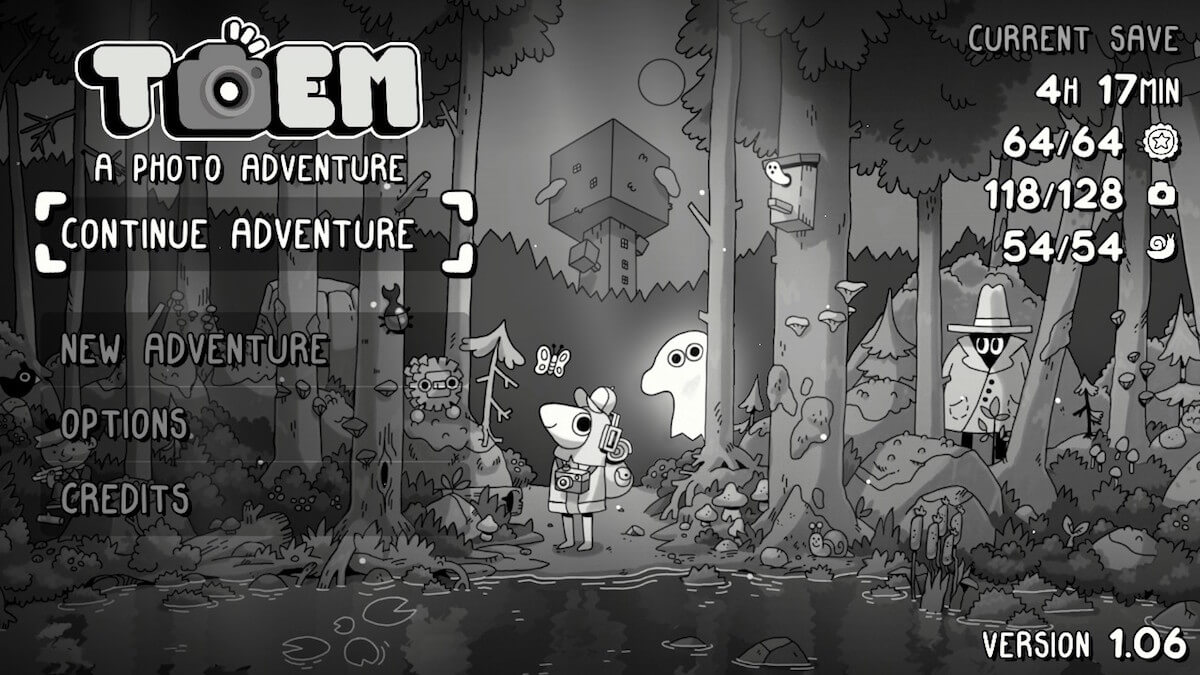 TOEM is available now on Nintendo Switch, Steam and PlayStation 5 for $19.99.

Like the vibe of TOEM, but looking for slightly more adventure? Click HERE to read our review of Garden Story.