Ricky Garcia is one third of our favorite boybands, Forever In Your Mind,  and a hilarious character on one of the best Disney Channel shows of all time, Best Friends Whenever. And while it's easy to crush on him for those reasons, and his charming personality, there are more amazing examples as to why Ricky is deserving of being our Man Crush Monday this week and pretty much every week from here on out. 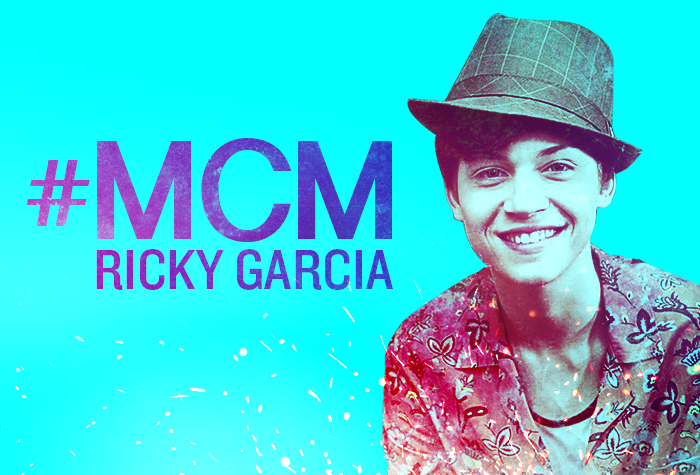 1. Ricky was born on a U.S. military base in Puerto Rico!

2. Ricky auditioned for The X Factor U.S. during season 3, where Simon Cowell paired him with his future bandmates to create Forever In Your Mind. Best. Decision. EVER.

3. Three years later, the band is still one of our faves to ever come off The X Factor.

4. Ricky and his gf Chloe Lukasiak are SUCH #goals.

5. Before Ricky got famous, he was a model!

7. Ricky plays our fave character Naldo on Disney Channel's Best Friends Whenever. And did we mention his band also sings the theme song?

8. He and his bandmates performed at the Rock The Red Kettle Concert in December 2015 to benefit the Salvation Army.

We've loved Forever In Your Mind for forever…and we adored when they came into our studios to perform their song "She Lights the World" for us. Watch it HERE.