If you love Jake and the Never Land Pirates, we have a major treat for you.

Riley Thomas Stewart, the voice of Jake himself, let us in on his favorite songs, love for dog videos and how he bonds with his dad as our Monday man-crush. Read on for more about the Disney star below. 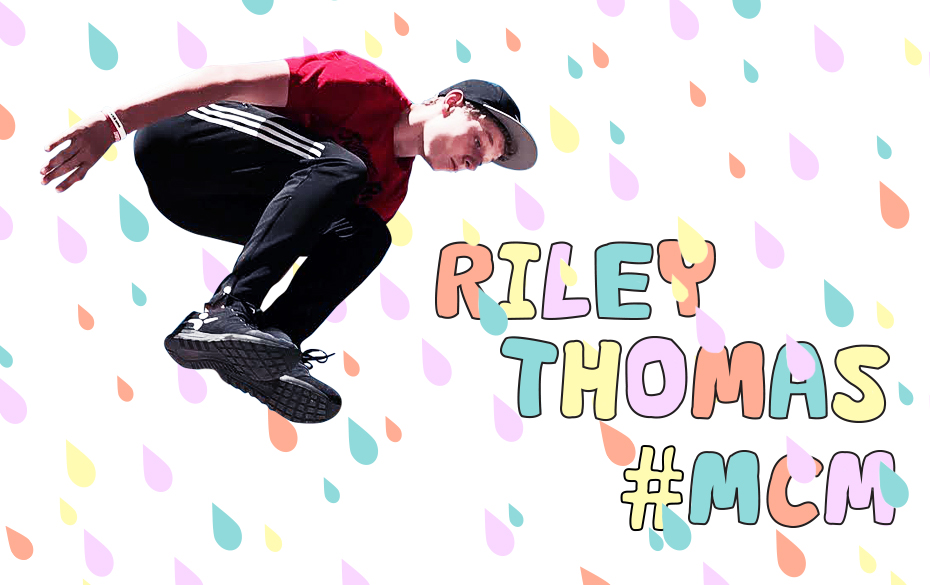 1. He has great taste in music. His three favorite songs are "Bohemian Rhapsody" by Queen, "Jukebox Hero" by Foreigner and "Working for the Weekend" by Loverboy.

2. He has a wide variety of pets, including three cats, one dog, six chickens and a rooster. We're sure they're all adorable but we melted seeing this pic of his kittens.

We got new kittens!!!! Jackie is the one on the right and Speedy is on the left. #kittens #newkittens #cutekittens #Jackie #Speedy

3. He gets starstruck occasionally and the last time it happened, he met Hugh Laurie. "I went into an audition for House and he was there," Riley tells Sweety High. "He shook my hand after I got out of the audition!"

4. It's a tie between Spider-Man and the Flash for his favorite superhero, but it looks like he thinks of himself as one, too.  ????

5. He was born in the wrong decade. "My favorite music comes from the '70s and I love building hot rods and muscle cars, which were big then," he says.

6. He spends a lot of time watching cat and dog videos on social media because they never fail to make him smile. He seriously gets us.

7. He bonds with his dad by building cars. "For the past year my dad and I have been repairing and building a '73 Camaro," he shares.

Jake and the Never Land Pirates is one of our faves, but you also need to take THIS quiz to find out which Descendants 2 character you are.