Will Riverdale's Betty and Jughead Stay Together in Season 3?

There sadly isn't a special Riverdale Magic 8 Ball, but we do have its showrunner, Roberto Aguirre-Sacasa, who often doles out valuable pieces of information.

With Season 3 in the works, the question on every serious Bughead shipper's mind is what the future holds for Betty and Jughead (played by IRL loves Lili Reinhart and Cole Sprouse).

They've been through huge ups and downs over the past two seasons, so people have gone to Roberto for reassurance. And they recently got it—but only sort of. 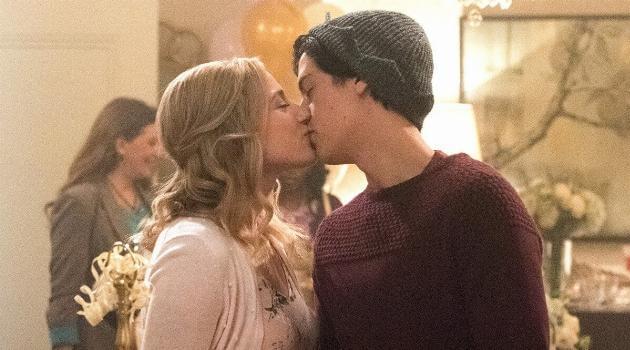 The showrunner took part in the Television Critics Association press tour on Monday, where someone asked him about the love triangle involving Betty, Archie (KJ Apa) and Veronica (Camila Mendes), as ET reports. Specifically, the person wanted to know whether it would reemerge in Season 3.

"That's a really good question," Roberto said. "I don't think that love triangle is ever completely settled. It's a long journey—these kids are still in high school. … We hope this is a long journey on the show."

His answer wasn't exactly what Bughead stans would hope to hear. Saying it's not "ever completely settled" definitely leaves the door open for some kind of romantic connection between Betty and Archie, which—sorry, guys—could bode badly for Bughead. The only good news is that Roberto didn't seem to hint at an immediate threat; in fact, he even made sure to say that Betty and Jughead are "pretty solid."

Roberto says he and the writers have to "follow the story," so let's just hope it points to true love forever for Betts and Juggy.

If you want an unpopular opinion, click HERE to find out why Bughead might actually not be OTP.