Some might say that Varchie is endgame, but only time will for sure.

Riverdale's KJ Apa recently appeared at New York Comic Con, and he gave fans an idea of what Season 3 may hold for one of the show's most beloved couples, Veronica (Camila Mendes) and Archie (KJ).

Unfortunately, die-hard Varchie stans won't like what he had to say: KJ teased that the pair will be put through the wringer.

"I don't think it's looking good for Varchie this season," KJ said, per The Sentinel. "I think their relationship will definitely be put to the test. …Archie kind of finds himself alone this season, for a bit of it." 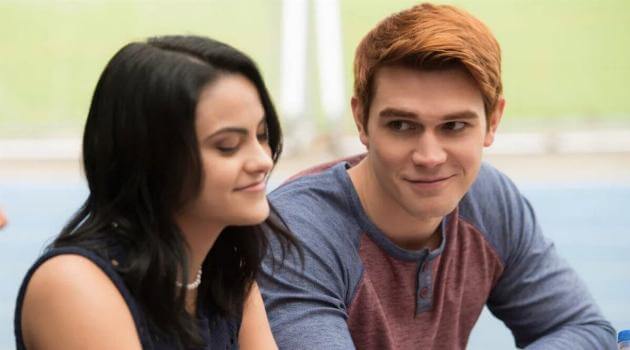 Riverdale via The CW

Given that Veronica's dad, Hiram (Mark Consuelos), set up Archie's arrest in Season 2, we're not surprised that their relationship is facing some pressure. It doesn't seem like it's necessarily time to panic and mourn for their love. Sure, they're going to be "put to the test," but they may come out the other side stronger.

In the meantime, Archie will have at least one relationship on the upswing in Season 3. Riverdale showrunner Roberto Aguirre-Sacasa talked about the character's relationship with his dad, Fred (Luke Perry), and seemed to hint that the two will be in a better place.

"Fans were really upset that Archie and Fred weren't seeing eye-to-eye in Season 2," he said. "I think a lot of Season 3 for Archie is making up for the stuff he did in Season 2."

Whatever Season 3 brings for these relationships, you know we'll be watching.

If you're curious about the status of Bughead in Season 3, click HERE to read about how they'll be doing.