After seeing the Riverdale Season 3 trailer last month, we know the CW series has a lot planned for us, and recent comments from Ashleigh Murray only confirmed it.

The actress chatted with Hidden Remote about what Season 3 will bring for her character, Josie McCoy, and the answer to that, at least in part, is "some rebellious stages."

Ashleigh pointed to Josie's rocky family situation and indicated that it will be the cause.

"With everything that happened last season with her original family unit breaking up and now having a new family unit, she's going to go through some rebellious stages," she said. 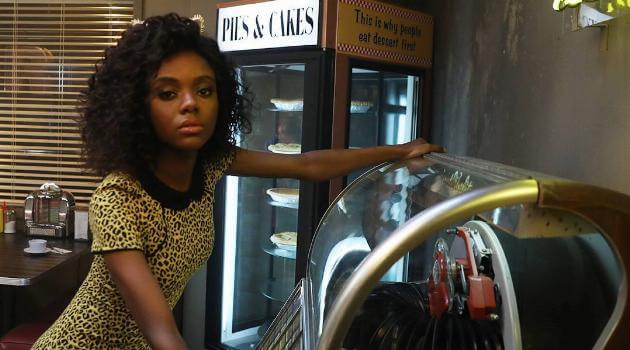 One of the ways she'll push back, it sounds like, will be by changing up her appearance. Ashleigh teased that "somehow out of that she will have her red hair in the show." This news will delight fans of the comic books the TV series is based on, because Josie was a redhead in them, just like Archie.

Meanwhile, the Josie and the Pussycats front-woman may also find an outlet for her feelings: her music. Ashleigh promised "more singing" and expressed hope that "there's going to be more original music happening" as Josie "[figures] out what her sound is and who she is as an artist."

And that's just one of Riverdale Season 3's many storylines. We know we have an episode focused on their parents to look forward to, more Bughead cuteness, wild mysteries and a lot more ahead.

Can't wait for the return of Riverdale? Click HERE to read some of the cast updates from the set.