The mysteries of Riverdale are intensifying.

With San Diego Comic-Con in full swing over the weekend, The CW released the first trailer for Season 3. Many of the scenes included in the video are ones we saw in Seasons 1 and 2, but if you hold out till the end, your patience is rewarded. And trust us: The new stuff is worth it. 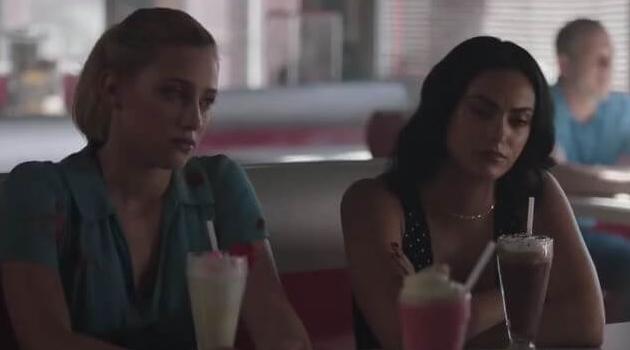 The arrest of Archie (KJ Apa) was a big deal in Season 2, but now it looks like he, Veronica (Camila Mendes), Betty (Lili Reinhart), Jughead (Cole Sprouse) and the rest of the gang have some wild problems to contend with. The final scene of the trailer was especially jarring for fans, as it teased one of the series' big secrets.

As you can imagine, fans have had some big reactions. Some are a little weirded out, others are scratching their heads, and still others are applauding. What they all have in common, though, is so much curiosity. After seeing what they did, they have so, so many questions.

/ is it only me or did the riverdale s3 trailer not make any sense?? i don't, i don't know what's going on

Did #Riverdale put out a S3 trailer full of S2 clips?

the new riverdale trailer for s3 is… intriguing????

Riverdale S3 trailer got me shook.

….i have a lot of questions about the riverdale s3 trailer

The only take I have after watching S3 Riverdale trailer: okay, so Alice joins a cult.

So yea, I just saw the Riverdale trailer for s3 and honestly I'm ready for it to air, because the last 5 secs got me like… pic.twitter.com/WWCcVYmEsc

Riverdale Season 3 only started filming this month, so we have a long way to go before it returns on Wednesday, Oct. 10, on The CW. It'll be worth it t get our questions answered, though.

If you're a big Riverdale fan, click HERE to see some of the updates the cast has been posting while they're filming.