Another Riverdale Spinoff Could Be on the Way—and Yes, We Need More

The Riverdale universe has been expanding, and it looks like it will only continue to do so.

Chilling Adventures of Sabrina, a spinoff of the hit CW series, is set to premiere on Netflix on Oct. 26, and already another offshoot is potentially on the way.

Riverdale showrunner Roberto Aguirre-Sacasa shared some of the details during a Television Critics Association event on Monday, and he teased that he's been dreaming up something "very different," according to TVLine.

In addition to highlighting that the spinoff would be its own beast, he made sure to note that there's a lot of enthusiasm for the possible series. As there should be.

"We're really excited, but we're still early on in the process," he said. 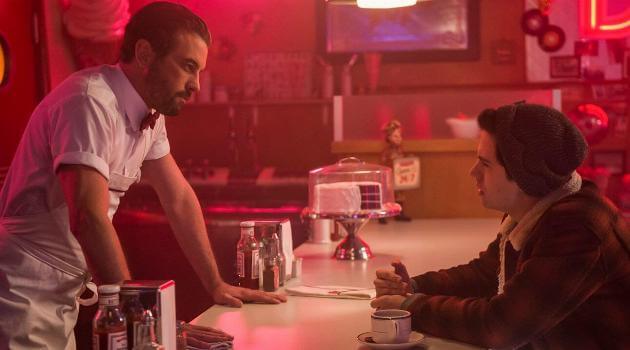 Roberto was careful to manage fans' expectations for when the show would premiere, and it sounds like we shouldn't be holding our breath. He revealed that he's targeting the 2019-20 TV season for the spinoff, which seems so far from now. That said, great things take time, so we get it and are grateful for it.

Unfortunately, the mind behind Riverdale left a lot of questions unanswered, including what the show would be about and how it would connect to the other shows. That means we're unbearably curious now and are going to have to find some way to cope. Sigh.

We don't expect answers anytime soon, but we're just glad that another Riverdale spinoff is percolating.

If you can't wait for Chilling Adventures of Sabrina, click HERE to read about our hopes for the spinoff.