Another week, another shocking episode of Riverdale.

After re-affirming the fact that everyone in town has something to hide, this week tossed us right back into the confusing and messed up storyline that is the Gargoyle King.

It's hard to succinctly capture everything that happened in this episode, so let's just drive right into it. Keep scrolling to see our Riverdale tweet recap for Season 3, Episode 3: "Chapter Thirty-Eight: As Above, So Below." 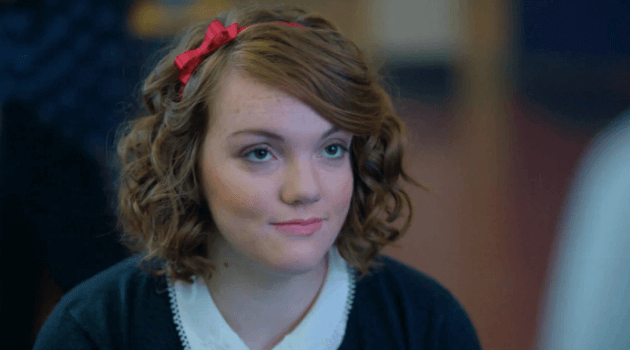 Right off the bat we're shown FP and Alice in bed together, clearly canoodling and quite happy about their totally out-of-the-blue reunion. I'm confused at what prompted this moment, but I do have to admit they look cute together.

fp and alice together…… i think yes #Riverdale pic.twitter.com/zRa2DKagFw

After telling Betty that her speakeasy has been ready for a while, but that she was waiting for Archie to be released before she opened it, Veronica finally realizes it might be a while before Varchie can dance the night away together. She starts putting together plans to open her bar, asking Josie to be the main performer and Kevin to emcee.

i am so tired of josie only being relevant to the riverdale plot line when she sings that's all they use her for and she deserves better pic.twitter.com/WQl8SiXilL

Veronica also enlists the help of Cheryl and Toni in spreading the word about her grand opening. It should be noted that this is one of the only Choni moments we get in the whole episode, but they're still perfect.

me every week watching riverdale: let's get this breadcrumb pic.twitter.com/NwVOIacjLw

Meanwhile, Archie's been having quite a rough go of it in prison. After telling the warden that he wasn't interested in being "tapped," he was put into solitary confinement to encourage him to change his mind. Of course, Arch is way too strong for that, but when the warden takes him out of his cell and reveals the underground prison fighting ring where Joaquin is currently being pommelled, things change for Archie.

The warden tells Archie that he can agree to fight, or he can watch as Joaquin dies. Archie's moral compass kicks in and he agrees to the warden's terms. It's a deeply messed up storyline, but it's surprisingly not the most shocking thing happening this season.

While Veronica is dealing with her grand opening and Archie is trying to figure out how to navigate a secret prison fighting ring, Betty and Jughead are still dealing with the mysterious case of Ethel Muggs. She's back at school after her seizure, and Betty is starting to think that the farm may have something to do with this whole Griffins and Gargoyles nonsense, especially because they see Evelyn talking to Ethel in the school hallway.

They confront Ethel, who agrees to give Jughead a chance to play the game. In a stroke of total savagery, she tells Betty that she'll never be worthy enough to play the G+G, no matter how hard she tries. Considering two people are dead from this game, Betty doesn't seem too upset about her unworthiness.

TFW you're not worthy. #Riverdale pic.twitter.com/c3W6GOrnq3

Although her plans seem to be coming together, Veronica's grand opening can't be completely problem-free. After being threatened by Penny Peabody, she receives a massive shipment of Jingle Jangle at the speakeasy. Not-so-coincidentally, it also arrives just as Sheriff Minetta shows up to do an inspection. Thankfully, Reggie quickly hides the drugs and Veronica makes it through the inspection.

It's also worth noting that Reggie is, for some unknown reason, completely shirtless in the middle of  the bar?? Is it a requirement that all the men in Riverdale have to periodically remove their shirts? Personally, I'm very confused, but also not upset by it.

If there's only one good thing to come out of this season's Riverdale, it's Reggie as a shirtless barman pic.twitter.com/27EuB4fFn9

Veronica is absolutely certain that her father is behind this sabotage attempt, so she enlists the help of Toni and Cheryl in order to blackmail Hiram into leaving her alone. Toni tells V that her father is running a Jingle Jangle production factory in the basement of the White Worm and these three amigos sneak down and snap a ton of pictures to keep Hiram from ruining Veronica's opening night. Again, one of the only Choni scenes we get, and it's a little bit ruined by Veronica.

Me when #Riverdale writers provide just 1 (one) fleeting morsel of a Choni scene pic.twitter.com/xcruSJQQwr

While Veronica is trying escape from under her father's massive influence, Archie is dealing with real problems. He's woken up in the middle of the night and marched to the fighting ring, where he beats his opponent with a single punch to the jaw. And my goodness, does he look good doing it.

It's quite the intense scene, but we quickly transition from this testosterone-filled moment to Dilton's underground bunker, where Ethel has set up about a million candles, and a Griffons and Gargoyles game so she can teach Jughead how to play. They play the game for a while, and Ethel suddenly reveals two chalices, much like the ones that Dilton and Ben drank from. She tells Jughead he has to drink to prove his loyalty. He agrees, but only after Ethel promises to give him the Scripture—the G+G official rulebook.

It doesn't like a good trade-off to me, considering one cup is filled with poison, but Jughead drinks and thankfully doesn't die. Of course, it can't be that easy, and Ethel also demands that he kiss her before handing off the rulebook.

Jughead taking the rulebook after being forced to kiss Ethel #Riverdale pic.twitter.com/8d98gZrxa7

He flips through the book for about five seconds and then turns back to find Ethel drinking from the other chalice, which is clearly poisoned, since Jughead's didn't harm him. He rushes her to the hospital and tells her that she was given the antidote in time, but that she needs to come clean about all this G+G nonsense. Ethel tells Jughead that she knew he would be the perfect person to spread the Gargoyle King's gospel, so she clearly didn't listen to a single word he just said.

It's a tense conversation, made a little bit less serious by the fact that both Jughead and Ethel have blue lips from the drink in the chalice.

Jughead and Ethyl out here looking like #riverdale pic.twitter.com/DIj2vpVmb9

While Jughead is dealing with Ethel's suicide attempt, Betty is dealing with some crazy problems of her own. After telling Evelyn that she might want to join the farm in an attempt to get closer to Edgar Evernever, she's basically ambushed at her house by a group of farmies. They tell her she needs to confess every bad thing she's ever done, which is when Betty learns that Alice has already told them every bad and highly illegal thing they've ever done. Like, everything.

Alice at The Farm meetings spilling ALL THE FAMILY TEA???????????? #Riverdale pic.twitter.com/WrTnpJp4dQ

Betty, of course, is not having any of this nonsense. She walks away, having a single moment where she's clearly feeling very unstable and it looks like she might have another seizure. She makes it upstairs and doesn't talk to Alice again until she's getting ready for opening night at the speakeasy. Even that conversation doesn't go well, however, as Alice refuses to confide in Betty anything she knows about G+G. She evens goes so far as to tell B that she trusts the people from the farm more than her daughter.

"I trust them more than I trust you Betty "

The gang heads to opening night, which would be very fun and magical if it weren't intercut with scenes of Archie fighting. Poor Arch was told by the warden that ending the fight in a single punch isn't entertaining enough and he needs to drag it out more. Archie, of course, doesn't want to hurt his opponent, so he satisfies the warden's bloodlust by allowing the dude's he's fighting to pommel him before ending it, again with a single knockout punch.

He's rewarded for his behavior, but he's so angry at what's happening that he trashes his new room, ruining all his fancy new items in the process. But  you can't keep Arch down for long, and he shows up to training the next day and tells all his fellow fighters that they're going to find a way to escape. Joaquin's on board, but everyone else doesn't seem so certain, so I'm thinking Arch is going to have quite the uphill battle to find his way out of prison.

Look at what you've gotten yourself into now, Arch… #Riverdale pic.twitter.com/rcu3zXXrrC

Meanwhile, Betty and Jug are confronted by Alice and FP, who found the Scripture among Jughead's belongings. Instead of explaining what they know about the game. FP simply burns the Scripture in the hopes that it's the only copy and G+G won't continue without it.

Of course, that's just wishful thinking on everyone's part, as Ethel made copies and gave them to every single student at Riverdale High.

If that weren't creepy enough, we flash to Ethel at the hospital, bowing to the Gargoyle King and telling him that she's spreading his message.

The real game is just beginning. Thanks for watching #Riverdale! Stick around for @cwallamerican NEXT on The CW! pic.twitter.com/gC93KTi9ll

Basically, my mind is reeling after this episode. Plus, we have to wait two weeks before we get any answers as to why Ethel's so keen on worshipping a pile of sticks. See you then!

me after this week's riverdale ep: pic.twitter.com/1450RLmtvV

Looking for the perfect way to show your love for this creepy show? Click HERE for 12 iconic Riverdale quotes that make excellent Instagram captions