If You Love Cats But Are Totally Allergic, This Robotic Kitty Might Be the Next Best Thing

Cats are cute, furry and totally lovable, but that doesn't make them right for everyone.

Maybe you have an allergy or live in a building that doesn't allow pets, or maybe your parents just don't think you're ready. Whatever the reason, a new robotic invention from Japan called Qoobo just might be able to fill that cat-shaped hole in your heart.

On the surface, Qoobo may not seem that close to an actual cat. It looks more like a fluffy circular pillow with a tail than a real animal, but that's the genius of it. 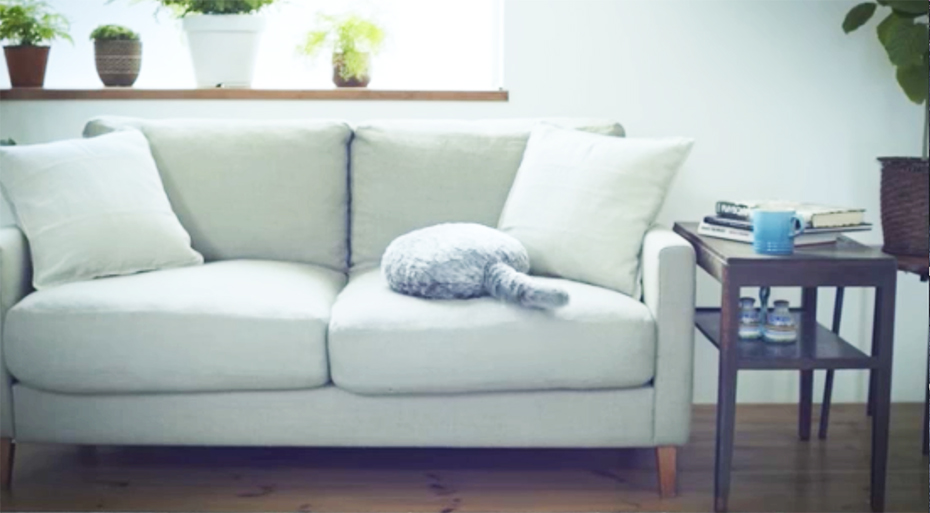 A video for Qoobo argues that a wagging tail is one of the most important characteristics of a real pet, so the Qoobo therapy robot imitates this motion. It seems to not only mirror the slow flick of a cat's tail but also the faster movement of an excited dog's wag.

According to Qoobo's website, the intensity of the wagging will depend on how you pet it. It also vibrates softly, mimicking the purr of a content kitty. While it'll never quite compare to the real thing in terms of playfulness, you'll never need to feed the robot or change its litter box, and unlike a real cat, it won't beg for attention when you're busy and scamper away when you actually want to play. 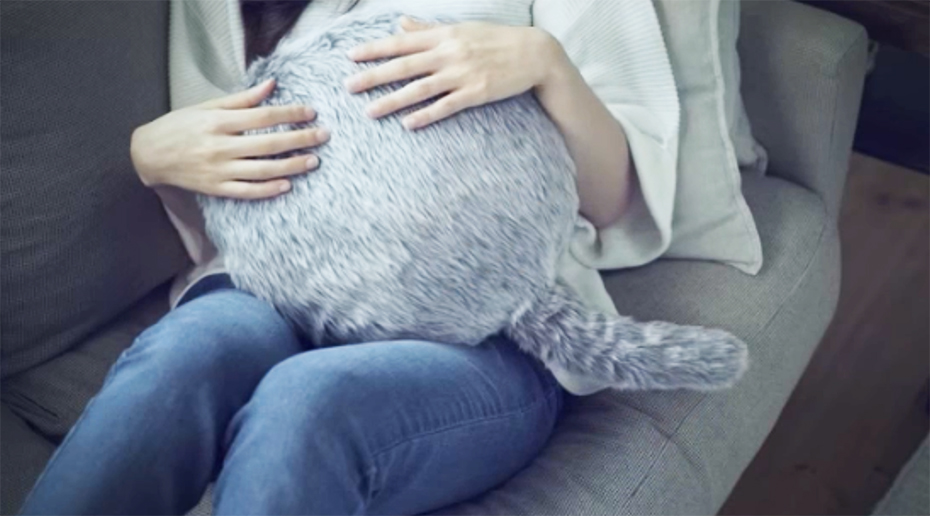 These pillows come in both husky grey and french brown colors, and they'll become available to the public sometime in 2018. No word yet on how much they'll cost, but we're willing to shell out the big bucks for our own robo pillows with tails.

If you love robots, click HERE to see the coolest Star Wars droid toys ever.