Ever heard of roller derby?

It's an inherently female contact sport played by two teams of five individuals skating around either a flat or banked track.

Although I'm not the most athletic girl around, I've oddly always had it on my bucket list to either attend a roller derby event or, even better, try it out for myself.

When I randomly stumbled upon the Derby Dolls, L.A.'s premier all-female banked track roller derby league, I immediately reached out to see if I could visit. 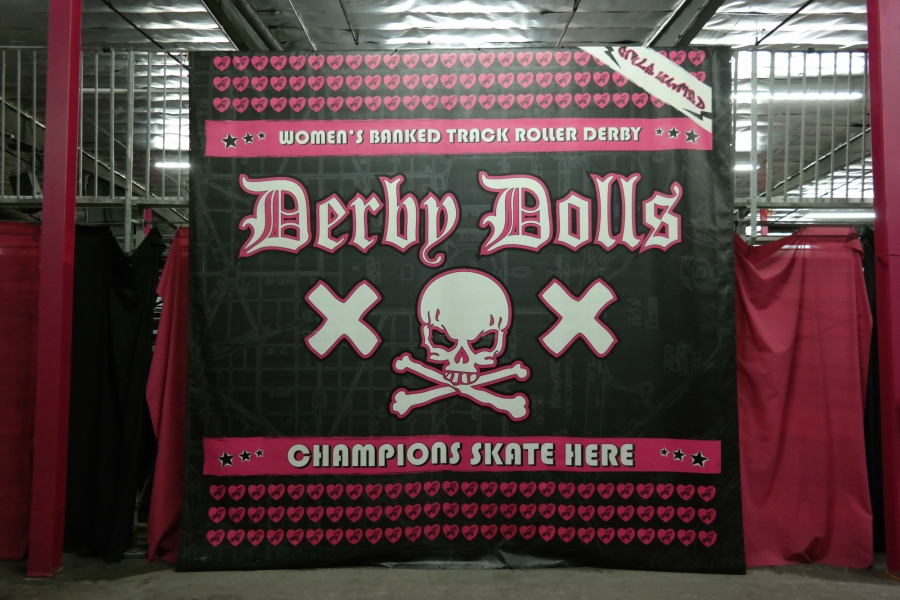 The Derby Dolls got back to me suggesting we try out their Derby Por Vida (or DPV) course—an 18 and older class that allows newcomers to learn the fundamentals of the sport through a thrilling workout.

I signed myself up and enlisted my co-worker Ashley to come along with me. Although Ashley and I both know how to roller skate, we were a bundle of nerves leading up to the practice. 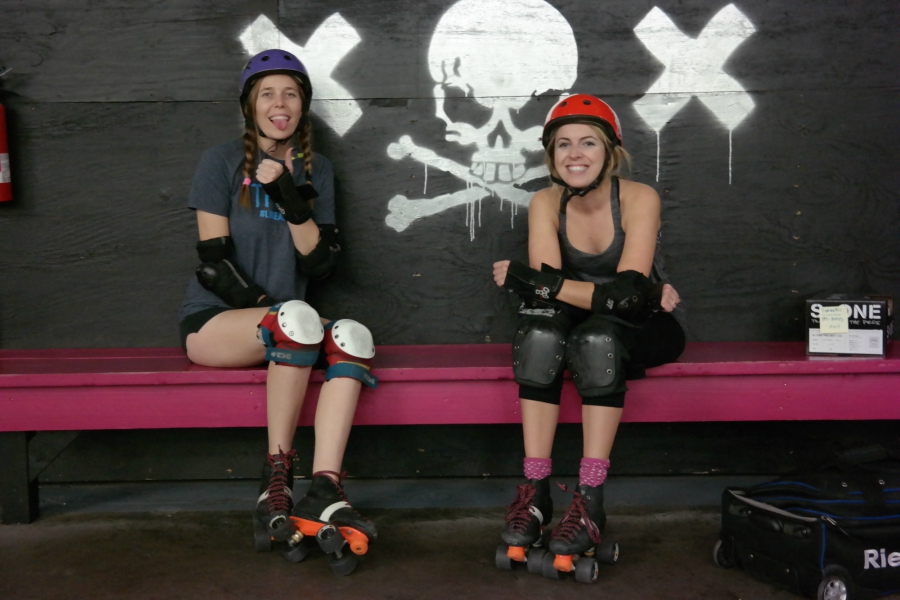 When we arrived at the Derby Dolls banked track, I was extremely intimidated. The only times I've ever roller skated or bladed have been on a flat rink—and, well, this banked one looked a lot steeper than I anticipated. I knew this was going to be a completely different experience.

Our DPV coach, Trixie, greeted us and pointed us toward the buckets of gear we'd need to put on before we entered the rink.

One thing I could already appreciate about this sport was its dedication to safety—we put on the provided knee pads, elbow pads, wrist guards, helmet and—my favorite—a mouth guard. So. much. gear.

We thought we looked pretty trendy. 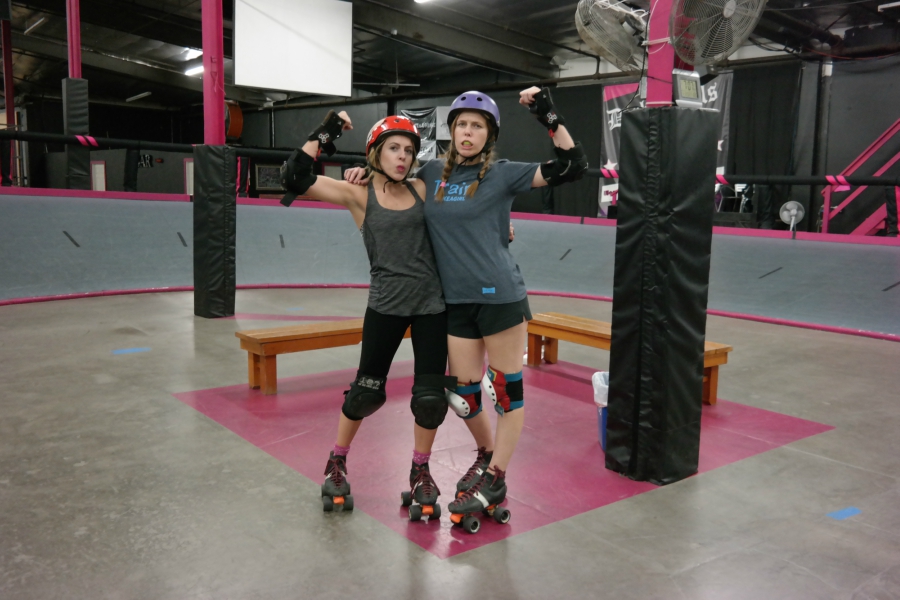 After gearing up, Trixie explained to us that we were joining a class that had already met up four times. The six other girls in the class were also beginners, but they had learned some basic techniques that we'd just have to pick up on as we went. Oy, vey. I didn't like the sound of that.

Getting on the Rink

As strange as this may sound, getting on the rink was perhaps the scariest part of the whole experience.

We were told to enter by putting our left knee on the rink and then slowly standing up, one foot at a time.

The area where we entered happened to be on a curve, so as soon as we stood up we were on our way.

I wobbled and flailed my arms the first thirty seconds or so trying to maintain balance and figure out how not to fall.

After a couple of (slow and shaky) practice laps around the track, I felt like I was in the groove of things. 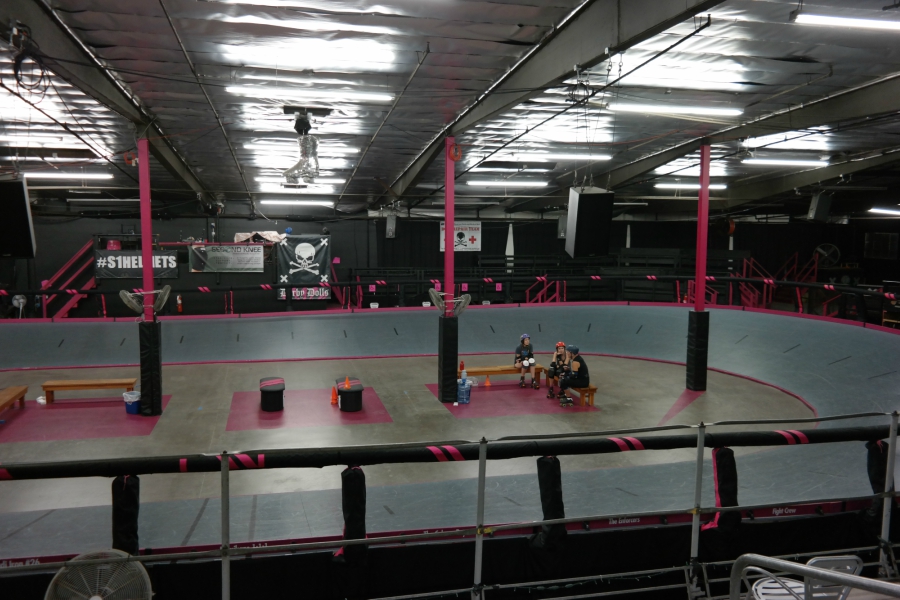 Down to the Basics

Before we got down to the lesson for the day, Trixie made sure our muscles were warmed up. After just 10 minutes of doing push-ups, stretches and planking, I was a little worn out, and more than I'd like to admit—the class hadn't even started yet!

Next thing I knew, we were up on our feet surrounding Trixie and listening to what the game plan would be for the whole day.

In the course of 45 minutes, we would learn three techniques crucial to roller derby: blocking, whipping and boosting.

First on the agenda was blocking. Trixie had us pair up with a partner (I instantly called dibs on Ashley). One of us had to side-step up to the top of the rink, while the other stepped on at the base of it.

Let me tell you, side-stepping up a sloped rink is not as easy as it seems. 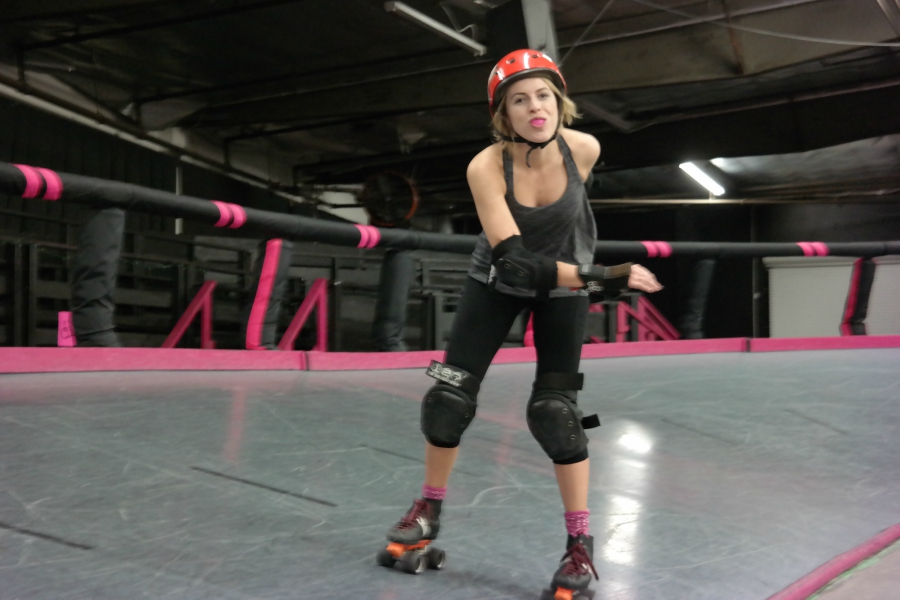 Once we were in position, Trixie gave us the go to start skating. The goal was for Ashley to race in front of me and then block my skating path with her body. Let's just say Ashley was a pro.

The next exercise was more my style, and was one of the reasons I wanted to try roller derby in the first place—whipping.

Whipping is essentially when one skater extends their arm out for a fellow teammate behind them to grab, and then slingshots them forward. It's as fun as it sounds.

Ashley and I worked together and communicated so that I could grab on to her as she twisted her torso and launched me forward. I could have done this drill all night!

This is Ashley moments before gearing up to slingshot me into the curve. 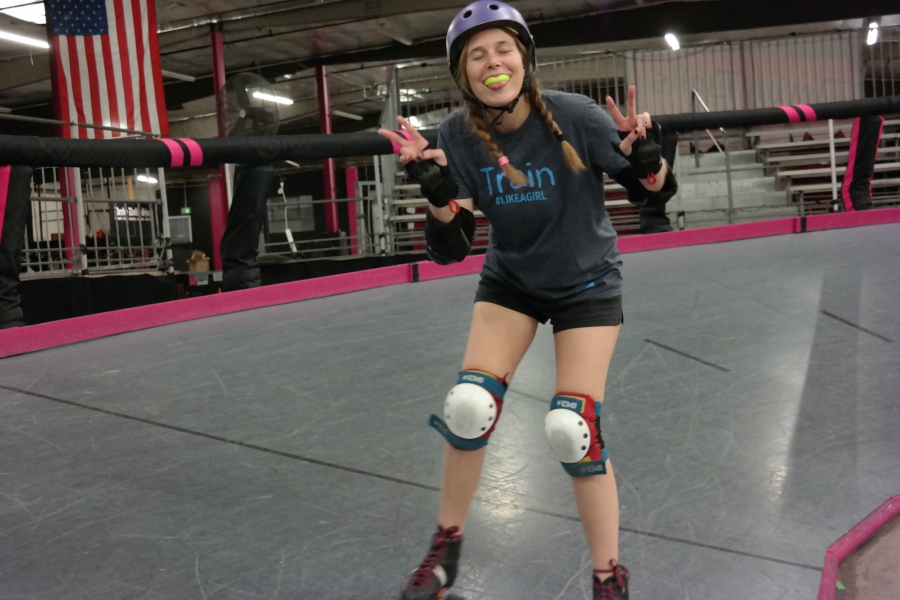 The final drill of the night was similar to whipping, in that the goal of the exercise was to help launch a teammate forward. This exercise was called boosting.

One teammate comes up behind another, notifies them that they're going to give them a boost, places their hands on their teammate's hips and lightly pushes them forward. This gives them more force and speed.

Ashley and I tested this out, and were pleasantly surprised to see how easy this technique was to accomplish. The only thing I regret is that we didn't learn how to brake before this exercise… I may have fallen on my butt a time or two in the process.

With these three techniques in the bag, class came to an end, and Ashley and I finally sat down to take a breather, talk (without our mouth guards at last!) and reflect on the experience. 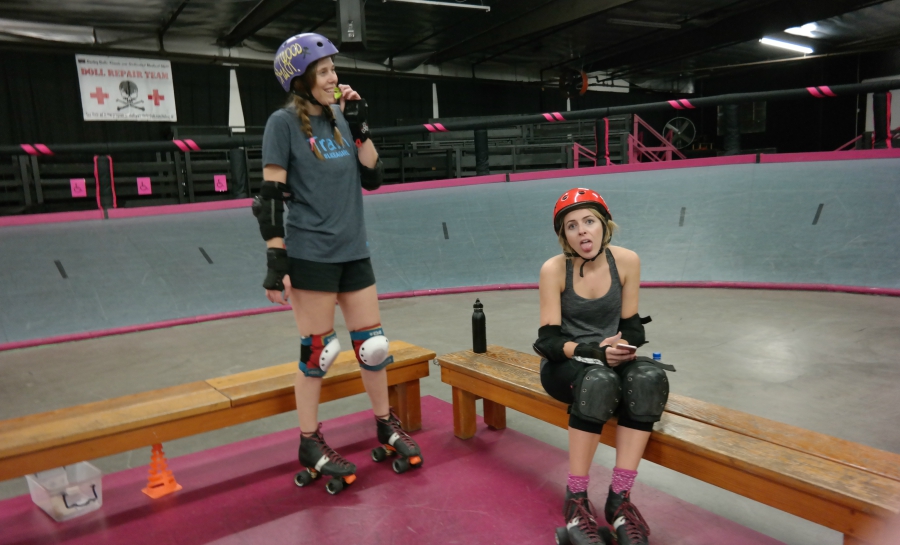 What We Took Away

It's safe to say Ashley and I both left the class feeling empowered, relaxed and like we'd just had an awesome workout—I'm totally feeling it in my legs even days after.

Even though we were both initially scared to set foot in the rink, we learned that once we got rolling (pun intended) the skating skills we'd already had came right back.

From one hour of training for this sport, we can tell that a lot of focus, dedication and hard work is put into the practice. It's an intense sport, but it's all in good fun.

We're so glad that we pushed ourselves to try something new, and I'm so glad I was able to knock something off my bucket list.

Will I try this sport again? Absolutely. Who knows, maybe one day I'll even be brave enough to participate in a league.

This isn't the first time I've tested my athleticism in a unique way. Head on over HERE to read about the time I tried to become a beach volleyball player in six weeks.