Rhythm Platformer Runner3 Is Almost Impossible, and That's Why It's So Hard to Put Down

I've always heard amazing things about the Bit.Trip Runner series, but never gotten around to playing any of the games myself.

When I saw the first Nindie trailer for Runner3 on the Nintendo Switch, I knew I had to check it out. It looked like an eccentric and colorful runner with a great soundtrack, and I couldn't wait to play. More than a year after that first video, publisher Choice Provisions was kind enough to send me a review code for the Switch so I could get my hands on it.

On the surface, the gameplay is incredibly simple. You play as either CommanderVideo or his female counterpart CommandgirlVideo, who run automatically across each level. It's up to the player to help them safely navigate through the level by performing the right actions at the right time.

As my first game started, this simply meant timing my jumps to get over obstacles and holes in the ground. Even at this early stage, when I thought that was all there was to it, I found the game a little tricky—but fun—to play. 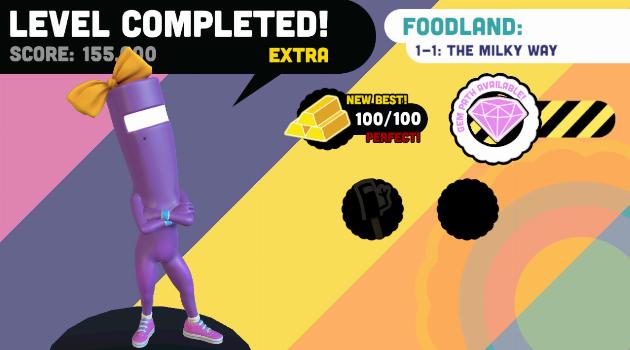 But that wasn't even the start of it. As I got a little better and progressed, the game upped the ante by constantly increasing the challenge. New concepts were introduced nearly every level, and soon I was riding in eggplant airplanes, sliding under low obstacles and enemies, kicking through thin walls, riding minecarts through dark tunnels, activating bouncy springs and double-jumping over bottomless chasms. And I thought the game was tough when all I had to worry about was jumping.

Once I learned all of these abilities in the first world, the rest of the game was about honing each of those skills with laser precision. Subsequent levels manage to combine obstacles in increasingly devious ways, and the only way to get through them is to improve. 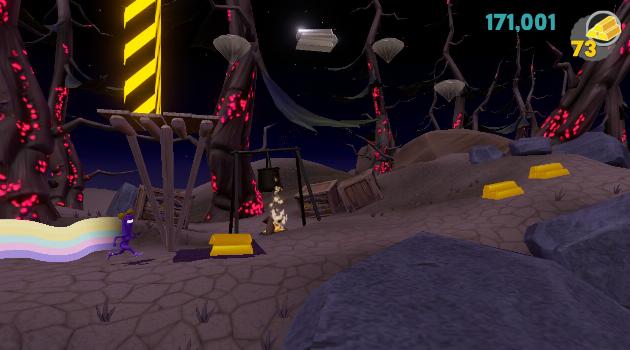 When you first visit each level, there are 100 bars of gold to collect along the way. At first, grabbing every one feels like a natural extension of the level, but within a couple of levels, going out of your way for them adds another layer of pressure onto an already dizzyingly hard experience. Though I planned to be a completionist and get them all, I was soon happy just to be able to complete the areas at all. After you've beaten a level, there are also 25 gems to collect there, which are even more ridiculously tough to get. The game even counts your deaths, so you know exactly how much trouble you're having with each stage. 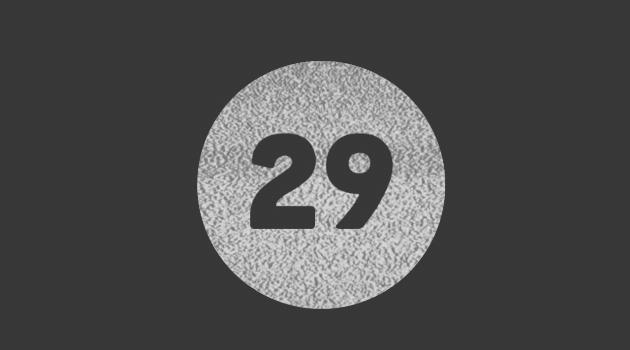 There are three main worlds in the game with nine regular runner levels each, and with the replayability of going back to get every last collectible, you could stay busy for a very long time—particularly if you find the game as challenging as I do. But that's not even the half of what Runner3 has to offer.

Firstly, the game includes a few boss battles. While the first boss, Sausage Santa, throws away the runner aspect for a strangely straightforward battle, the rest incorporate the running, jumping, kicking and sliding of the rest of the game into perfectly tense action set pieces. 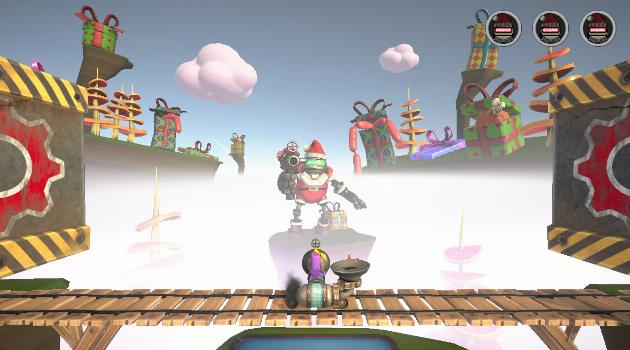 And there are even more difficult levels embedded in the game for those who really want to put their skills to the test. Get enough gold to open up "Impossible Levels," which I currently can't even dream of finishing. Collecting hard-to-find VHS tapes unlocks retro levels, which are more classic platformers without the runner aspect. 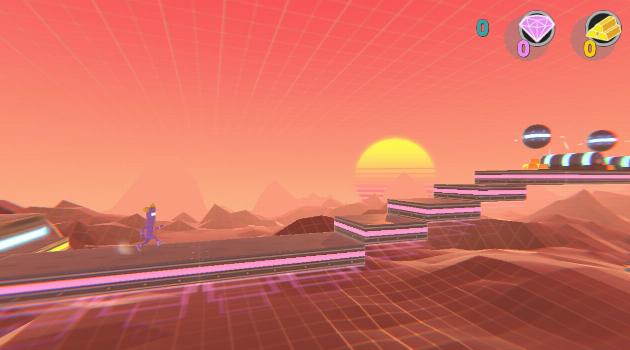 But in spite of the incredible challenge, I'm loving my experience with Runner3. Getting to a checkpoint or finishing a level feels like a hugely satisfying accomplishment every time.

Early on, I also made the mistake of playing with the sound off. This is a game that should always be played with headphones. First, the music in the game is a delight. Secondly, it's a rhythm game in disguise as a platformer, so if you're not tuned into the sounds of Runner3, you're going to struggle.

Still, everything in Runner3 feels fair. The game is progressive, and when you return to the beginning levels you once found super difficult after hours of play, you can see just how much you've improved along the way. The stuff that once stumped you is now a reflex response—though my heart still skips a beat when I encounter a bunch of steps in a row.

On top of all that, the game is extremely charming, despite the intensity of the gameplay. Throughout the food, haunted house and machine-themed worlds, the levels look stunning. It's actually a shame you can't really stop to enjoy them because your character is always on the go, and admiring them spells sure death. My favorite world is Foodland, but each level is creative and worth watching someone else play in order to see everything the design has to offer. 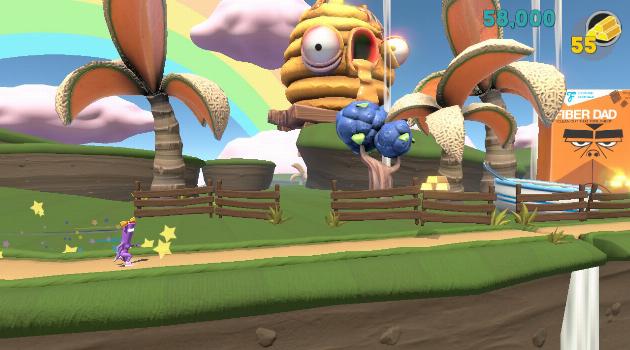 The game is also playfully narrated by Charles Martinet, who famously voices Mario, though the wild and wacky details of the story are way less important than the gameplay itself, and the catchy music comes to life as you play and artfully move through each level.

Of course, Runner3 isn't without its problems. While the levels are great, they can sometimes feel like they go on for too long. With only a single checkpoint in the middle of the level, a stage that goes on for four or five minutes becomes particularly grueling. For less skilled players, it would be really nice to have the option for more lenient checkpoints.

Runner3 also incorporates some interesting camera movements, which can look cool, but make it difficult to see what's coming up as you're going around a curve. I've died way too many times because the camera was doing something weird.

And this is a small, weird gripe, but the intense rumble that happens every time you die is way too much. I've turned it off, and recommend others do, too, because it makes the deaths even more stressful than they need to be.

But Runner3 succeeds because of the challenge. However hard it got, I always felt motivated to continue. Even as I was into dozens of deaths, I rarely felt extra frustrated or discouraged. I kept telling myself I'd give it one more try before playing it again and again until I actually beat the level.

Though I've managed to beat the main game, I plan to keep playing and get good enough to play all of the levels that now seem impossible, and I know that it'll be worth every moment.

Runner3 is out today for Windows, Mac and Nintendo Switch for $29.99. To see the game in action yourself, check out the trailer below.

Runner3 was on our list of the most anticipated games of 2018. Click HERE to see which other games made the cut.