What You Should Know About All That Star Ryan Alessi

If you haven't been watching Ryan Alessi on Nickelodeon's All That, you're missing out.

The actor and improv comedian has a special knack for cracking us up, and we just had to learn more about him. This week, he told us all about the little things that add up to Ryan Alessi. Keep reading to find out more. 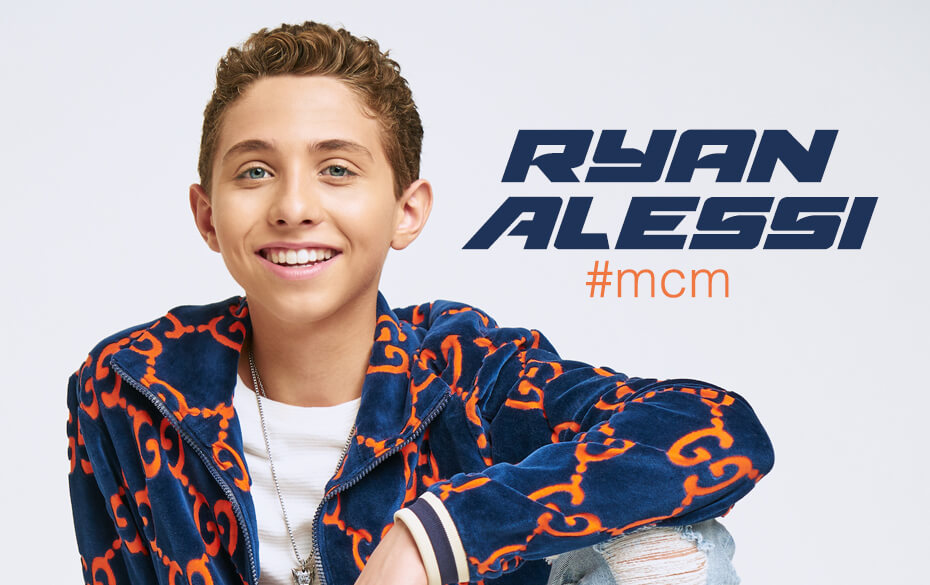 1. Ryan has an epic collection of old-school magazines.

"If I'm anywhere near an antique shop, I'll go in and look for Mad, Life and Time magazines. I don't collect to resell them for a profit. I enjoy reading about what was happening in the world at the time of the publication. It's basically a condensed history lesson with pictures."

2. He'd love the chance to travel to Italy for a week.

"Italian culture has influenced the world with its art, architecture, food and fashion. Also, since I am Italian, it would be nice to trace my family's roots."

3. He's more of a DC guy than a Marvel guy. The first comic book he ever read was a Batman story, and he's obsessed with the Dark Knight trilogy and other Christopher Nolan flicks.

4. He says he's unexpectedly good at putting together fashion looks.

"When I have free time, I watch runway shows and follow fashion brands and designers. It's a dream to create my own fashion line one day."

5. He believes his Pisces zodiac sign is a pretty accurate representation of who he is.

"Pisces are known for being artistic, romantic, imaginative and dreamers. It's a water sign, and I am a varsity swimmer, so I fit the traits of a Pisces pretty well."

6. In three words, Ryan would describe himself as "fashionable, funny and loving."

7. He says the biggest risk he's ever taken was coming to Hollywood to pursue his dream of becoming an actor.

"I heard a lot of nos before I finally heard the first yes. It's been quite a journey with a lot of hard work, but it finally paid off."

8. He's a loving guy whose most-used emoji is the heart ❤️

9. He finds inspiration in all kinds of places.

"If I'm looking for career inspiration, I watch films and research directors, producers and actors. However, I'm mostly inspired by fashion designers. There's an art form to what they do, and a piece of clothing can influence an entire culture. I'm sure everyone can remember the green Versace dress that Jennifer Lopez wore to the Grammy Awards in 2000, or Lady Gaga's infamous MTV Music Awards meat dress. Fashion is a form of personal expression and clothing choices tell a lot about a person."

Is Ryan your Man Crush every week? Click HERE for the perfect captions for all your #MCM posts.