Ryan Beatty Behind The Scenes At Sweety HQ!

In our latest episode of SweetBeatTV, go behind the scenes of Ryan Beatty's live studio cover of "Thinking Out Loud" by Ed Sheeran!

Live from Sweety High Studios, Ryan discusses why he chose the song for his latest cover, plus his plans for "Thinking Out Loud" to be his wedding song!

He also talks working on his new album and writing new tracks, shows off an impressive impression of Kermit the Frog and gives some advice to fans on how to live the summer to its fullest.

Ryan reveals so much in this interview that he jokes it'll be his last interview ever!

Check out the video above and let us know your favorite part in the comments below! Also be sure to check out his "Thinking Out Loud" cover here and join one of our fan clubs only at SweetyHigh.com! 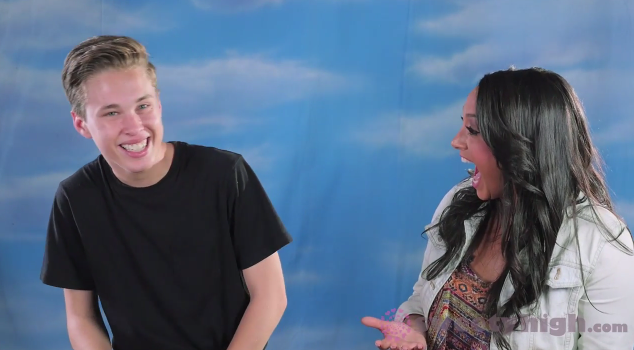