Ryan McCartan Is Literally Everything (And Obviously Our Man Crush Monday)!

We can't get enough of Ryan McCartan as the dreamy yet down-to-earth jock, Diggie Smalls, on Disney Channel's Liv and Maddie. He's charming on the show, but just as charming IRL, and we honestly can't believe all that this man has accomplished in just a short period of time! He acts, he sings, and he's taking the world by storm. Obviously he deserves to be our Man Crush Monday! 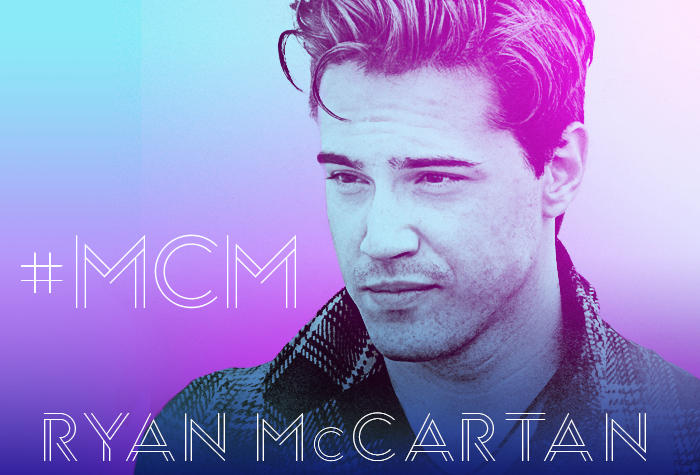 Favorite Food: Fettuccine Alfredo (but only the way his mom makes it)!

1. Ryan and his girlfriend, Dove Cameron, didn't actually like each other when they first met before their chemistry read for Liv and Maddie ?. After they read together, they def saw the chemistry. Phewwww, what would we do without this power couple?!

2. Ryan and Dove are both super talented singers and decided to start their own band, The Girl and the Dreamcatcher. We can't handle how good they are. Their new single, "Glowing in the Dark," gives us all the feels.

3. Ryan is playing Brad in Fox's The Rocky Horror Picture Show remake. He'll be playing alongside Victoria Justice! Great duo in our opinion ?.

4. He was named Best Actor at the 2011 National High School Musical Theater Awards (this is a top honor in the program and is only awarded to two people a year)! Ummm, can you say impressive?

5. Ryan frequently talks about how he ❤️'s Skittles with a passion, so the brand once sent him a bag FILLED with Skittles. The only problem was that they addressed the bag to Austin Mahone. NBD, Ryan ate them anyway?.

6. His sister Allison is also an actor and recently toured the US with the musical version of Shrek. C'mon how cool is that?

7. Besides his role on Liv and Maddie, you've probs seen Ryan making appearances in other television series like Austin & Ally, Last Man Standing, or The Middle. AND, UM HI, remember him as Liam in the movie Summer Forever with our girls Megan Nicole and Alyson Stoner?!

Isn't Ryan just the perfect example of a Man Crush Monday? We thought so too. And now that you know a little more about him, you have to get all the deets on how his band, The Girl and the Dreamcatcher, was formed HERE.