Ryan Potter, who stars in the upcoming animated movie Big Hero 6, is also the founder of an awesome charity called Toy Box of Hope, which gives toys to homeless children during the holiday season. 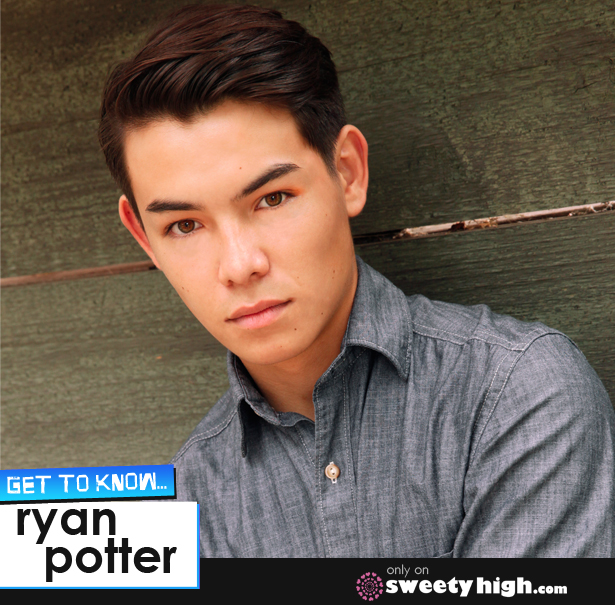 Ryan told us what inspired him to create Toy Box of Hope and collect toys so homeless kids could have something to look forward to for the holidays!

Ryan was born in Oregon, but was raised in Tokyo, Japan, until he was 7.

"When I first moved back to the United States, coming from Japan, I was kinda shocked by the amount of homeless people that were visible," he explained. "In Japan, homeless people don't hang out on main streets. They kind of blend in with society and take care of themselves. Seeing the dominant homeless population in Los Angeles really just broke my heart."

Though there are many  organizations that aid people who are homeless, most of them focus on homeless adults.

"I noticed there isn't really a lot of help for the younger homeless population," he said. "It's kind of a tricky situation. Because they're minors, they're not allowed to be at certain shelters. It almost becomes impossible to track down homeless youth and help them."

Ryan knew he had to so something to help, so he created Toy Box of Hope. During the holiday season, the charity collects as many toys, sheets and clothes and as much money as they can and donates to shelters that take care of homeless youth.

"It encourages them to see that there is hope, and to remember that there are people looking out for them," he said. "That's really all Toy Box of Hope is."

Toy Box of Hope wasn't able to have an event last year, due to time constraints, but they were still able to collect lots of supplies, which were donated to the West Side Battered Women and Children's Center. We hope it can return in full force this year!

For even more from Ryan Potter, check out our other interviews and stories below! Follow Ryan on Twitter and Facebook and be sure to check out Disney's Big Hero 6 when it premieres on November 7!