Here's What We Know About Netflix's Sabrina, the Teenage Witch Reboot (So Far)

Sure, we were excited for the dark spin that the CW's Riverdale brought the Archie Comic world, but we never could've guessed how impatiently we'd await its supernatural spin-off.

If you're major a Riverdale fan like us, then you need to catch up on everything we know so far about Netflix's dark horror take on Sabrina, the Teenage Witch.

Whether or not you read the comics as a kid or watched the '90s TV show, you can still obsess over this witchy tale. Keep reading to find out all the deets we currently know about next year's Netflix reboot:

The Title Is Getting a Spooky Makeover

The story of Sabrina Spellman is getting a darker tone, so the title should get darker, too, right? This comedy-turned-occult-drama will mirror the comic books titled, The Chilling Adventures of Sabrina. Along with the title, the storylines will get a dramatically spookier makeover.

The story will revolve around Sabrina, a half-witch, half-mortal, who must battle the forces of evil… all while surviving her already tumultuous teen years. Sound familiar? One vampire slayer seems to come to mind. 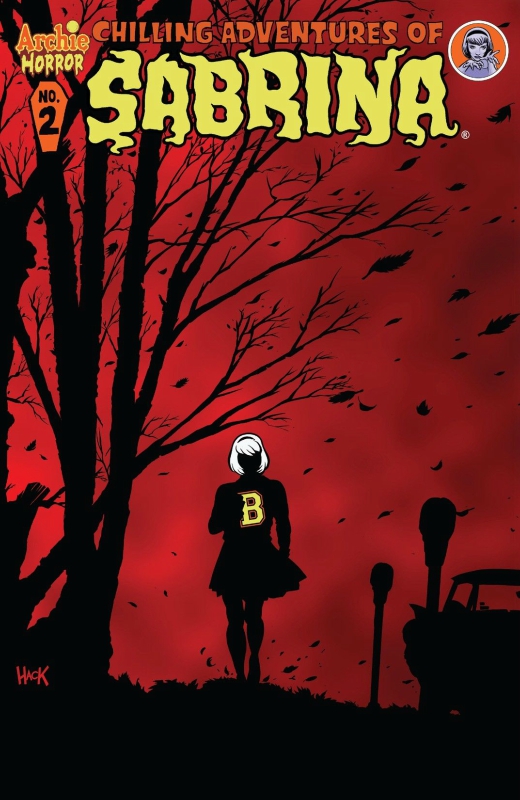 The OG Sabrina Will Be M.I.A

While many have speculated as to whether or not Melissa Joan Hart, the actress who played Sabrina in the '90s, will be part of this reboot—the sad answer is that she will not… at least thus far.

Despite Riverdale's love for bringing back teen dreams from the '90s—*cough cough*, Skeet Ulrich (FP Jones), Luke Perry (Fred Andrews) and Madchen Amick (Alice Cooper)—Melissa is, so far, not slated to make an appearance. Of course, there's plenty of time to plan a cameo. 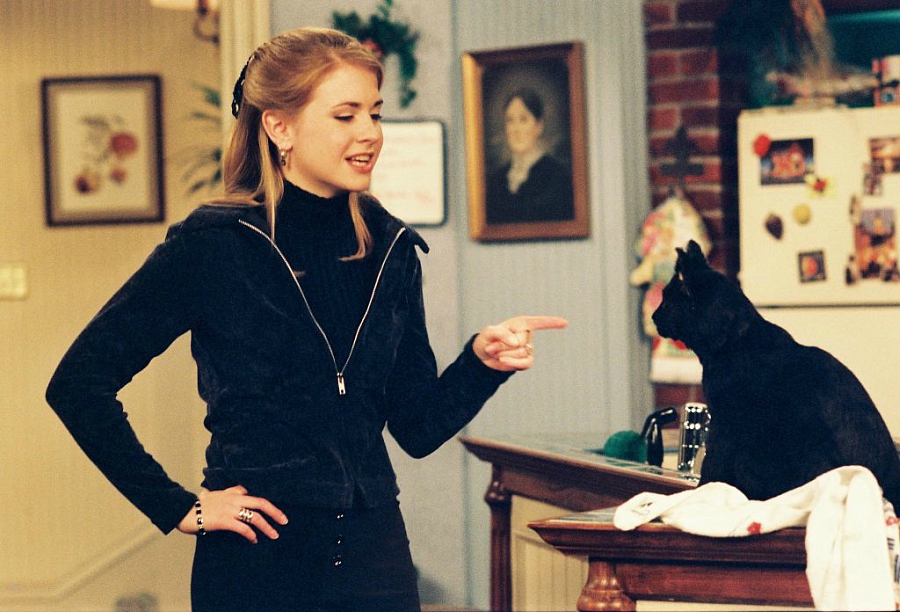 A spin-off can hardly exist without a show to spin off from. But because Sabrina will head directly to Netflix (sorry, CW!), will we actually see any crossover of the characters? We can't be certain that Sabrina and the Riverdale gang will ever come face-to-face, though we obviously hope so.

Sabrina Spellman Is a Question Mark

Whether she rubs elbows with Betty and Veronica or not, we can't wait to find out exactly who will bring Sabrina to life. While many have reflected on who the lucky starlet could be—guesses ranging from Zendaya to Sabrina Carpenter—we remain as clueless as ever.  Though, we wouldn't be surprised if the role went to a newbie, just like the majority of the Riverdale cast.

And hey, let's not forget about hunky Harvey. We're equally excited to find out who will play Sabrina's main squeeze, who we definitely expect to see in the revival. 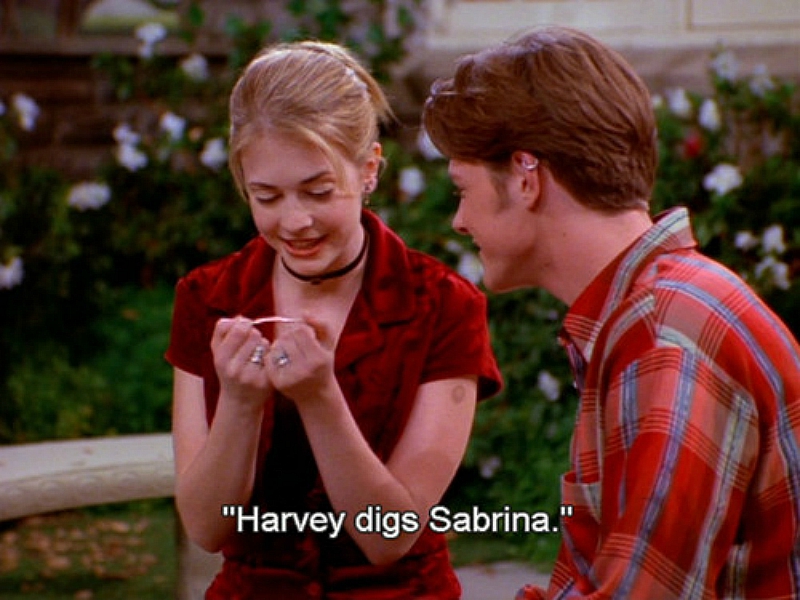 The CW Is Still Involved

The spinoff will still be a total Warner Bros. collab. Roberto Aguirre-Sacasa, the Chief Creative Officer at Archie Comics, and Executive Producer and writer of Riverdale, will be writing the new adventures of Sabrina. But Roberto isn't the only Archie executive producer to be joining this project.

He'll be in good company with Greg Berlanti, Sarah Schechter and Jon Goldwater. You may not know their names, but Greg and Sarah are practically the head superheroes over at the CW, as they oversee everything from The Flash to Supergirl to Legends of Tomorrow. What can't this team do?

For viewers of the original series, you know that Sabrina's righthand man was actually a feline. Salem, a talking black cat, was the always unimpressed peanut gallery mainstay of the original series and provided tons of comic relief. Should we expect to see something as abspurrrrred in the revival?

Cole Sprouse AKA Jughead thinks not. Betty's other half spoke out at Comic Con saying, "Everyone in the audience takes it super seriously, it becomes increasingly more difficult if you have, like, a cat that talks."

Though his sentiments were shared prior to the confirmation of the witchy revival, we're still skeptical on whether or not Salem will make an appearance in the reboot. 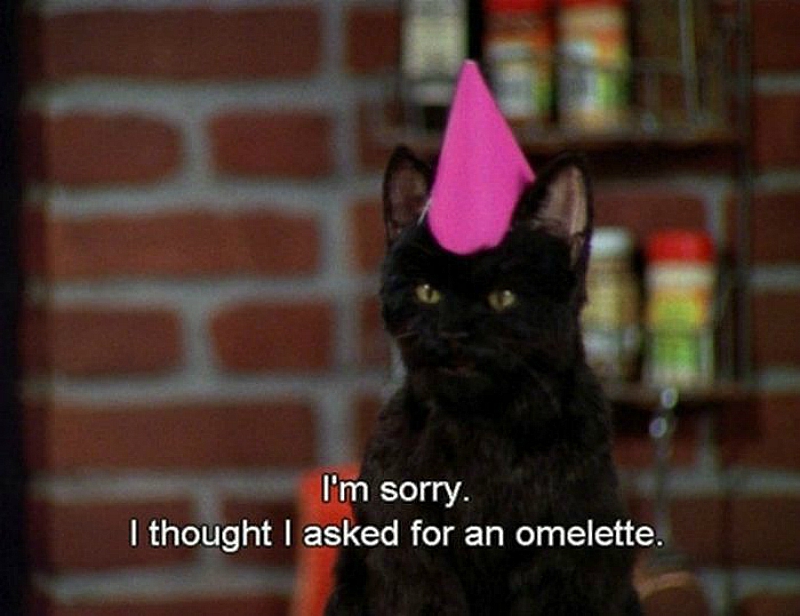 The series is already getting two seasons on Netflix (yes, two!), and each season will have 10 episodes. This is a binging dream come true. But why the switch from the CW, you ask? It came as quite a shock to us as well, considering the show is obviously a companion to the CW's Riverdale.

Apparently, since Warner Bros. is still developing a reboot of the other popular '90s witch show, Charmed, the network couldn't  support two occult-inspired dramas at once. Really, this transition is a win-win for us all.

We may still have tons of questions when it comes to the revival of Sabrina, but there's a more pressing Riverdale question afoot. Click HERE for speculations on who we think might be Jughead's mom.