The Mean Origin Story Behind the Sadie Hawkins Dance

The Sadie Hawkins Dance, when girls ask the guys, is an awesome opportunity to forget expectations and make that first move on your crush.

But Sadie Hawkins' origin story is a bit less empowering. 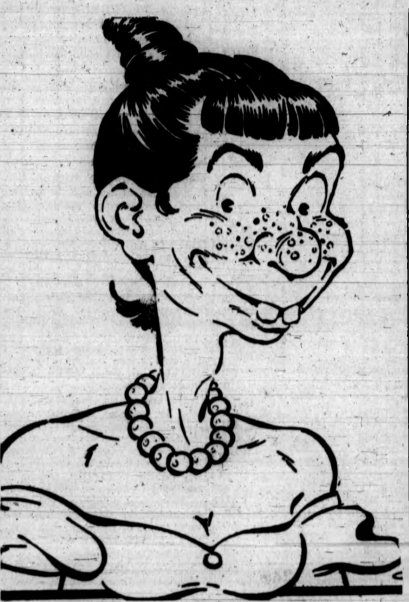 Sadie Hawkins was a character in an old comic strip called Li'l Abner, originally appearing in 1937. She was considered the "homeliest" girl in the town of Dogpatch, and when year after year she had trouble finding a husband, her father created "Sadie Hawkins Day."

On the special day, all of the town's bachelorettes participated in a race with all of the unmarried men. If a woman could catch one of the men before the end of the race, he'd be forced to marry her by local law. 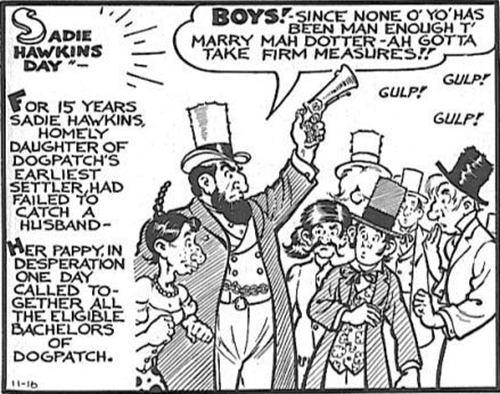 At the end of the day, Sadie had outrun a man and he was her husband. It was considered such a success that it became an annual event that single men in Dogpatch came to dread.

With its associations to the ugliest girl in town and men being forced to marry against their will, you'd think Sadie Hawkins Day wouldn't live beyond the comic. Somehow, the concept caught on and Sadie Hawkins Day became a holiday celebrated every Nov. 15.

Over time, the idea of girls chasing boys in a race transformed into them asking guys to be their date to a dance, and the Sadie Hawkins Dance was born. Don't let the original Sadie Hawkins story discourage you from asking first!