Sailor Moon has been one of my favorite anime characters since I was 5 years old. She's a sassy super heroine who is obsessed with eating and sleeping—two of my favorite pastimes.

I'm definitely not the only person who shares this admiration for the moon princess and her fellow Sailor Scouts. This past Saturday I attended a quaint little get together in Sycamore Grove Park to celebrate International Sailor Moon Day and it was truly magical. 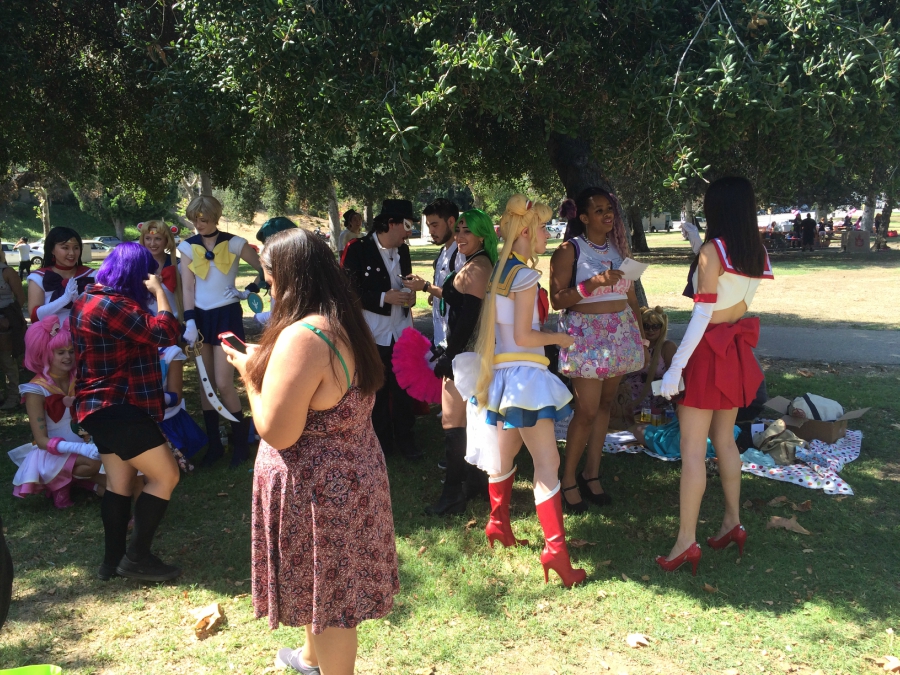 A handful of people attended the event to chat all things Sailor Moon with their fellow Moonies.

Many attendees—myself included—showed up in everyday clothing. But there were plenty of cosplayers who did not disappoint with their elaborate costumes.

One of my favorites was this duo who dressed up as a punk version of Sailor Neptune and Sailor Saturn. 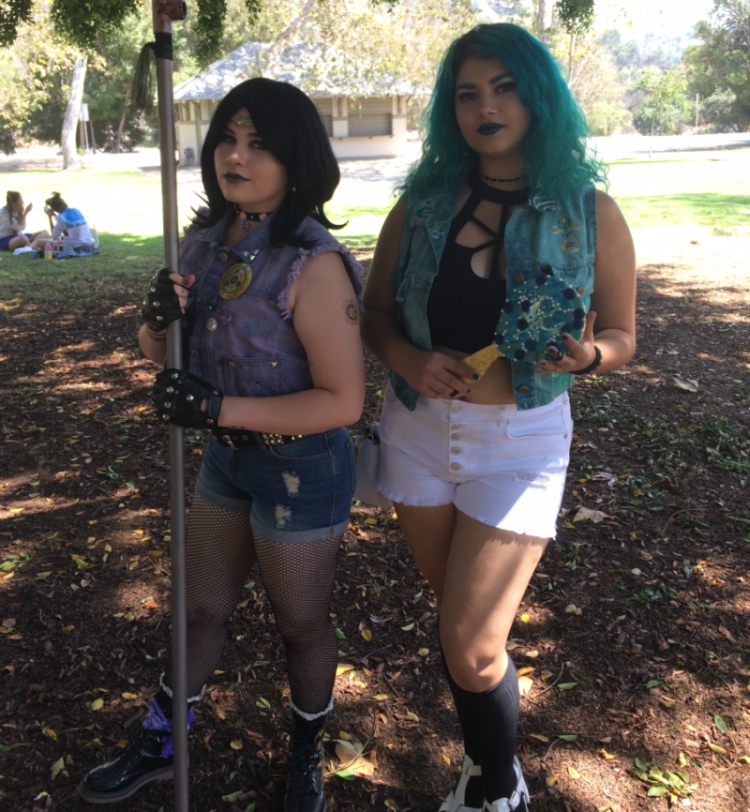 Their unconventional twist on these characters is nothing short of creative.

And while many cosplayers opted to be more traditional in their Sailor Scout ensembles, there was a Sailor Venus who opted for the civilian look. 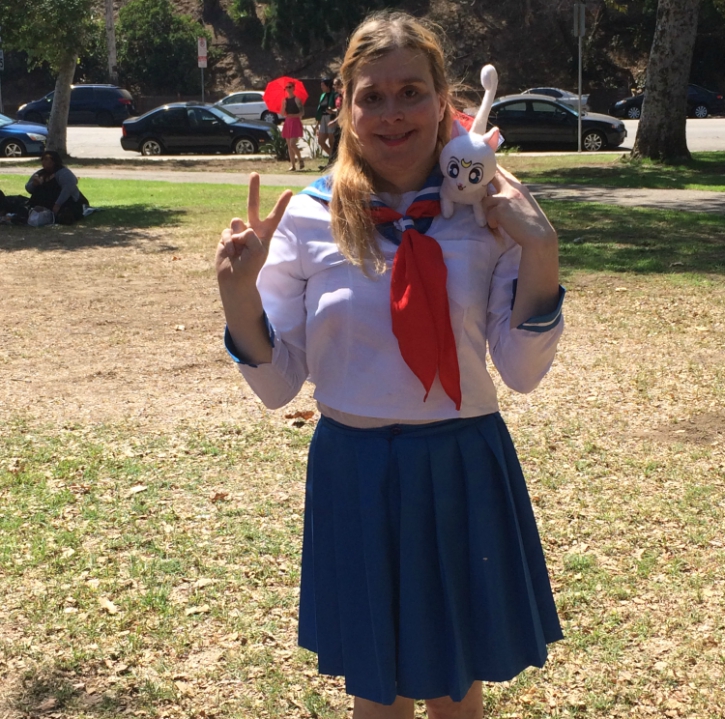 She even pulled it all together with an Artemis plushie that never left her side.

There was, however, one min-cosplayer that stole everyone's hearts at the festivity. Dressed as a tiny Sailor Jupiter, this cutie was the highlight of the event. 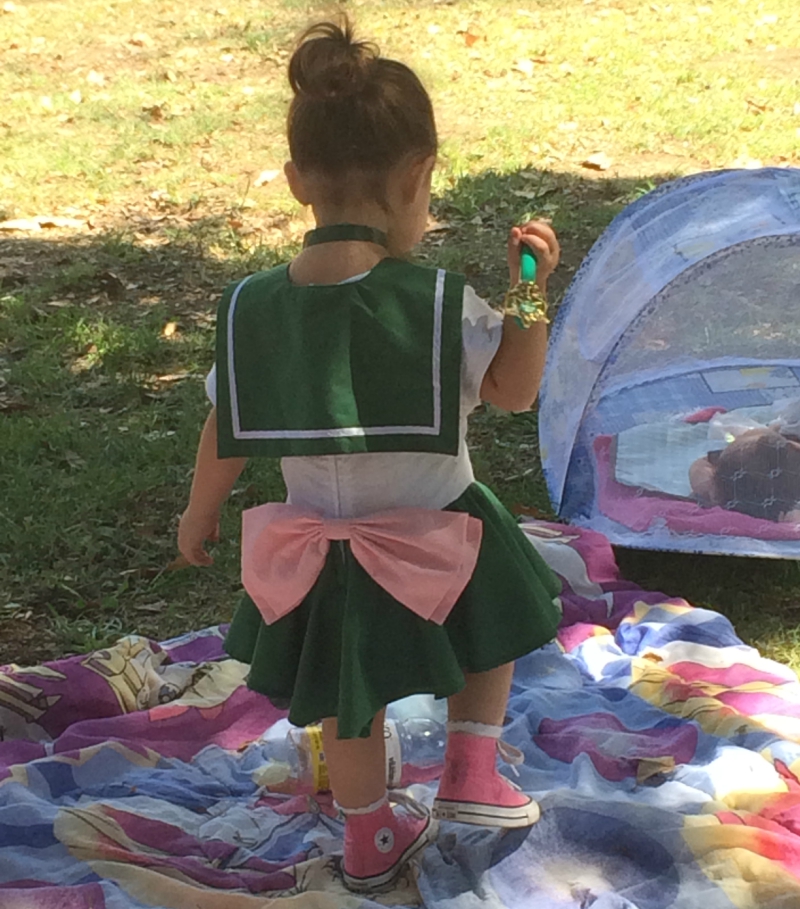 I am not the biggest fan of little kids, but my icy heart melted the moment I caught a glimpse of this adorable girl. If she doesn't put a smile on your face, nothing will.

Before I forget, I have to give a shoutout to these lovely ladies who put some serious time and effort into the attire they rocked over the weekend. 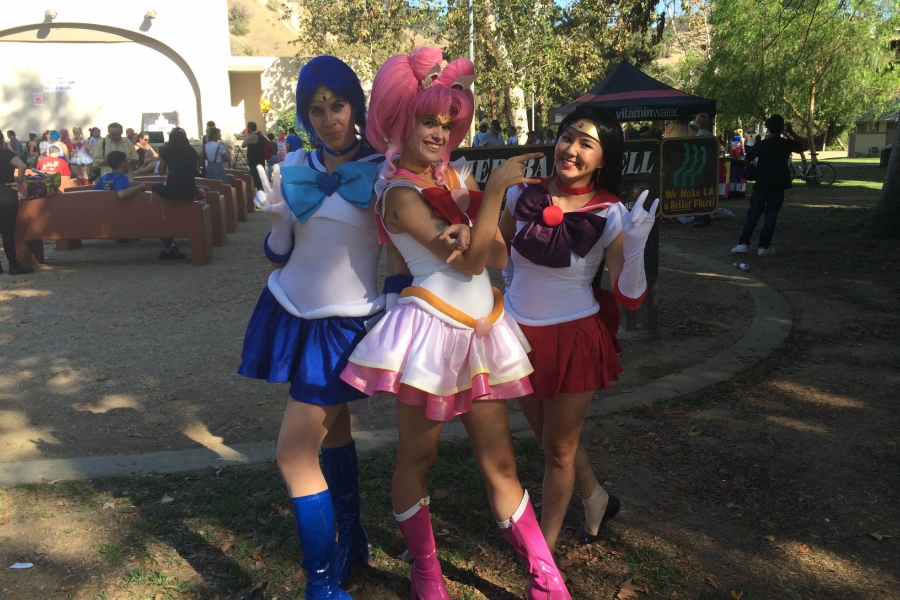 All cosplayers aside, I thoroughly enjoyed the sense of community surrounding International Sailor Moon Day.

Since I'm not super up-to-date on my Sailor Moon knowledge, I was a bit intimidated attending an event all about the series and its characters. But even the most enthusiastic Sailor Moon fans were in no way elitist with their expertise on the subject.

At the close of the ceremony, everyone joined in a sing-a-long of the theme song to the American version of the show, with not a single person being "too cool" to belt it out.

I'm positively excited for what the event will bring next year. Who knows, maybe I'll even cosplay as Sailor Moon?

If cosplaying is a little too much work for you, you can still get into the sailor spirit by rocking THESE Sailor-Moon inspired items every day of the week.