Last week, we reported that ice cream shop Salt & Straw was introducing Halloween flavors featuring real blood and insects. This week, I visited my local Salt & Straw in Venice, California, to put those flavors to the test. 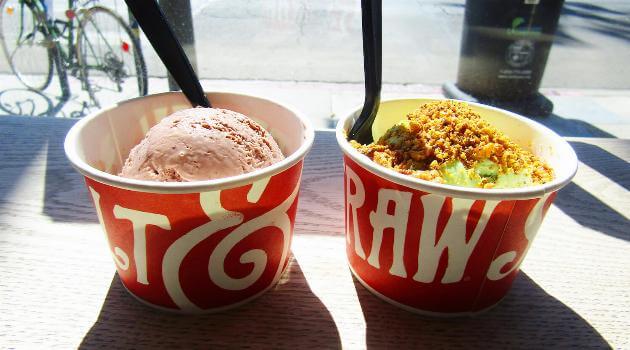 I ordered one scoop each of the Dracula's Blood Pudding and the Creepy Crawly Critters, and with a bit of trepidation, dug in.

I wasn't sure what to expect when I gazed at the ball of pink-brown ice cream that was Dracula's Blood Pudding. I knew that the key ingredient was pigs' blood, but could only imagine what that might taste like in scoop form.

When I hear the phrase "blood pudding" I think of black pudding, aka blood sausage, which is a British breakfast staple which also features pigs' blood as its primary component. It's salty and savory and packed full of meaty flavor, and I'm a huge fan.

When I took my first bite, I was pleasantly surprised to find it wasn't savory at all, and instead was subtly sweet. I quickly discovered that this wasn't based on a black pudding at all. The flavor was extremely hard to place, but to me it tasted like a cross between very subtle cherry and chocolate flavors. It reminded me of a light spumoni, minus the pistachio. 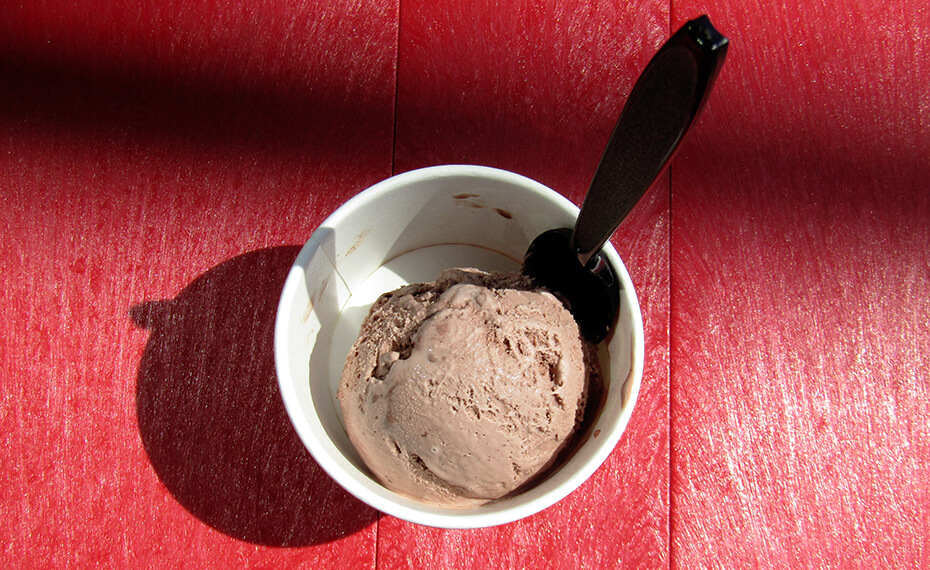 Occasionally, I'd scoop up a darker, gooier bit mixed into the ice cream. Was that the pigs' blood? I couldn't tell, because it had the consistency and flavor or a light caramel. According to Salt & Straw's website, the flavor is a result of combining the blood and a unique combination of spices.  Together, these sweet flavors blended perfectly. But even though the metallic taste of blood or umami flavor of meat were nowhere to be found, when I thought about the fact I was chowing down on pigs' blood, I did gross myself out a little—though that couldn't stop me from finishing the whole thing.

Salt & Straw's Creepy Crawly Critters flavor is loaded with dark chocolate-covered crickets and topped with coconut toffee-brittle mealworms from Don Bugito. Although I was initially worried to give it a try, the appearance put me at ease. It looked like a bright green ice cream covered in brown bits—at least when I didn't look too closely and spy whole mealworms n the brittle. The employee behind the counter even sprinkled extra bugs on top because he was so confident I'd like them. He wasn't wrong. 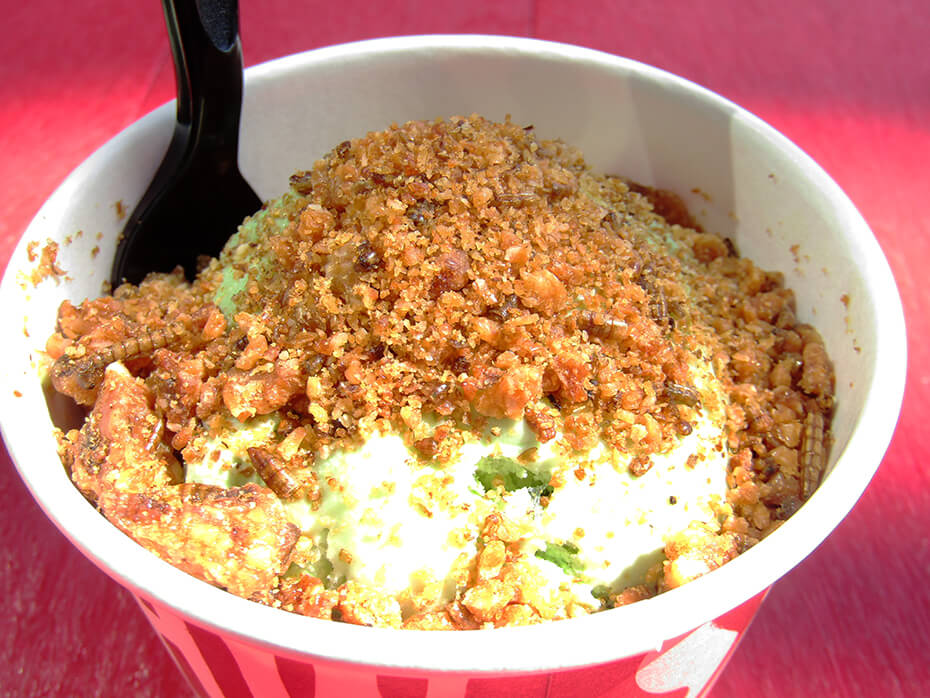 I took my first bite and was delighted to find that the bugs were crunchy and sweet. They tasted like a coconut granola, and the fine texture was an awesome complement to the ice cream. Though I couldn't quite land on a flavor there, either, it tasted slightly like a very light pistachio flavor.

This flavor was so easy to scarf down. Once I got past any resistance I had to eating mealworms, I had no trouble getting through the rest, hungrily eating up all the bug-filled brittle first. Being covered in chocolate made the crickets a non-issue entirely. With both flavors, the ingredients themselves may have been gross, but nothing about the flavors was. In a blind taste test, no one would suspect a thing (though that would be a pretty cruel thing to do to someone). They made me confident that the next time someone dared me to eat bugs, I wouldn't think twice about taking them up on the offer. 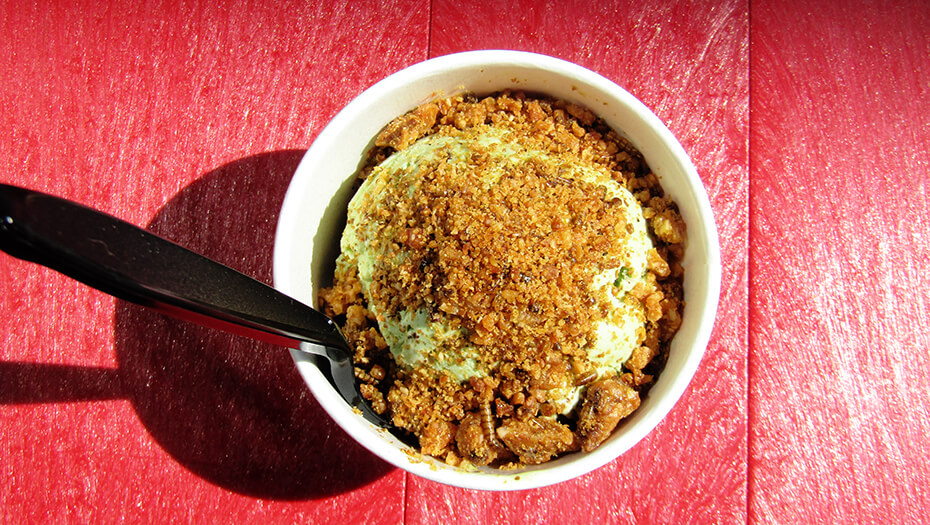 If you don't think you can stomach blood or bugs in your ice cream, Salt & Straw has some non-icky Halloween ice cream options for their fans as well. Their Great Candycopia is a butterscotch ice cream mixed with bits of homemade toffee bar, peanut butter cup, Snickers and Twix to fulfill all your trick-or-treating cravings. Mummy's Pumpkin Spiced Potion is a vegan ice cream take on a pumpkin spice latte, and Essence of Ghost is a white and grey fruit sorbet. All of those flavors sound so tempting I may need to make a return visit before Oct. 31.

Don't forget to take pics of your creepy ice cream experience, and click HERE to discover the most Insta-worthy ice cream cones in America.