Samantha "Sam" Gordon is an 11-year-old football running back whose speed, skill and determination in the sport have attracted fans from around the globe. We recently spoke with Sam to get the inside scoop on her history as an athlete and hear about her experiences and inspirations! 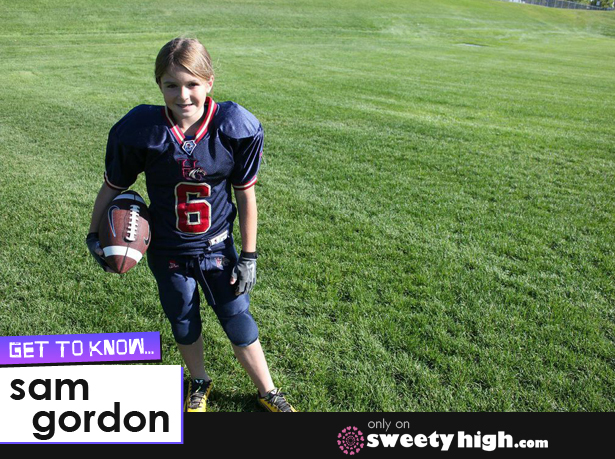 "I loved that nobody could catch me!" Sam told us. "Two things help me as a football player:  I am really fast and I'm not afraid to hit someone hard."

In her first year of playing football, Sam proved her mettle played against mostly all-male teams. Toward the end of 2012, her dad uploaded a YouTube video demonstrating her talents. Within a couple of days it had been watched almost 5 million times. 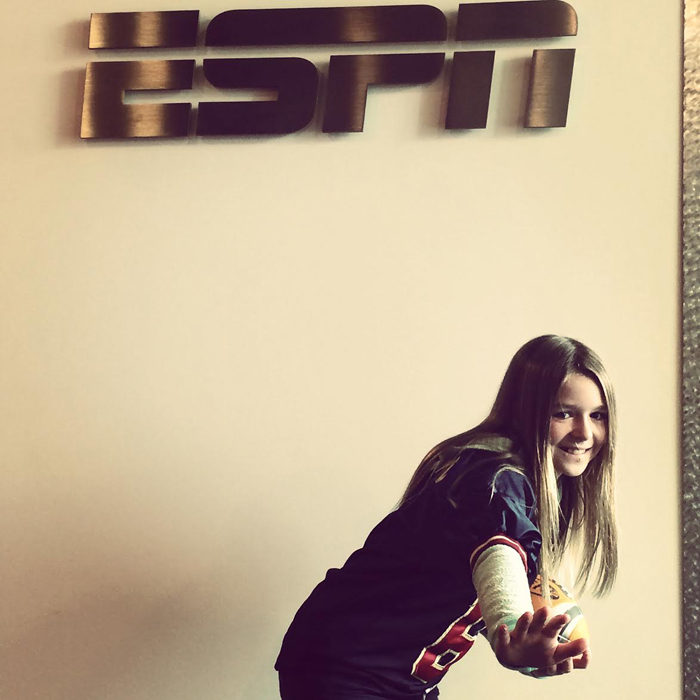 "When I first appeared on Good Morning America, my friends at school were so excited and were like, 'Sam, I just saw you on national TV!!!'" she explained.  "I really love doing interviews and speaking at events because I get to meet a lot of really awesome people."

"But the best by far was being invited to the Super Bowl by NFL Commissioner, Roger Goodell," she said. "I was in a Super Bowl commercial, I went to the media day, I was in a skit with Alec Baldwin on the NFL Honors Show, wore a dress given to me by Oscar de la Renta down the red carpet, and I sat in the luxury suite with the commish and a lot of famous people – our suite was next to Jay Z and Beyonce's!"

Sam was also the first female football player too ever be featured on a Wheaties box.

"I thought that it was a big honor to be on the box that has had so many other famous athletes like Michael Jordan," she said. 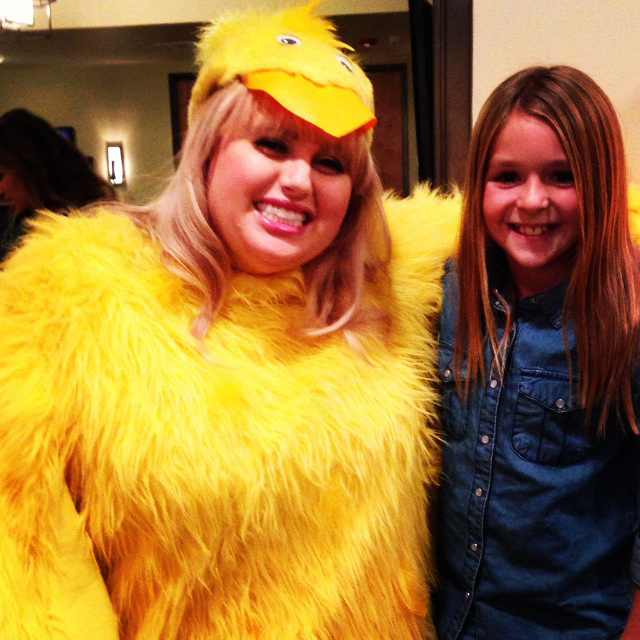 "I like soccer the best because I get to play with all of my girl friends and go to out-of-state tournaments together," she said. "One day I'd like to play for my country on the US WNT and win a gold medal and a World Cup."

She's also built up quite a presence on YouTube. Not only does she share videos demonstrating her football abilities, but she also does vlogs, room tours and other videos like many other young YouTubers.

She described the experience as "FUN!!!"

"That's what my channel is about, playing sports and having fun!" she said. "I play sports almost every day and when I'm not playing sports I'm just always doing fun things."

Sam said that, as a girl, she adds a little extra something to her team, that otherwise consists of all boys.

"Girls are more fun than boys so I bring a lot of fun to the team," Sam said.

Her biggest sports inspirations include Abby Wambach and Alex Morgan from the US WNT and more.

"I love Kyle Beckerman, who is the player from the men's national team you saw during the World Cup with the dread locks," she said. He also plays for our Real Salt Lake team. For football, my favorites are JJ Watt, who I met when I won a Cartoon Network Hall of Game trophy, and Colin Kaepernick who I met on the day he got his first start in the NFL."

Inspired by Sam Gordon? Let us know what you think of her accomplishments in the comments below, and share your own girl power sports stories with us at Sweety High!