Samantha Swords is a sword fighter, writer, filmmaker, artist and special effects technician who took first place in sword fighting championships and worked on films such as The Hobbit, District 9 and Superman: Man Of Steel. We spoke with Samantha to learn about each of her areas of expertise and the things that inspire her! 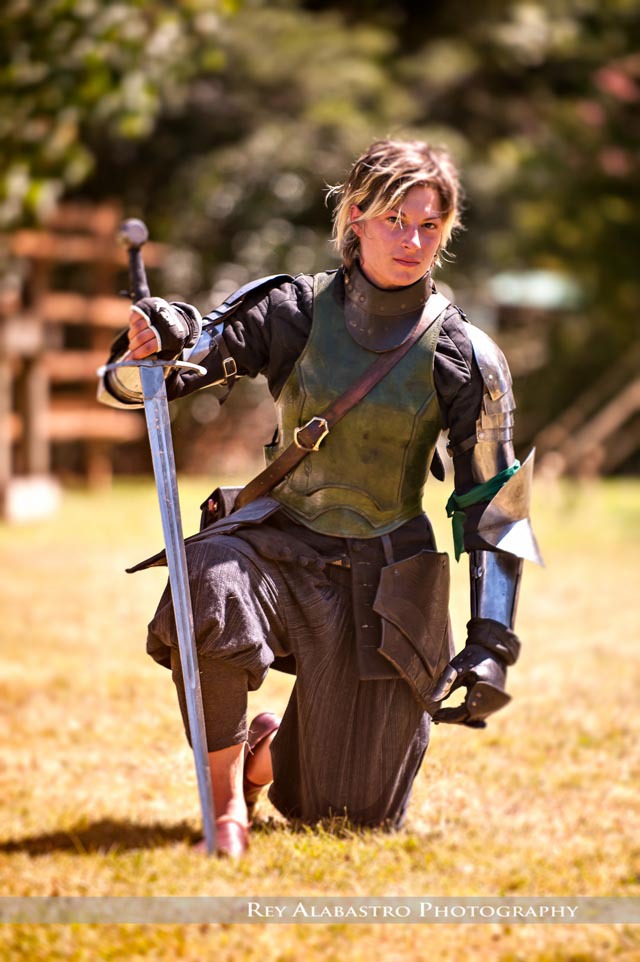 Samantha took an interest in medieval swords when she was very young.

"My mum made me a wooden sword and I was always (getting into trouble) in the playground having stick fights with the boys," she said.

At the time, Samantha had no idea that sword fighting had historically been a martial art, and that it would someday be a sport she'd compete in internationally.

The Lord of the Rings film series came out when Samantha was a teen. She was inspired by the action she saw brought to life onscreen.

"I watched the special features and saw that the actors had been trained by Bob Anderson, a master swordsman who was one of Hollywood's great choreographers," she said. "It was the first time I had seen longswords being used in an artful way, and even though it was for film I was encouraged to learn the real skill of sword combat."

"As soon as I could, I found a club where I started training," she said.

The Lord of the Rings series also exposed Samantha to the industry of prop creation. All of the props and creatures of Middle Earth had to be painstakingly crafted by artists from New Zealand's Weta Workshop.

"It's really unusual for film makers to go to the rich level of detail they did, but it meant that Peter Jackson documented the whole thing and showed that there are highly creative, hands-on careers for people like me," Samantha explained. "I focused on learning technical craft skills for theatre and film, and always modeled myself on the standard I had seen in the making of LotR."

Samantha pursued her passions and joined Weta Workshop. After two years there, one of Samantha's dreams came true and she had the opportunity to work on The Hobbit.

"It was my dream to work on The Hobbit," Samantha said. "It was hard work and there was no clear way to go about achieving that goal; just persistence, adapting to setbacks and always remembering what I loved and wanted to do."

In 2013, Samantha competed in the Harcourt Park International Jousting Tournament's sword fighting championship. She came out of the fight as the winner. 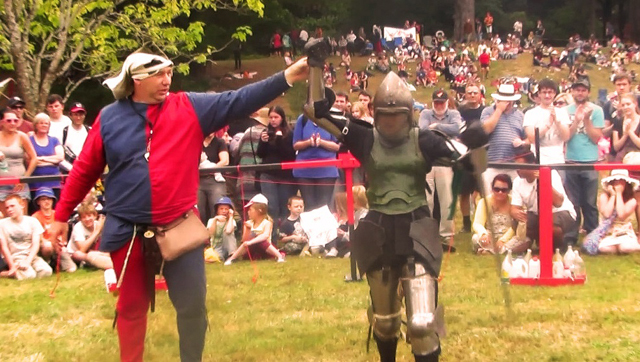 "Winning the tournament was a real surprise for me," she said. "I had been in other competitions and learned early on that being a good fighter doesn't always mean you win according to the rules, so when I entered Harcourt Park I was really relaxed and had the attitude of just wanting to see how I measured up against all the other guys."

Before the fight, she did all she could to prepare. She worked on being more careful in the ring, because her hotheaded passion would sometimes compel her to close in on her opponents.

"When I was in the ring I let my rivals come to me," she said. "It worked really well, because I used their own force against them and so they made mistakes that I took advantage of."

Samantha says that she didn't necessarily perform at her best in the tournament, but that she did do better than her opponents under the circumstances.

"That's all you really need to do in a fight," she said. "I wasn't even watching the scores, I just focused on improving my performance in every round. To have that translate into becoming the champion was amazing."

As a specialist in so many areas, Samantha said it's very hard to pick a single passion that's closest to her heart.

"I'm very active, so fighting and exploring nature makes me very happy… but I am very fulfilled by drawing, or making things with my hands," she said. "Telling stories as a performer is also very much a part of me, but then I love being an instructor as well."

Samantha said that it's sad that there isn't really a word for a person who has such a large range of skills and flexibility in a number of different areas.

"People should be able to develop themselves and do many different things without it being unusual," she said. "Perhaps the thing I'm most passionate about is growing, learning and becoming good at whatever I choose to do."

After all, success isn't about doing everything by yourself. She said it helps to have the love and support of people who believe in you.

"I have always followed what I want to do, but I have had so much support from my wonderful Mum who always encouraged me to do the things that made me happy," she said. "I'm at the top of several really unusual fields, but I couldn't have succeeded without friends and loved ones who have helped me along the way."

Discovering your true talents and passions, and finding people who will share them with you, is about pursuing your interests, she explained.

"Everyone is different and has something unique that excites and fulfills them," she said. "Being true to yourself and what you love is going to be strange to a lot of people, but will also attract many others who share your interests. Have fun! I think it takes a lot of courage to be honest to yourself but in the end, you'll be happier for it."

To learn even more about Samantha and her work, tune in this weekend for part 2! Also be sure to leave your thoughts in the comments below and share your own unique talents and interests with us at Sweety High!