Earlier this week, we shared an interview with sword fighting champ, artist and filmmaker Samantha Swords! Today, we share her work with the Wizards and Warriors Summer Camp in Reading, Massachusetts! 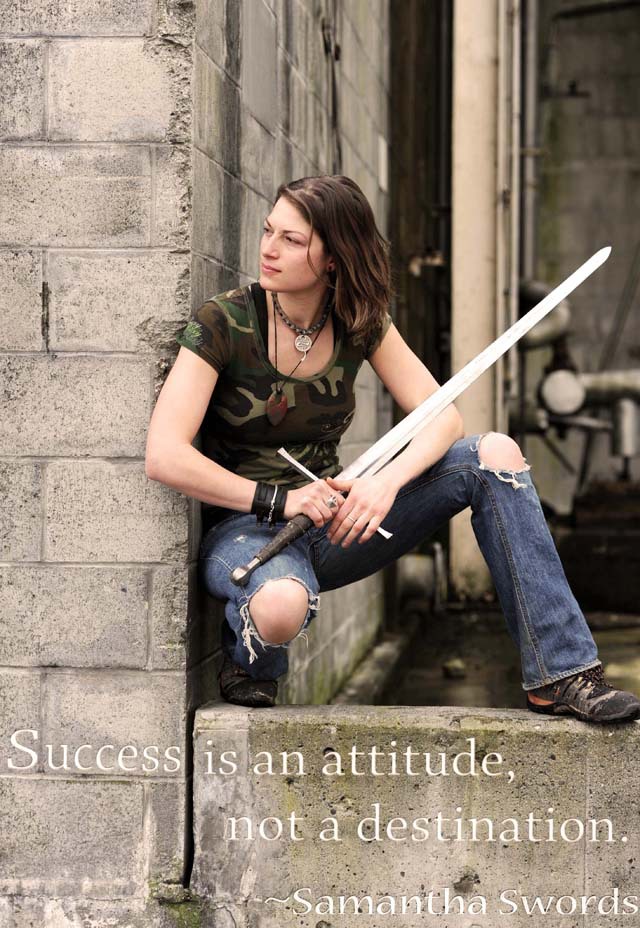 This summer, Samantha worked as a counselor at the Wizards and Warriors Summer Camp, where the campers become heroes who protect the world from villains and find items to help them on their quests. Throughout the duration of the camp, these young people drive the story through the choices they make during the game.

"Working with younger people is really important to me," Samantha explained. "I clearly remember what it was like to be 15… 9… 5 years old, and how much I wanted someone older to understand and guide me. I didn't really fit in, and it has taken me ages to work out a lot of things, so I guess I am being the big sister to others that I always wish that I had."

The Wizards and Warriors camps gives kids an opportunity to try new things in a safe, new environment.

"What Wizards and Warriors Camps are doing is giving young people a place they can try on a character, and become a better version of themselves," she said. "Their actions have consequences, but at the end of the day they can go back to their regular life and hopefully make good decisions when there's a hard choice to make."

The camp also lets these young people follow along with a story they can be passionate about.

"I think that people really gain from having legends about heroes and villains," she said. "Being a part of a community like that for a month or even a week of camp can give a person so much more grounding, and give them more confidence to face big challenges out in the real world."

At the camp, young people are faced with scenarios that involve teaming up and facing multiple threats that the young heroes react to by setting priorities.

"Information can be found, alliances made with NPCs [non-player characters], there is even a game economy and many different story threads happening all the time," she said. "In every encounter the players can try to negotiate or fight with other characters, and how they choose to handle things affects the story from then on. Having a clear fantasy environment makes it easier to cope with scary situations, so young people can find out the results of their actions without it being too much to deal with."

All of the counselors, including Samantha, also play characters that drive this story. Samantha also took on some additional duties.

"As well as being a Swords Master (fight trainer) and a counselor-character, I was a part of the management team so I was co-writing the plot and helping deal with any problems that came up," she said. "My role was a fixer, so I went wherever I was needed to help with the logistics behind running the game. It meant I could move around quite freely, and was able to work with a lot of young people over the course of the camps."

Samantha's character was an airship captain as well as a ranger whose skills included stealth.

"This year's camp was Norse-themed and my character ended up being a Raven of Odin, so I was able to bring in a lot of real mythology and have a very physical performance as a shapeshifter," she said. "She was really fun to play!"

Though Samantha takes on many roles, she said that her most incredible experiences are ones where she can touch the lives of others.

"I meet these extraordinary humans who are pushing themselves to do and be their best, and it's really inspiring to connect with them and see how I can become that myself," she said.

If you missed part 1 of our interview with Samantha, be sure to check it out below! You can also join our community at Sweety High to share your own girl power heroes with us and more!