Pretty Little Liars aired its final episode on Freeform a few weeks back, and we can't help but feel a bit empty inside knowing it's all over.

The liars unmasked A.D. and moved on with their lives just like that. Unfortunately, we don't move on so quickly.

Though we've been able to fill the PLL-shaped hole in our hearts with some other shows (hello, Riverdale!), it's just not the same.

The only way we'd truly be able to get over the PLL series finale is if Sara Shepard's (aka the genius behind the PLL novels) latest book series became a TV show.

In November of 2016, she debuted a brand new novel called The Amateurs, with a sequel to be released later this year. 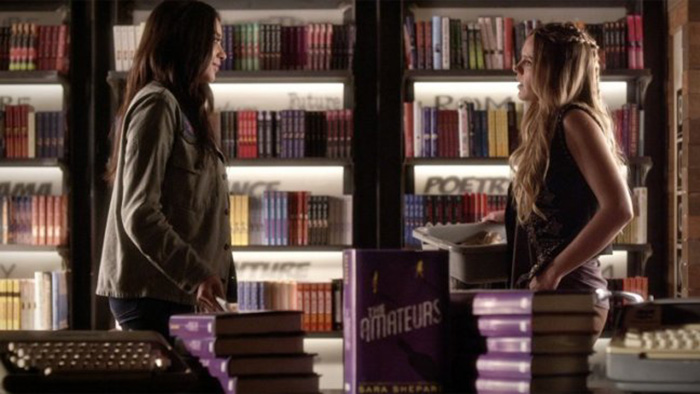 We read The Amateurs when it was released and we're still obsessing over it—especially its jaw-dropping ending which continues to keep us up at night. Before we get into that, we should probably tell you what the book is about.

After Aerin Kelly's older sister Helena is mysteriously murdered, Aerin reaches out to an online crime-solving community called Case Not Closed in hopes someone will help her uncover the truth about her sister's death. Aerin's cry for help is answered by Seneca Frazier, Maddy Wright and Brett Grady who set out to answer the question regarding what really happened to Helena Kelly.

Much like PLL, this mystery novel is full of chilling twists and turns that will leave you breathless. Engaging and thoroughly well-written, you'll instantly connect with each of the main characters. And the ending. Even if you're Sherlock Holmes, you won't see its conclusion coming until it hits you square in the face.

We could go on and on about how incredible this book is, but you really just need to read it for yourself to know what we're talking about.

And Freeform, if you're looking for your next hit, The Amateurs is it. So what do you say, huh? Ready to turn it into one of the greatest TV show series of all time? We're waiting…

We chatted with Sara when her book was released and she shared some surprising secrets about the novel, including which podcast inspired the series. Find out which one it is HERE.