We love a good campy Halloween movie as much as the next person, but what do you watch on those nights you want to be seriously creeped out this month?

Grab the popcorn and dive into these seven shows on Netflix that are scarier than any Halloween flick. 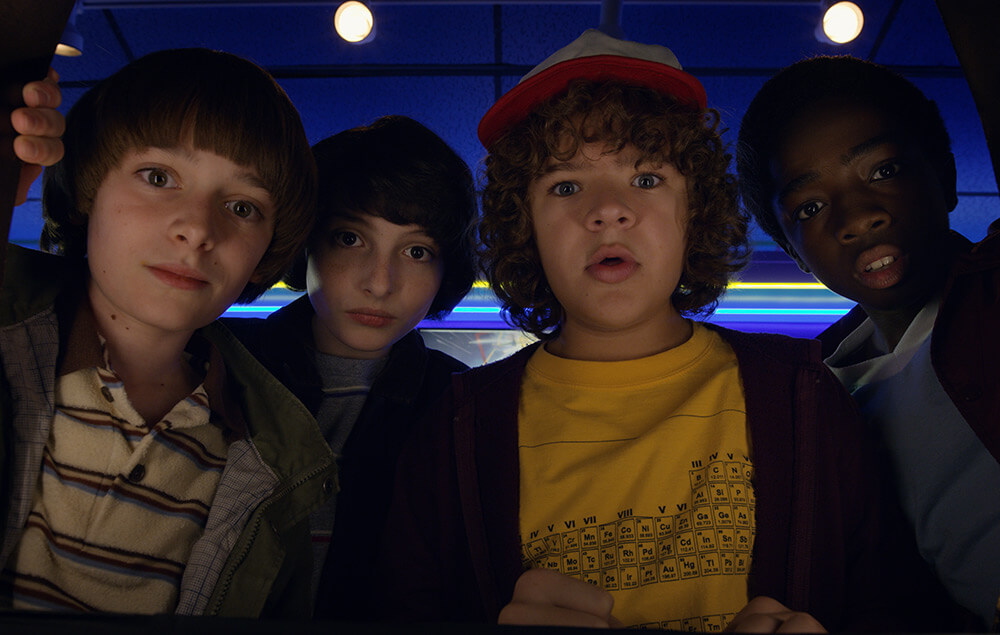 Stranger Things is an obvious but necessary choice, amirite? Although not strictly Halloween-themed, we'll admit we've gotten major chills watching scenes in this show. There's a reason it's inspired so many haunted houses, mazes and other October activities. The Upside Down is truly the stuff of nightmares.

This timeless anthology series of strange and supernatural tales might be old, but that doesn't make it any less horrifying. Sometimes, a little suspense and good storytelling is all you need to be completely freaked, and this is a series that never fails to execute both perfectly. Beware, we remember one particularly sinister episode that involved a pretty messed up plane ride.

Crazyhead has its lighthearted moments, but we won't lie, it also still has the ability to spook us. This is a great one to watch when you're in the mood for a blend of comedy and horror that won't leave you totally unable to sleep at night. We still wouldn't recommend watching alone, though.

A long-time CW fave of ours, TVD will always have a special place in our hearts for its harmonious blend of romance, drama, horror and thrilling storylines. There's a reason it earned an equally popular spin-off The Originals, but those vamp eyes and werewolf transformations might just haunt us forever.

iZombie offers up an undead Veronica Mars in the form of former medical resident Liv Moore. Determined to use her human brain cravings for good, she finds a new purpose as a (slightly unsettling) detective. Murder, zombies and human flesh make this one a spine-tingling must-watch before Halloween hits.

This cult classic will get you in the Halloween spirit in a big way with its surreal nature and off sense of humor. You'll be totally lost in the eccentric characters and bizarre, unexplainable plots. Although there aren't a lot of disturbing images in this one, there are still scenes that will leave you afraid to turn off the night light????.

Eerie and panic-inducing, The Returned always has us on the edge of our seats. Set in a small town, things are changed forever when a random assortment of locals suddenly reappear after being gone for years. The creators did a fantastic job creating a mysterious atmosphere that will keep you guessing even long after you finish the series. Unfortunately, it was canceled so we'll never truly know what the real ending is.

Now that it's officially October, we can stop listening to the Halloween haters. If you start celebrating in September, you'll definitely relate to THESE memes.