Ever since we were little, we've loved a good scare.

From reading Goosebumps to watching Are You Afraid of the Dark?, scary books, movies and TV shows were always something we found ourselves drawn to.

Nothing gave us more of a fright than the Scary Stories to Tell in the Dark trilogy, however. To this day, we're still terrified by a number of tales we read as kids.

With the movie set to come out this summer, we figured now was as good a time as any to prepare you for the horror you'll witness in the film. We decided to rank the 10 creepiest tales from the book series. Ready to get spooked?

Because of The Wizard of Oz, many of us have a positive association with scarecrows. They seem rather harmless. But because we've read this story, we fear them with every ounce of our being. In this twisted tale, two brothers steal a farmer's grotesque scarecrow so that their crops will be better protected from little critters. When they eventually destroy the scarecrow, he doesn't go down without a fight. In the trailer for Scary Stories to Tell in the Dark, Harold looks even creepier than we could ever imagined. We can't wait for him to be the source of all our nightmares once again. 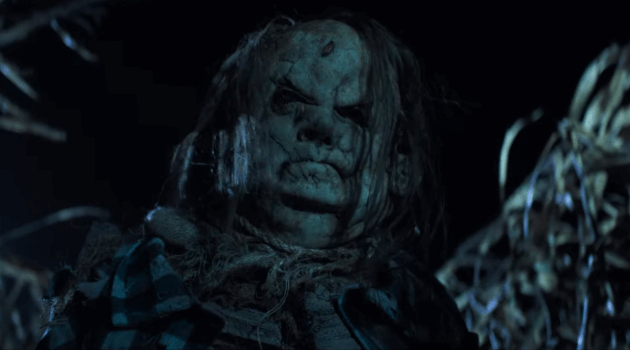 If you ever wanted to know how you're going to die, just laugh the next time a hearse passes you. Seriously. The legend in this tale is that if you chuckle when a hearse drives past you, you'll be the next to die and hear a cute little ditty about how your life will come to an end. Just kidding, it won't be cute at all. You will wish you had held in that laugh. So the next time you happen to see a hearse, keep your mouth closed.

A young woman has a nightmare where she encounters a pale woman with black eyes and black hair. She then ends up having a run-in with the creepy creature IRL. The story itself isn't all that scary, but the image of the woman from the nightmare is what'll stick with you. In watching the trailer for the film, we noticed she made an appearance and had several nightmares centered around her for weeks after. Fantastic. 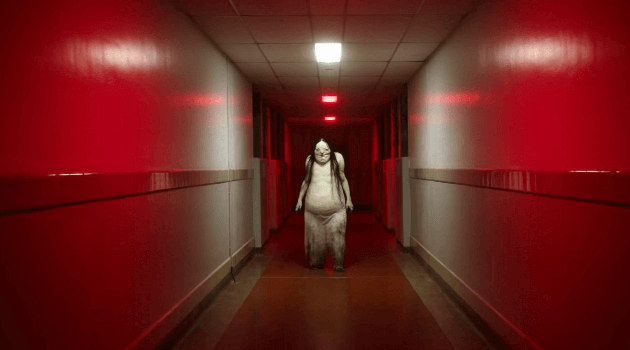 The title of this story alone should already cause a red flag to be raised. Nothing good ever comes from exploring a haunted house. Usually, everything is okay and you mainly end up scaring yourself. Sometimes, you end up running into the spirit of a dead woman and helping her find the person who murdered her. Shivers have been sent down our spine thinking about this tall tale. We hope none of you ever experience this, which is the nice way of us saying stay the heck away from haunted houses.

We all wish we were less alone and had more friends to spend time with. After reading this story, you'll be thanking your lucky stars that wish never came true. You could end up developing strong bonds with strangers. Or, much more realistic, a rotting corpse could slide down through your chimney saying it has come for you. Be careful what you wish for. 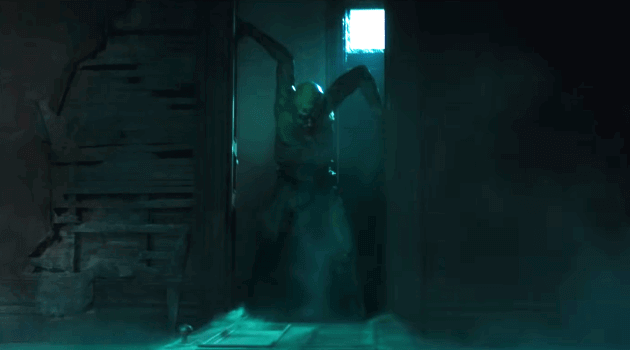 After the wedding of a young couple, the bridal party decides to play hide-and-seek. The groom finds everyone except his bride, forcing them all the desperately search the house for her. When they don't find her, they assume she ran off into the night. Years later, a cleaning lady finds a trunk in the attic. She opens it to discover the corpse of the bride who had presumably gone missing. She somehow locked herself in the trunk and wasn't able to get out. If you're wondering why we never enjoyed hide-and-seek as a child, it is because of this story right here. We weren't about to risk getting trapped in something and die of starvation or suffocation. No thank you!

Never ever take anything home with you that isn't yours. Case in point, the young boy in this story who took home a toe he found. He and his family end up eating it for some reason (which still makes no sense to us to this day). That night, the corpse of the man whose toe it is comes to their house to find his missing appendage. People and their toes. 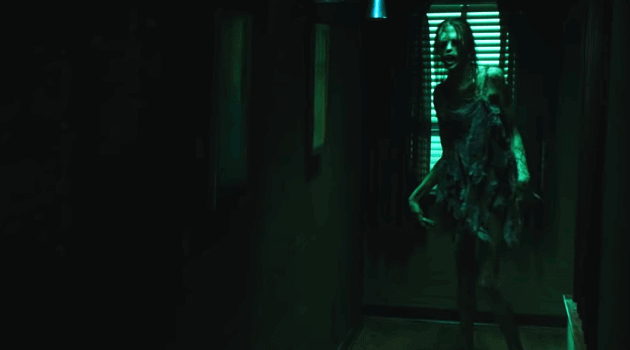 For the longest time, we were petrified of getting in a car and night. This story is to blame. A truck driver keeps flashing his high beams at the woman driving in front of him. She gets worried, calls the cops and they meet her at her home where the truck driver is arrested. He proceeds to tell everyone he was high-beaming her because a man with a knife snuck into the back of her car and he was trying to scare the intruder off. Though this story has a somewhat happy ending, it still gives us the heebie-jeebies. Moral of the story, check your backseat for knife-wielding maniacs before getting in the car.

One morning, a young girl wakes up with a what appears to be a pimple on her face. She ignores it, but it continues to grow bigger and bigger, causing her to become concerned. Eventually, the boil bursts and a ton of little spiders come crawling out. If that doesn't cause you to book an appointment with a doctor to make sure your pimples are just pimples, we don't know what will. Every time a new blemish appears anywhere on our body, we're always reminded of this story. We wish we could forget it, but it'll never leave our memory. 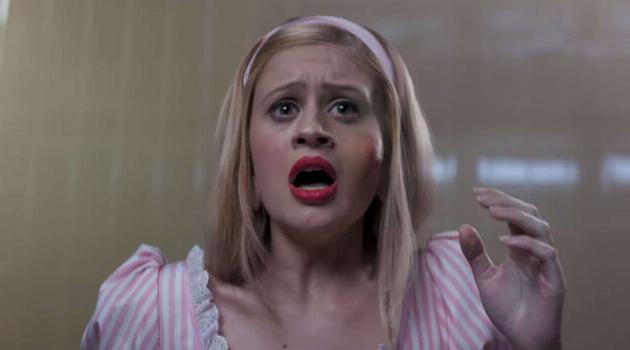 Perhaps no story sent more shivers down our spine than "The Babysitter." This one is fairly gruesome and incredibly terrifying, so we'll spare you all the details. Essentially, a couple hires a babysitter for the night. The sitter comes over and begins receiving calls from a man telling her to check on the children. He keeps calling and calling and calling, forcing her to ring the parents and the police. They come to the rescue, saving the sitter. Sadly, the kids suffered a different fate. Needless to say, this story practically scared us away from babysitting. Even when we had to look after our siblings, we made sure we had eyes on them at all times and 911 on speed dial.

These scary stories are just tall tales. If you're looking for something that's based on real-life events, THESE true crime docs on Netflix will keep you up at night.

booksrankingscary stories to tell in the dark