The list was up. The players had been chosen.

My eyes raced over the lineup of names to find my own, but it wasn't there. My stomach dropped. My knees went weak. My eyes were filled with tears. I knew exactly what just happened—I had been rejected from my high school's soccer team. 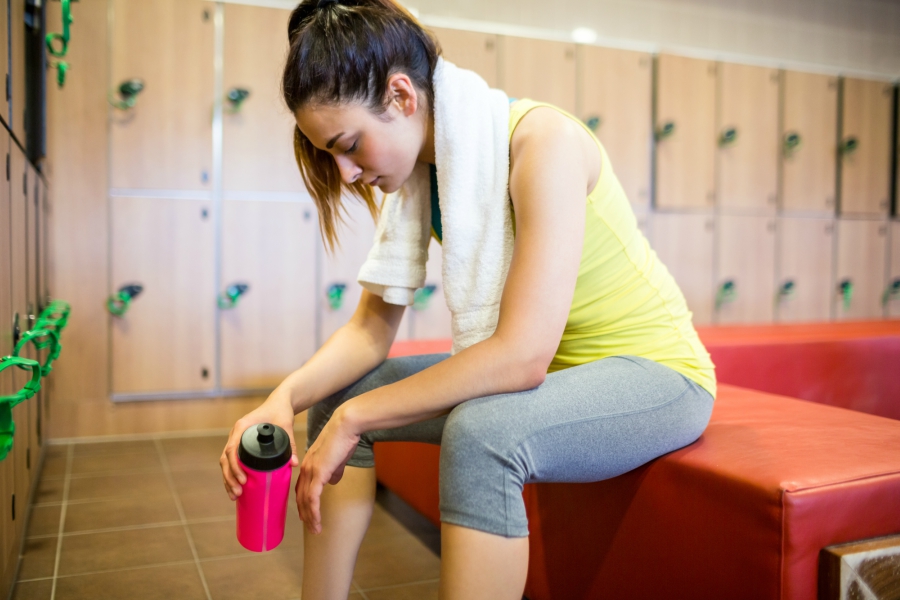 At the time, not making the soccer team seemed like the end of the world. But this is my story of how I overcame that rejection and moved on with my life.

My soccer career began when I was just five years old. I was well on my way to becoming the next Mia Hamm, or so I thought.

I started playing recreationally for the AYSO league in my community with my parents as my coaches. Just because they were my coaches didn't mean I caught any breaks. They were by far the toughest on me. I realize now that was only because they knew I was capable of so much. I wasn't a natural at soccer by any means, but I did work hard to develop the skills of a stellar player. 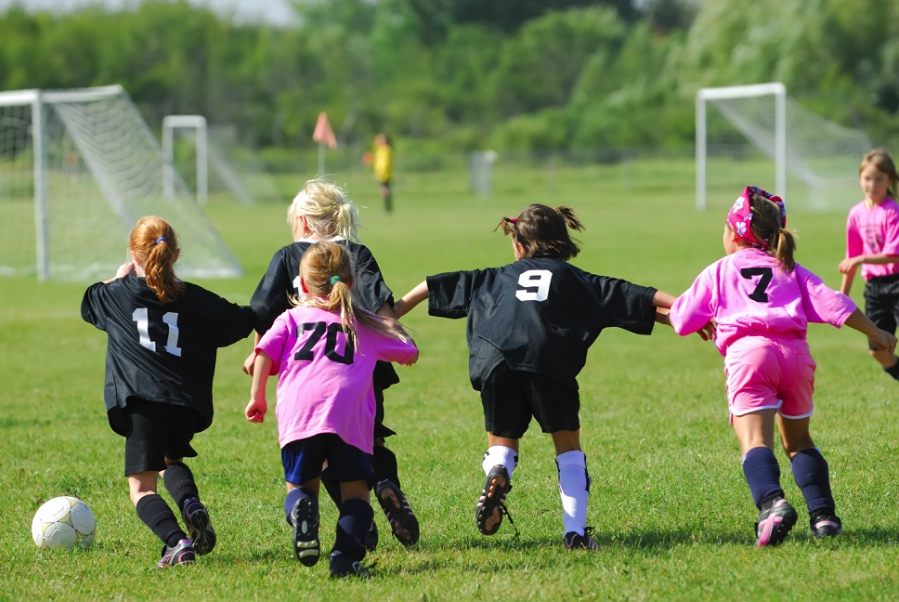 As I became better and better over the years, I moved up from playing recreationally to playing club soccer with the most elite players at 13 years old. Now when I say "elite" players, I don't mean I was playing with the likes of Alex Morgan or Hope Solo, but I was playing with and against some pretty standout soccer stars.

I became an even better athlete competing against the best players in my age group and a handful of players who were older than me by years. One year later, I was entering high school and my time to try out for the team had finally come.

Soccer tryouts for the high school team started in the summer, but I had been looking forward to this moment my whole life.

My plans were to play in high school, get recruited by a college team and then get a full-ride scholarship to play for said college team. Yep. I had big dreams.

I wasn't nervous about not making the team. Of course those negative thoughts crept into my head, but I knew I was a great player who deserved to earn a spot on the squad.

The coach, however, had other plans. On the first day of tryouts, we sat in a rather large circle and went around introducing ourselves by stating our name, the club team we played for, our favorite movie and then closed it out by making an animal sound. I still don't know what the heck that was for, but I did it anyways.

We then moved on to participating in some little drills and conditioning. In the last 30 minutes of the first day we played some practice games against each other. The coach sectioned us off into two teams, which I quickly realized were the girls who were going to make the high school soccer team and the girls who weren't. Guess which group I was sorted into. If you guessed the girls who were going to be cut, you'd be right! Now I'm not an idiot. I knew he grouped us solely based on the club teams we played for. The team I played for wasn't the best, but that didn't mean I was a bad player. Unfortunately, he didn't see it that way. 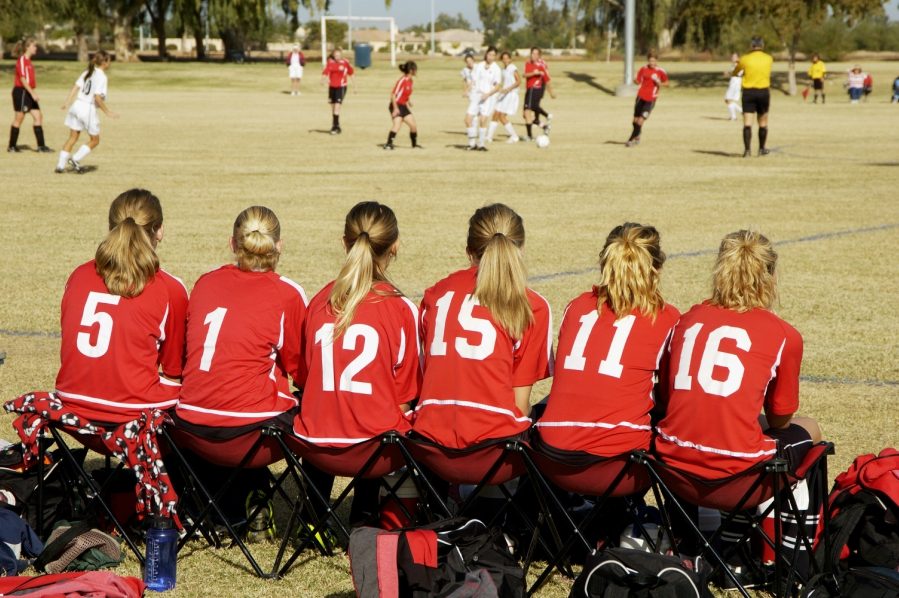 Mind you, there were still two weeks left of the tryouts. But I continued to give my best performances day in and day out. Okay, so not my best performances. I was certainly defeated after realizing my fate so early on, but that didn't stop me from trying.

At the end of the two week tryout, the coach announced that teams would be posted online. I wasn't expecting to make varsity by any means, but I still held out on maybe making fresh-soph—that just basically means a team of freshman and sophomore players, for all you non-athletes.

The morning the teams were posted online I thought I was going to vomit. I wasn't only worried about disappointing myself, but also my parents. They had supported me my entire soccer career and I was worried about they would be upset knowing it was about to come to an end.

I checked the list minutes after it went up on the school website and sure enough, my name wasn't listed under any team. I was gutted.

When I didn't make the team, my world started to unravel. Everything that I had worked so hard for started to crumble beneath me. I was a lost little puppy and I didn't know where to go.

One thing I forgot to mention earlier was that if you didn't play a sport in high school, you would be stuck taking P.E. with the (sorry to say this) "non-athletic" kids. I was not about that life.

My mom suggested that I join the cross country team, and with much hesitation, I did.

Being a soccer player, I had to run. A lot. But did I enjoy it? Absolutely not. It was horrible. And cross country was even worse. I was good at running though, so it seemed like my only option at the time. On the plus side (?), I ended up getting injured and only running one and a half races. Yay!

Because cross country was a fall semester sport, I knew that I would be forced to join track in the spring. Not my thing, but I didn't know what else to do.

Once again, my mom came in clutch with her suggestion to try out for my school's lacrosse team. At the time I was a freshman, it had only been a sport at my high school for a year. This meant that I had just as good of a shot as anyone in making the team, even though I knew nothing about how to play lacrosse. I joined the tryouts a few weeks later than everyone else, but I was able to pick it up rather quickly. 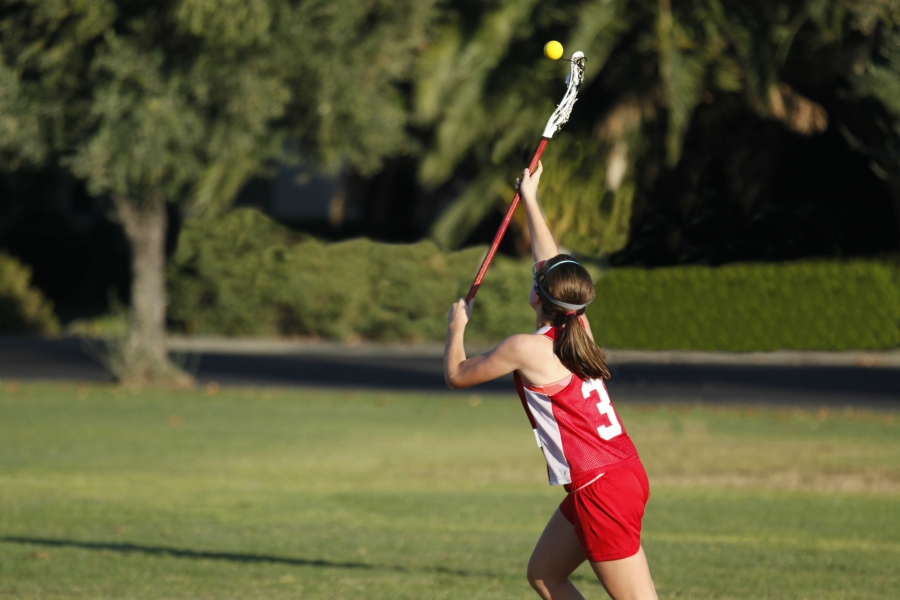 Long story short, I ended up making the team and I continued to play until my junior year. I started to "strongly dislike" my coach and some of my fellow teammates, but that's a story for a different day.

And Here I Am Today

Yes, not making the soccer team seemed like the worst thing in the world at the time. It was my life. Without it, I felt as though I didn't have an identity. Looking back on it now though, I realize how dramatic I was about the whole ordeal.

Sure, I felt like a small part of me died the day I was rejected from the soccer team. But I learned to adapt and be comfortable venturing out of my comfort zone. If I had made the soccer team, I would've never discovered lacrosse—a sport I still love to this day.

Life truly has a funny way of working out. You can plan out how you want your life to go, but speaking from experience, it never really happens that way. And if it did, well, that would make life pretty boring.

I guess the biggest thing I learned from this situation was how to not let rejection defeat me. I definitely cried for a few days after, but I picked myself right back up and moved on with my life. Like that old Babe Ruth quote goes, "Never let the fear of striking out keep you from playing the game."

If you're thinking about going out for your school's sports team, don't let my experience scar you. Instead, ensure you perform your best by following THESE seven tips for surviving school sports tryouts.