The independent game Severed was originally developed for the PlayStation Vita, but I'd never guess that by playing the super fluid version recently released on the Nintendo 3DS. 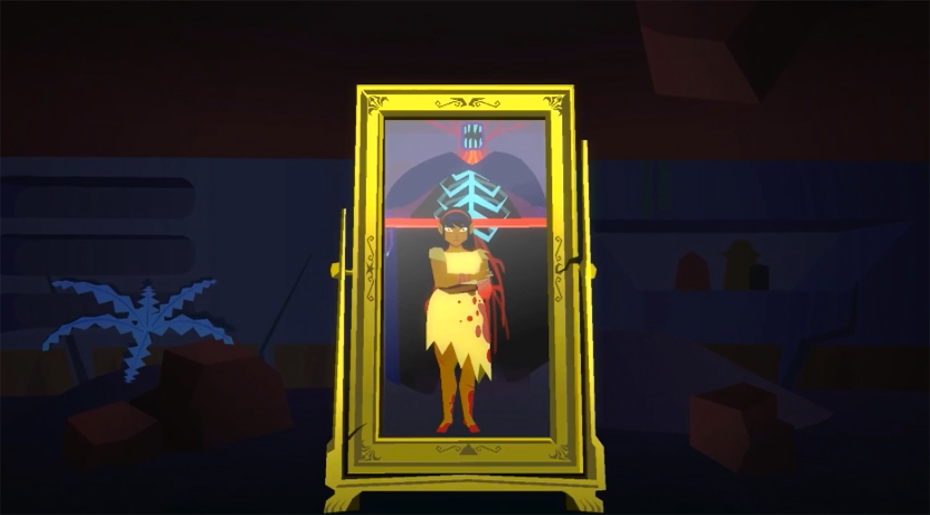 In Severed you play as a young woman named Sasha who finds herself in an eerie, mysterious land after a dragon slays her family and takes her left arm. A towering figure with razor-like teeth appears before her. If she's able to find her family members by fighting her way through this world, she just might be able to bring them back and go home. The figure offers Sasha a sword to take on her journey before disappearing into a puff of smoke.

This sword will be your primary weapon throughout the game, and it's where Severed's main mechanic comes into play. Each swipe of the 3DS stylus against the touch screen equates to a slash of your sword in the game. Longer swipes mean wider, more powerful sword strikes.

A flashback serves as a clever tutorial. It takes Sasha back to a time when her mother, a fierce warrior, taught her to fight. Players quickly learn that fighting isn't all about swiping as furiously as possible. Instead, parrying a foe's attacks is just as important as your own offensive maneuvers.

It's not long before you approach the first enemy, a purple, multi-faced monster with eight arms and legs. It's thwarted with a couple of blocks and a few swipes of the sword, but as the game progresses, the battles become progressively harder. 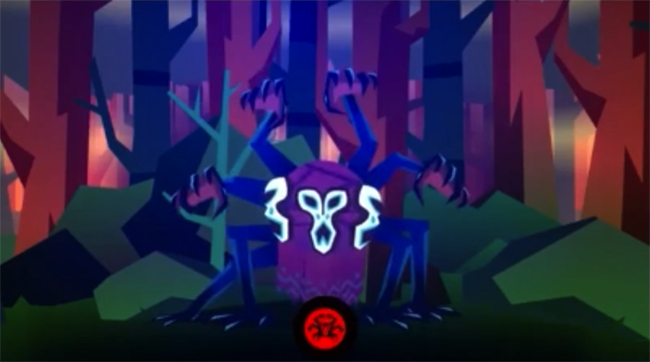 Instead of facing one enemy head-on, you might be encircled by multiple baddies, each with their own unique attacks and weak spots. Enemies hit hard and the player can only take on one at a time, so it's up to them to perfectly time every parry and attack to ensure victory. At one point, you simultaneously battle seven fungusy eyeball monsters at once. 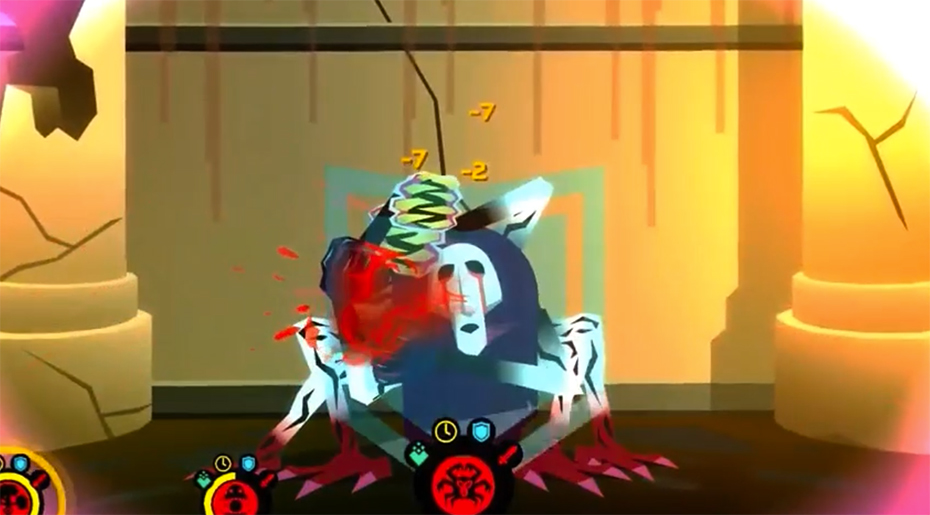 Later in the game, you'll also unlock abilities to temporarily stun your enemies and to steal buffs that enhance traits like power, speed and defense. You'll need all of these to make it to the end of the game.

One aspect that's unique to Severed is the collection of monster parts to boost your stats. If players fill their focus meter in a battle by accurately landing hits, they go into a focus mode once an enemy is defeated. This allows them to harvest bits of these monsters. 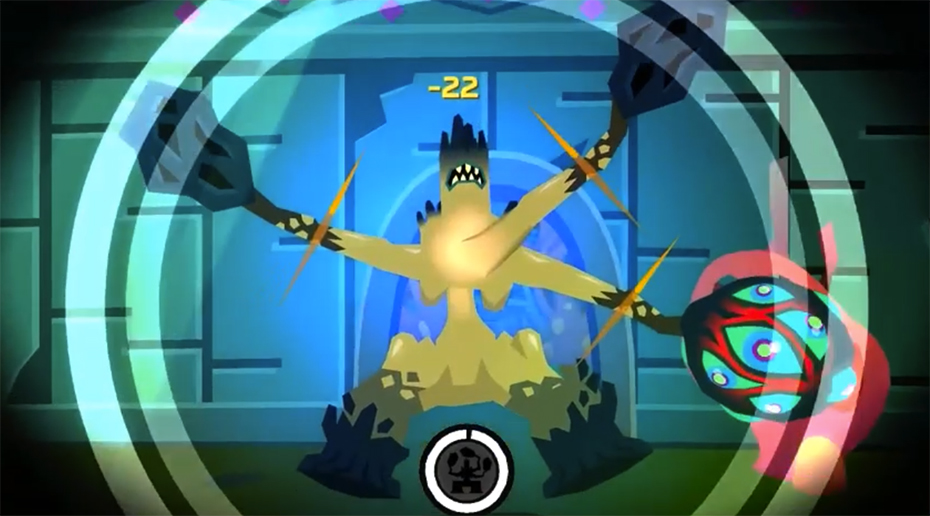 Collect enough eyeballs, arms, tentacles and other objects, and Sasha becomes one mighty adversary indeed. And if you're having trouble collecting the right amounts of specific parts, you can combine giblets, which can be found in jars scattered around the world, to create what you need. 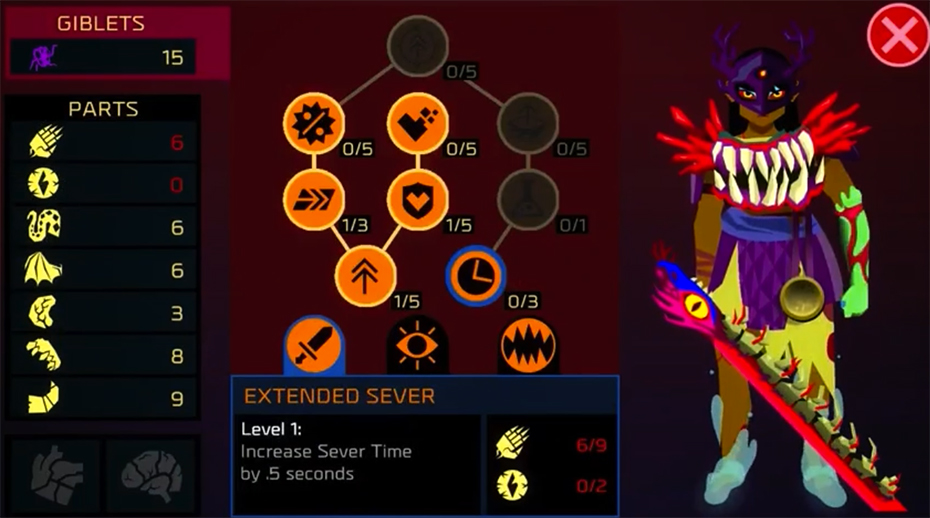 Sasha's health and magic meters can also be boosted by locating heart and brain pieces, usually tucked away in secret areas. This is the only game I've ever played where the "heart pieces" collected to upgrade your health are shaped like chunks of an actual human heart. I appreciate that gross touch.

The locations throughout Severed are gorgeous and maze-like, with landscapes and architecture that look like they're cut out of paper. If you try to navigate just by the layout of the rooms, you'll likely get hopelessly lost, but luckily the top screen of the 3DS functions as a super handy map. It marks where you've been and where you haven't, health-restoring fruit, gates and levers to open them, and areas with secrets hidden within. 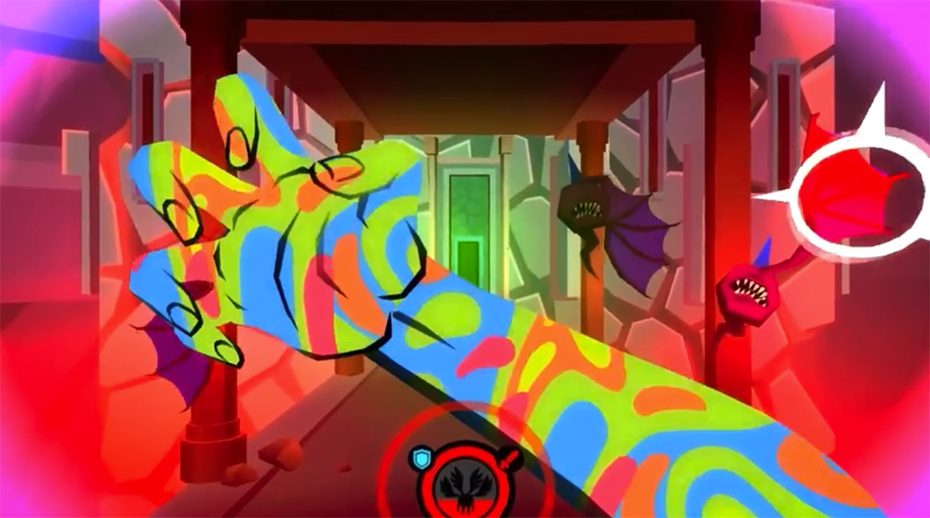 This takes me to my next point—Severed is an extremely satisfying game for completionists like me. If you've ever played a Zelda game and spent countless hours exploring every nook and cranny for hidden gems, you'll love it, too.

A readout above each area tells you whether you've explored 100% of its rooms and whether you've located all of its secrets. You'll be solving puzzles to find items, and backtracking to old areas once you've unlocked more abilities helps you locate more goodies which will help you on your quest. There are also in-game trophies for completing different tasks, which isn't that common for a 3DS game.

There are even hidden "memento" areas that require you to solve a brain teaser before you can nab the items hidden there. If you can, the reward is totally worth the effort. 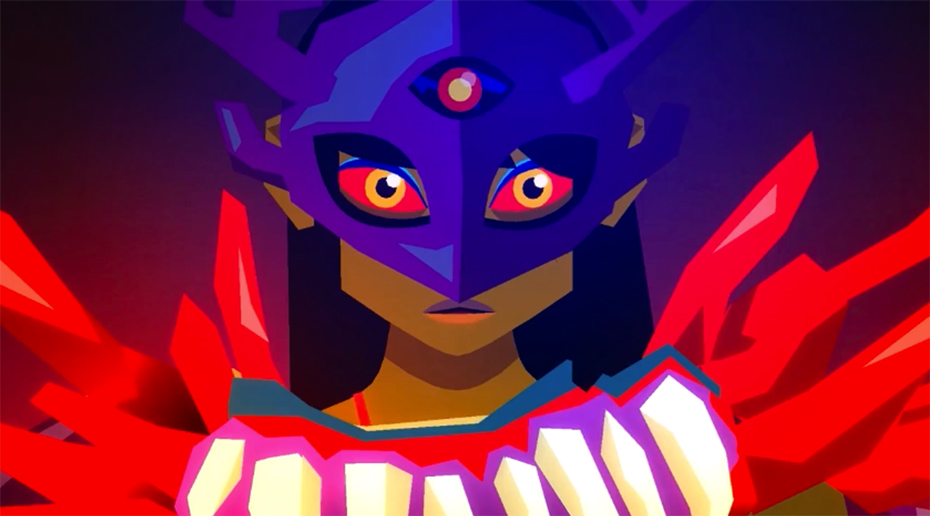 Overall, Severed is a ton of fun. It's not exceptionally long—I was able to get 100% completion in about nine hours during my first play-through—so it manages to stay fresh and compelling throughout the entire campaign, backtracking and all. The enemies are creepy and varied enough to keep you on your toes, and the story leaves just enough unanswered to keep you wondering.

Severed also feels like it was made for the 3DS. With the original PlayStation Vita release, players would have to use a finger to swipe and control the sword. I played a bit of it at Gamestop once, but had a little trouble mastering the controls. With the 3DS stylus, the swipes are extremely precise, making for excellent control.

If you're looking for an exciting, mysterious game that uses the Nintendo 3DS to its max potential, it might be time to visit the Nintendo eShop to pick up Severed.

Looking to add some other challenging indie games to your collection? Click HERE to read my review of Jotun, and HERE to see what I thought of Noitu Love: Devolution.