Everything You Wanted to Know About Actor, Writer and TikTok Comedian Shane Nagy

If you love funny TikTok skits, we bet you're already a fan of actor, writer, director and TikTok creator Shane Nagy.

With more than 3.5 million followers, he's one of the biggest names in comedy on all of TikTok, and with the way he's constantly uploading hilarious new videos, we think that number will only keep growing.

Curious about the man behind the skits? Keep reading to find out everything you wanted to know about our latest Man Crush Monday, Shane Nagy. 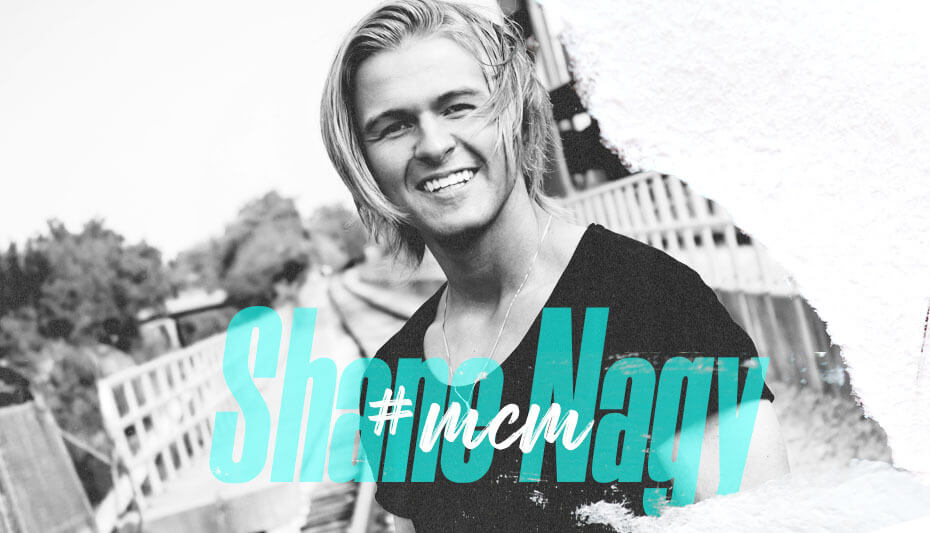 1. Shane doesn't have any pets, but he used to have a German shepherd named Tiny.

"She was our dog during my parents' divorce, so she holds a special place in my heart."

2. Back in the day, he used to collect Pokémon cards.

3. He's not a very superstitious guy, and doesn't abide by good luck charms.

4. He would love to live in the world of Friends.

5. The last song he had stuck in his head was "Everything" by Michael Bublé.

7. He doesn't have a favorite movie.

8. His go-to Starbucks drink is a small black iced coffee with vanilla sweetener.

9. His favorite-ever fan encounters happened recently during a visit to the Santa Monica pier.

"I had several families come up to me in all age ranges for pictures."

10. There's more to Shane than you might first suspect.

"Even though I make comedy skits and can be the 'funny guy,' I really appreciate the chance to go deep and talk life with my friends. I also view myself as a person who can be very serious and passionate about personal and professional growth. Trying to become the best version of myself."

Loving Shane every week? Click HERE for our favorite quotes to use as your Man Crush Monday captions.