Shauna Miller On How To Be Penny Chic!

Shauna Miller is the writer and fashion expert behind Penny Chic, a blog that teaches readers to look chic and stylish on any budget. Next month she releases her first book, Penny Chic: How To Be Stylish on a Real Girl's Budget. 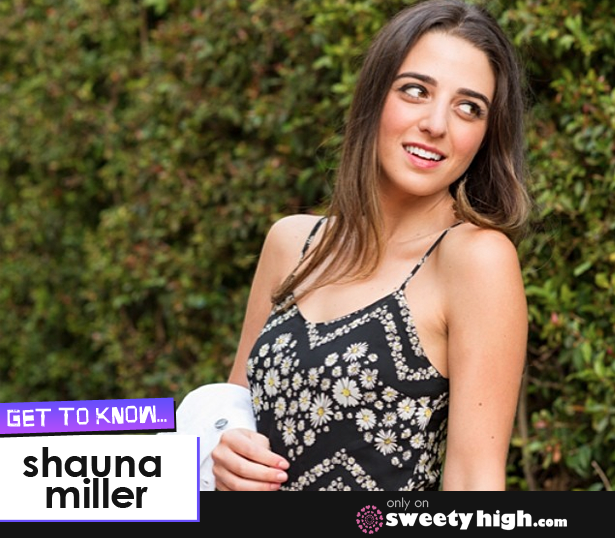 In a recent interview, we spoke with Shauna to discuss her history with style, the upcoming book, and all of the events that led up to it!

Shauna had been a bargain hunter ever since she was a little girl. Her grandmother would often take her to 99 cent stores, and she loved visiting discount department stores.

But that meant she sometimes had to work extra hard to keep up with her stylish classmates.

"I went to this private school where everyone wore designer clothes," Shauna said. "My parents wouldn't let me wear a lot of that stuff, so I had to kind of make it work with my allowance and what was appropriate under their standards."

Shauna took the limitation and worked it to her advantage. She made the challenge fun and still managed to impress her peers with her style.

"I've always been about proving people wrong," she said. "You can express yourself and show your style under any kind of restriction."

Once she graduated college, she knew she wanted some kind of job in fashion. She had interned under a number of positions in the fashion industry, and lived and interned in Paris.

"I couldn't get the job that I wanted," she said. "It was a tough time economically and there weren't a lot of fashion jobs being offered."

While her job search continued, Shauna decided to start a fashion project she could be passionate about. The result was her blog, Penny Chic, where she continues to provide fantastic advice on how to stay stylish on even the tightest of budgets.

"The goal was to focus on big-box retail stores," she said. "All the stores that anyone has access to. It's about making things look really expensive and stylish from the stores you're going grocery shopping at or getting your backpack and binder from."

It was such a simple idea. Why hadn't it been done before? Shauna explained that shoppers are extremely attached to established brands.

"In fashion, there's always been this elitism and this concept that because it's by this designer and made in Italy, and it was sewed by hand and it's all couture that it's somehow better," Shauna said. "It's this idea that style requires a lot of money."

Shauna set out to change minds regarding what fashion is all about. She started by writing about amazing finds at stores many people didn't think highly of.

"There are other budget fashion blogs and stylists out there that talk about stores like H&M, The Gap and Forever 21 that are affordable, but a couple of years ago those shops weren't in every city or town," she said. "I wanted to focus the niche on stores that people don't really have a good feeling about as far as fashion, whether it's Walmart, Kmart, Sears or Target."

She demystified her readers, proving that each of these retailers could be stomping grounds for fashionistas with a keen eye.

"We've tried to turn it on its head and show that shopping at that store doesn't mean that you're cheap or that you're less than anybody else," she said. " You just have to make the best out of it and I actually like to think of it as a creative challenge."

For a long time, fashion has been all about rocking big name brands. But Shauna believes that style savvy shoppers are slowly moving away from their attachment to these labels.

"It's become very in-style to mix and match and be original and express your personality through your style," she said. "The more you unique it is, the more people appreciate it. It's become cool to say, 'You like this? I got it from the grocery store near the towels."

In fact, being a master bargain shopper can earn you street cred. Being thrifty is in.

But where does a girl start? Shauna doesn't think there are hard and fast rules. In her upcoming book, Penny Chic, she explains that you can begin by discovering what fashion is for you.

"You first want to find your inspiration and what represents your personal style," she explained.

While many stylists would say that every girl needs a favorite pair of boots and the perfect blazer, Shauna doesn't necessarily agree.

"If you're really trying to create the perfect wardrobe, you have to first start with categories of what you associate your style with," she said. "If you're more girly or classic or edgy, and especially when you're not going to work everyday and you don't have the responsibility to dress in a certain way, you can have fun with those labels."

In the book, Shauna walks readers through a number of go-to outfits for various style tribes. Many of these outfits combine everyday looks with an accessory or piece that really makes a statement.

"It's a good idea to have a pair of well fitted jeans that you just feel really comfortable and confident in," she said. "Maybe for the edgier girl it's a pair of skinny jeans with zippers at the ankles and for the classic girl it's a pair of white capris. It depends on what your style is. You can reinvent it."

Other fashion staples include a little black dress or maxi dress that can be dressed up for formal occasions or dressed down for every day wear. Denim jackets or casual blazers are also great pieces for most wardrobes.

"I think as you get older it becomes more filtered," she said. "When you're in your teens or your 20s then you have the luxury of having more fun with it. Young people can redefine those rules."

She added that it's advantageous to have a perfect-fitting pair of jeans and a blazer, plus a a cool and comfortable pair of sneakers.

"You also want to have something that's unique and that's something people rarely see," she said.

Wearing items that no one has ever seen before, like a unique statement necklace or a vintage embroidered handbag from the flea market or thrift store, can really set you apart in the style world!

Shuana's style expertise eventually led her to design a line of phenomenal dresses for Walmart, which sold for less than $20 each.

"That was my dream the entire time so it was so surreal and so amazing," she said. "I really wanted to start with something that's really basic and that every girl and every woman needs, which is a little black dress."

Shauna set out to design a number of different styles of little black dress that could work for every body type and still be super affordable.

"The feedback was enormous," she said. "Everybody loved it. It was the most gratifying thing to see all the reviews on walmart.com from customers who didn't even know I was a blogger. They weren't just doing it for me to see, and they said such touching things about how they had never felt so confident and so good about their bodies."

Shauna hopes to repeat the success of the Penny Chic dresses with their next line, which will be out at the end of September.

"Instead of just doing black dresses, we're doing dresses in different prints and with a couple pops of color," she said. "It's going to be a little bit more expanded, but still just the perfect dress for every body type."

"To be included on that list was obviously really validating," she said. "It's a magazine and an empire that's very respected. But I don't pat myself on the back for that kind of stuff."

While it was great to have her work validated in the media, Shauna said that it didn't mean as much to her as affirmation from the people who adore her work.

"Nothing is more validating for me than hearing feedback from readers and having a product out there that people are buying," she said. "That's real validation for me, because nobody has to write back. But of course, having that opportunity and having my name on that list opened up a lot of doors and was a huge milestone for me, even in the symbolism of it. I'm really grateful for it."

Shauna also found it interesting that many others on the list had gone to her high school and college.

"It made me realize how important it is to network and keep in touch with people you're in school with," she said. "You never know what somebody is going to end up doing."

In fact, Shauna had recently attended networking events with many of the others on the list. She had spoken with them about business and gotten feedback on her own work.

"It addresses the importance of keeping in touch with people and supporting everybody, because you never know when you're whether going to be in the same boat as somebody else that can nominate you next year."

On September 25, Shauna Miller's book, Penny Chic: How To Be Stylish on a Real Girl's Budget goes on sale! Shauna made use of her years of blogging and fashion experience to assemble this go-to guide.

"It forced me to dig back into my knowledge of style and made me accountable to really understand why I believe certain styles are more flattering and why these are my favorite stores," she said. "It made me even better and more knowledgable as a style expert and blogger because I had to really clarify my thoughts and be able to prove my work in photos and tips."

Writing the book also helped her to fully comprehend the power of fashion.

"Now I understand why style is so important to succeeding in life and school and your career," she said. "It's how you display yourself to the world."

Shauna said it was an incredible experience to be create something that could guide a reader through the Penny Chic experience.

"I just held the book for the first time a couple weeks ago and was just blown away," she said. "My mom shot everything for the book with me. We did everything together, shooting like 10,000 photos, and actually went to the store to buy the clothes we talk about."

Penny Chic also uses real girl models to show off all of the outfits discussed in the book.

"Everything is real and it's very authentic to what Penny Chic is about," she said. "It's great to have a tangible thing that people can hold that reflects the brand."

Shauna went so far as to say that the book's publication will likely be the biggest milestone of her life.

"There's nothing like the feeling and the confidence you get when you know you've written a book on your own and you created the whole thing," she said. "I'll give myself a pat on the back when it finally comes out. I'm just excited to be able to share my knowledge with other girls and women and have them feel like they can use those tools to build a wardrobe and a look that they're really proud of."

Love what Shauna had to say? Stay tuned for our review of Penny Chic on August 25, plus an autographed book giveaway!

To keep up with all of the latest on Shauna Miller, be sure to follow her Penny Chic blog and her social channels listed below! You can also join us at SweetyHigh.com to share your own fashion tips, photos and more!