Sixx Orange is the star of Amazon's new original series The Kicks, following the story of a soccer player named Devin Burke whose life is in for a big change when she relocates from Connecticut to California. The show is based on a novel by the same name by Team U.S.A.'s own Alex Morgan. We spoke with Sixx to find out all about her experiences meeting Alex, filming the show and a lot more!

There's a character on Girl Meets World played by Sabrina Carpenter and her name is Maya Hart. She wears edgy and kind of weird clothes, like flannels and vests, and that's sort of my style now, but not as layered or fashionable. I keep tabs on the outfits and try to put my own stuff together.

Robin Williams. I've probably watched everything that he's done and he really embodies the characters. When you see him, you think of every amazing characters that he's played. It's not just a character he voiced or acted out. He could to everything from comedy and drama to dramedy. He was so flexible. He did everything you could do as an actor and I look up to him so, so much.

Bend it Like Beckham. It's all about soccer, and this girl whose family doesn't really want her playing soccer because they call it a boy's sport. The girls don't get the same resources the guys get when it came to soccer because people don't think the girls have the skill or the push to be a real soccer player. But women soccer players are the best players ever. The movie told me you just have to keep pushing. In the end, the girls prove themselves and become equal to the guys.

What's one thing that never fails to make you smile?

Probably my dad. He has done everything for me. We're like best friends and we're a team. I'm always happy when I'm around him. He brings out the best in me and pushes me through everything I do. No matter what obstacle courses and challenges we face, we overcome them together.

If I see something out of place, I have to go and move it somewhere else because I can't focus on anything else unless it's back in its exact place. It doesn't even have to be my house. If I'm at a restaurant and a salt shaker is out of place, I have the habit of moving it back. I'm kind of an organization freak.

I've actually put a lot of thought into my spirit animal, and I would definitely say it's a lion. Lions can be nice and they can be settled, but when they need to be, they can be aggressive. They're loyal to their pack, and I'm very loyal to everyone that is in my life. When I'm on the soccer field, I'm super aggressive. When I'm with my friends, I'm calm and nice. I'm also very protective of everyone around me. I feel like lions are also very protective. And they're absolutely gorgeous!

Tyler Posey on Teen Wolf. He plays Scott McCall and he so he is totally my fictional Man Crush Monday. He is so cute. I love his character. 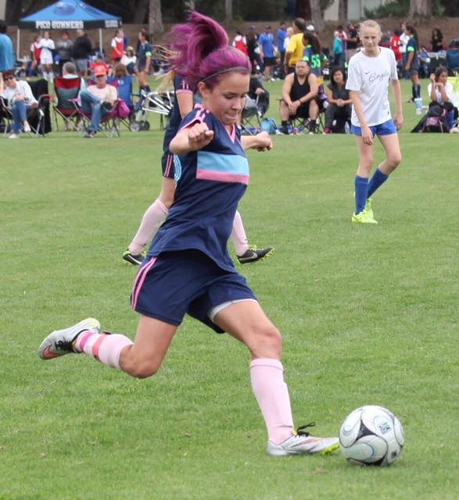 Is The Kicks your onscreen debut?

Yes! It's the first acting job I've ever done. It's super awesome being able to get the show out there because we filmed it so long ago.

What has the acting experience been like for you so far?

It's been amazing and kind of unbelievable. I've always wanted to be a soccer player, but when I become an actress, getting a job playing a soccer player was kind of a dream come true. I practically burst with happiness because it's very hard to get in that business and get that kind of role as a newcomer.

You have a long history of playing soccer. How did you become so passionate about the sport?

Playing a sport teaches you about life. I learned so many things from soccer, like teamwork and becoming independent and communication. All of those things really help me in life. I watched soccer so much as a little girl and I just loved seeing the teamwork and the pride that went into the sport and I knew instantly that I wanted to do it. I've been playing since I was four and I still love it for all the same reasons. 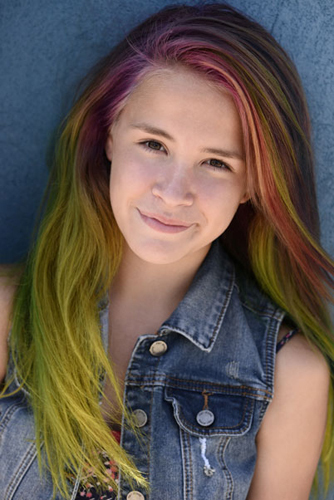 Do you think that your personal experience with soccer helped you nab the role?

I do! My prior knowledge of the sport definitely helped because I knew everything there was to know about every soccer player there was, and I was able to play the sport itself. My character moves to a new place in California, and a lot of amazing female soccer players like Alex Morgan, Sydney Leroux and so many more are from there. Having that knowledge really helped me connect with the script.

Speaking of Alex Morgan, how excited were you for the big Team USA win?

I was out of my seat, jaw dropped to the floor. It was so amazing and when I worked with Alex, she was the most amazing person ever. The U.S. hadn't won a World Cup since Mia Hamm, so to see Alex up there with the whole U.S. team made me so happy. They worked so hard, and to see Alex up there smiling, even with her injured knee, was a really great moment and I was so happy that I got to watch it.

Can you tell me about your program, Sixty-Sixx?

I created Sixxty-Sixx in the 6th grade. In school we did a chapter on El Salvador. I read about little boys and girls using rolled up paper and trash as soccer balls. I have six soccer balls in my house, and I really wanted to give these kids real equipment so they could stop playing with trash. I asked my dad and my teacher if I could do a project where I donate soccer balls and cleats to kids in El Salvador.These kids have the same pride about soccer we do and I feel like they deserve the right equipment to play.

What's the origin of your name?

My first name games from the old show Blossom. Blossom's best friend's name was Six. My dad's a "the third," with his grandpa and dad having the same exact name, so he wanted me to have a name that no one else had. I wouldn't have to be "the second" or "the third." He picked Sixx and my mom was like, "Yeah, that's cool. But we should think of other original names." He said OK, but went and got the named tattooed on his wrist. So that became my name. 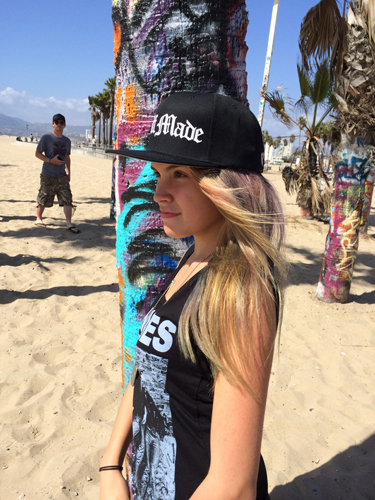 Watch Sixx Orange as Devin Burke in The Kicks on Amazon here and share your thoughts with us in the comments below!