Sizzle & Stew is a new super silly mobile game about a cooking llama and sloth, and it's a ton of fun.

The two-player title is the latest game release by independent developer Cowly Owl,  and it's about making a mess and having a good time as much as it's about trying to combine ingredients to make tasty dishes. We were given a review code for iOS to try it out for ourselves, and we've adored each minute with the open, low-pressure environment of the game.

The game stars its titular characters, a llama and sloth named Sizzle and Stew. Beyond that, there isn't much of a story, except for the fact that they seem to live in a home with a kitchen fully stocked with ingredients and all kinds of tools for cooking.

From there, what happens is entirely up to you. The game becomes a physics-based playground, and you can decide whether you want to cook an actual dish that might taste good in real life, or you can be like us and mess around with every feature to make the biggest mess possible. 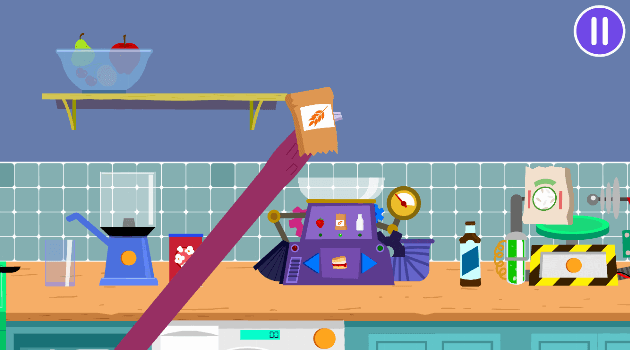 It's more fun than it should be shoving a whole fish into a microwave to cook, or placing a hunk of cheese into the oven and baking it repeatedly until it blackens into something totally unrecognizable. You can slice things into minuscule pieces with a knife, or throw random objects into a dishwasher. Plus, pretty much any ingredient can be also thrown into the juicer and liquified into an undeniably disgusting beverage. 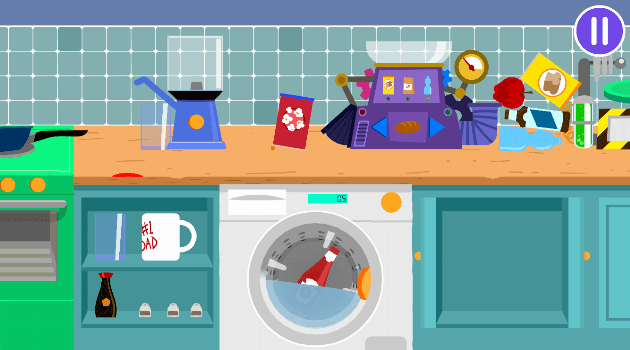 But if you're trying to play more professionally, it can be even tougher as your desired ingredients fly out of your pan because you'd moved them too quickly, or you can't find it because you've already thrown it in the trash or made it into a smoothie.

There's also a machine that allows you to combine ingredients to make actual foods—for example, a whole fish and some grains of rice result in sushi— plus a weird device that electrifies ingredients before throwing them into the sly. There's also one that can scientifically shrink or expand ingredients, resulting in giant oranges and teeny-tiny bales of hay.

But one of the nice things about the game is that there aren't any scores, and there's no wrong or right way to play. Once you've whipped up some strange concoction, you can bring it back into the dining room, where your friend Sizzle or Stew will sit down and voraciously gobble it up or gulp it down, regardless of how gross it was. When you return to the dining area, you'll also be greeted with a gift box. Opening it up reveals accessories for your llama or sloth companion to wear, and during one game you can transform them into an extra stylish animal. 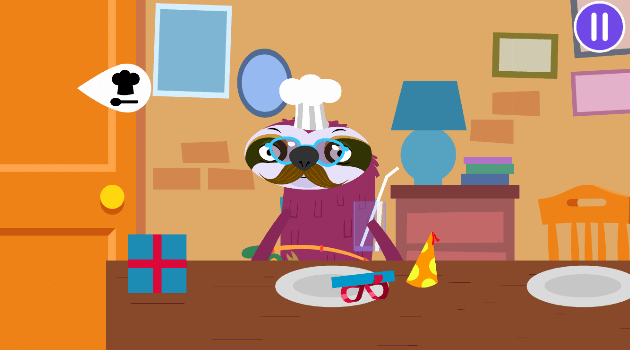 It's bizarre and goofy and chaotic, and it gets even more so when you add a second player. In this mode, your phone or tablet gets split into top and bottom halves, with one player controlling their character from each side. Ingredients will fly, and you'll probably butt heads when you disturb each others' progress, which adds to the silliness of the whole thing. Though this mode works alright on a decently big iPhone, we do recommend playing it on a tablet if you can to get the most out of it. 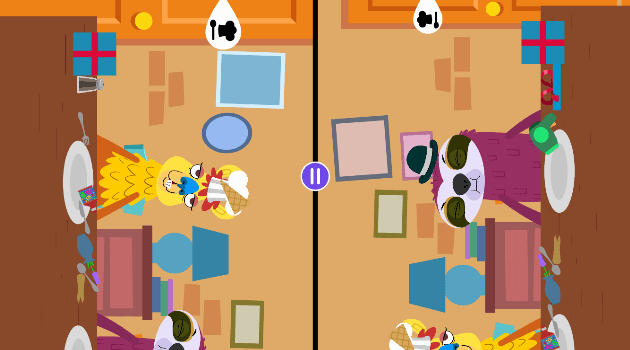 Sizzle & Stew isn't the type of game you can "beat," but we still find ourselves coming back to it again and again to experiment, goof around and see what happens. It's as much about trying things as it is about the results. The animation is delightful, the soundtrack is catchy (and can be changed by playing with the radio in the kitchen) and the whimsical sound effects keep surprising us. 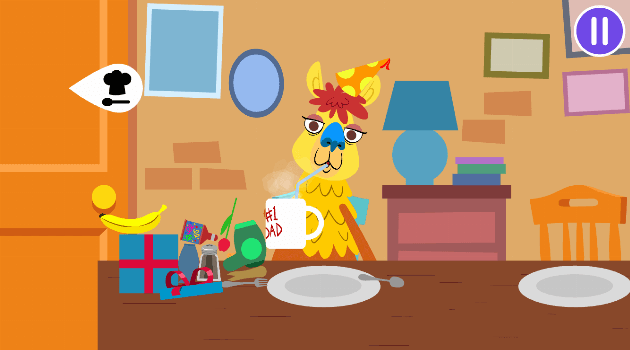 Sizzle & Stew is available now in the App Store and on Google Play for $3.99

If you're looking for more adorable games to add to your app library, click HERE to see our review of the hilarious Donut County.