Our #WCW Skai Jackson Has a Lot to Say, So You Better Listen Up!

Skai Jackson has literally grown up right before our eyes as the sassy and spunky Zuri Ross on Disney Channel's Jessie, and now Bunk'd.

Zuri may be our spirit animal, but Skai is most definitely our #WCW, well more like Woman Crush Everyday. And how could she not be? Skai is an incredibly sweet human bean who isn't afraid to stick up for herself or others. There are plenty of other reasons though as to why we've crowned Skai our #WCW this week, so keep on reading on! 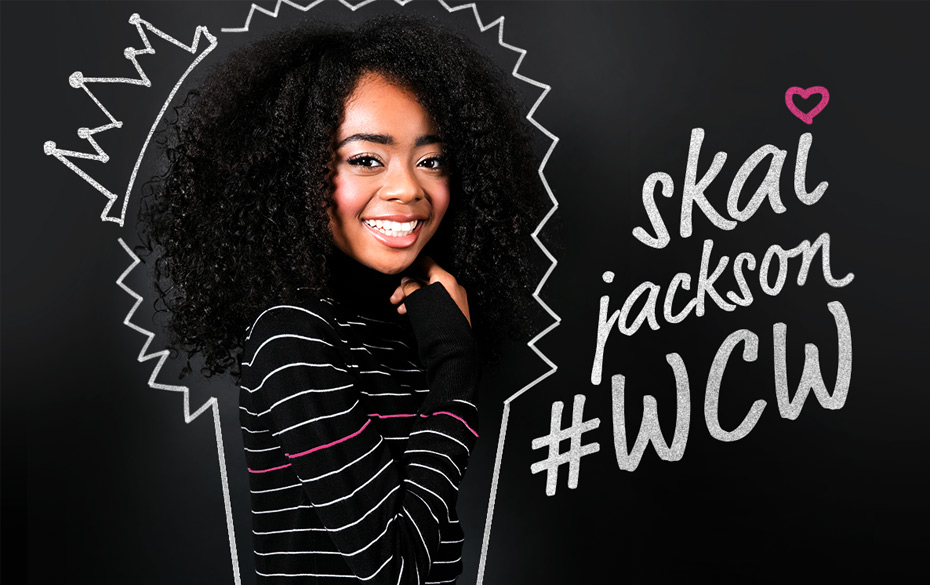 1. Skai has been a part of the entertainment industry since she was 9 months old, doing both acting and modeling. "Adorable" is the perfect word to describe this throwback pic from her modeling days!

2. We couldn't help but bring up this flashback commercial she did for Band-Aid. Our fragile hearts can't even handle the cuteness.

3. Skai has even voiced a couple characters for some animated shows. She lent her vocal talents to the voice of Little Fish on Bubble Guppies and Isa the Iguana on Dora the Explorer.

4. But the Disney starlet doesn't just act, she's also a pretty stellar ballet dancer. Skai may say it's a "work in progress," but we'd say she's a pro.

5. If you don't spend every waking moment of your life scrolling through Twitter, Instagram or even Tumblr, then you probably haven't been exposed to Skai's meme. But get ready, because that is about to change.

6. While Skai is totally hilarious, we love her most because she isn't afraid to make sure her voice is heard. Not to mention, she is always coming in clutch with those words of wisdom.

This week, 14-year-old @skaijackson proved why it's important to stand up to even the biggest bullies. Read more of our exclusive interview with the actress today at TeenVogue.com ™@teenvogue …..Thank You #teenvogue ?

7. Skai may be our queen for multiple reasons, but she is quick to remind us that we are all princesses in our own way.

At this point, it should be obvious why we chose Skai as our #WCW. So we thought we'd share with you a few reasons why her Bunk'd co-star Karan Brar was our #MCM this week HERE.