Everything You Need To Know About Singer-Songwriter Skylar Grey

Even if you don't already know her name, chances are that you know Skylar Grey's music.

She's the genius songwriter and co-writer behind many popular hits including"Love the Way You Lie," "Coming Home," "I Need a Doctor," "Clarity," "Last One Standing" and dozens more. She has written for artists such as Beyoncé, Eminem and Céline Dion and Rihanna, among others, in addition to having a powerful solo career of her own. Basically, we're saying that without her, a lot of our favorite pop songs wouldn't even exist.

And last month, Skylar released a new single titled "Falling Apart," the first glimpse at her self-titled album, releasing on April 28. We cannot wait for this next leg of Skylar's musical journey—and here's everything we learned about her as our latest Woman Crush Wednesday. 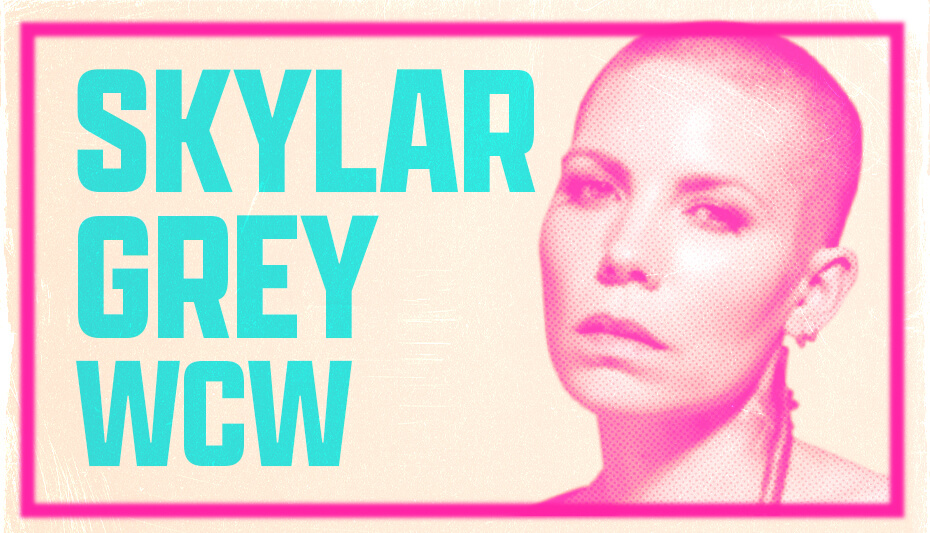 1. Skylar says she couldn't live without the Dark Sky app.

"It notifies me when it's going to rain—I'm obsessed with rain."

"Like any time I open one to take out a glass or a pair of socks I don't shut it. I even know when I'm doing it and I still decide not to close it because it's so ingrained in me. I think it's because when I was little, the cabinets in our kitchen were so loud when they banged shut it hurt my ears.

3. Her favorite kitchen appliance is her salad spinner.

6. She describes herself as a night owl.

"My brain doesn't shut off until I reach utter exhaustion."

7. The life lesson Skylar wishes she would've learned earlier on is to never get married.

"…at least not without a prenup."

8. Yellowstone and 1883 are her biggest TV show obsessions right now.

"That's all I've been into lately."

Also read about: GAYLE Breaks Down Every Song on Her a study of the human experience volume one EP

9. She is the youngest sibling in her family.

"I was the youngest of all our first cousins too… and I think since I was always the baby of the family, it made me driven to prove myself."

10. Above all, Skylar says that she is a big dreamer.

"I believe anything is possible."

Obsessed with Skylar? Click HERE to read our interview with her on the true meaning of "Falling Apart."