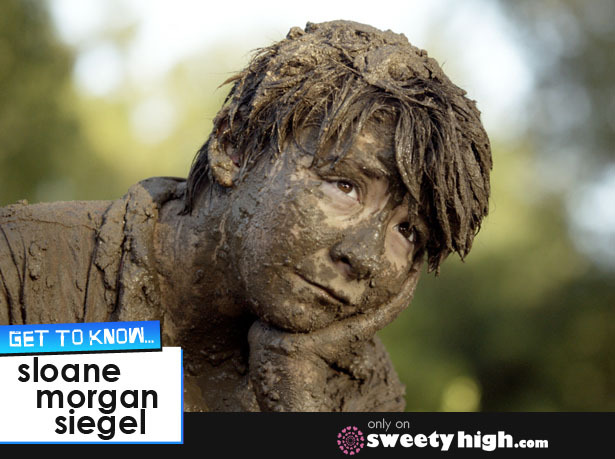 We spoke to Sloane, as well as his costars Ashley Boettcher and Drew Justice, all about the show and its exciting season premiere!

"Gortimer is sort of the hero of the show," Sloane explained. "He's the kid who's always put into tough decisions, but he makes the best of them. He's always there for his two best friends and his family. He's a good kid who's got his head on straight."

Sloane says that he's like Gortimer in many ways, and as he's filmed the show, the two have become even more alike.

"The character has kind of melded with myself," he said. "I think it's really cool that we're almost one in the same."

Gortimer Gibbon's Life On Normal Street is the first original live-action series on Amazon created for a younger demographic. The pilot episode has been on Amazon Instant Play since February 6, and the rest of the first season was posted today, November 21, on Amazon Prime!

"I think it's unique because even if it's aimed at a certain age group, it's for everyone," he said. "It's a family show that anyone can enjoy."

Sloane said that Gortimer Gibbon is also more down-to-earth than other kid's shows, which can sometimes be a little over the top.

"It's realistic and there is drama in it, as well as comedy," he said. "There's also a moral at the end of every episode: to treat people with respect, that friendship is important. Those are really good messages that adults will respond to as well."

After nine months of rewatching the pilot, fans will finally be able to see more of the series today. Sloane says the reactions have been overwhelmingly positive.

"The rating has been 4.8, which is so close to 5 stars," he said. "That's awesome, and the comments and feedback we've been getting have been great. We're just going to try to continue to put smiles on the viewers' faces and hopefully everyone enjoys it."

Also be sure to check out our interviews with Sloane's cast mates Ashley Boettcher and Drew Justice, and our previous interview with Sloane below, and join our community at Sweety High!