We've adored Sloane Siegel ever since his days on Gortimer Gibbon's Life on Normal Street, but if you haven't seen him on Dwight in Shining Armor, you're seriously missing out.

We recently got the chance to catch up with the award-winning actor and learn all about the stuff that makes Sloane unlike anyone else out there. Keep reading to find out what he told us. 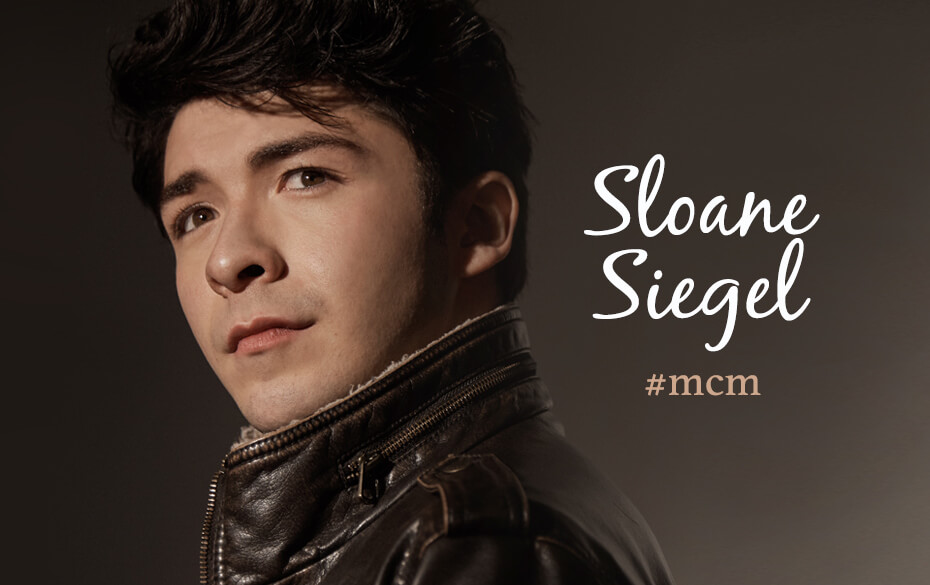 I'm a diehard Pokémon fan. I've been playing the game since I was 6 years old, I watched the anime growing up, and I even played the card game for a time, but I've never stopped playing the games. I've even completed the National Dex in three different games, if that means anything to you.

2. He knows it might sound strange, but Courage the Cowardly Dog has had a profound effect on his life.

"Courage inspired me to overcome my fears. When I was little, I used to be afraid of everything, I was even terrified of E.T. But when I started watching the show, little me saw this dog who was afraid of everything and yet faced his fears to protect the ones he loves. I guess it gave me a bit of hope that I can face what I'm afraid of, too."

3. The last celebrity he got starstruck over was actor and motion-capture extraordinaire Andy Serkis.

"I grew up watching The Lord of the Rings films, and I ran into Andy Serkis recently. I've never so thoughtlessly rushed over to meet somebody, but I just had to meet him and what an incredibly kind person he was. He stayed and talked to me for like 30 minutes about film, but the whole time I was just in awe that I was talking to him."

4. Sloane says he's not a great singer, but he'd love to get better at it.

"Don't get me wrong—if 'Bohemian Rhapsody' is playing anywhere I will happily belt the lyrics with all my might and what little skill I have. I love to sing. It's a way to vocalize your emotion along with symphonies and I'm a sensitive guy so, boy, do I have a lot of emotion to vocalize. I love going to karaoke, and I totally sing in the shower. I just love singing, but I'd also love the opportunity to become better at it so I can express myself even more and so maybe it'll be easier to listen to."

5. His most overused emoji, the crying laughing face, is a popular one ????

"I send like three at a time every fourth text and so do most of my friends. Or maybe I just think everything's funny. That, or the duck. A duck can be sent for everything. I send way too many ducks. ????"

6. His weirdest habit is always ordering sandwiches with tomato, but taking the tomato off before he eats it.

7. He's an astrology-lover who couldn't live without the Co-Star app.

"I'm majorly into star signs and their meaning and effect on your everyday life. I check the app all the time to see my transits, and it gives you a helpful quote for that particular day that tends to help. I don't live my life according to an app, but sometimes it has just the thing I need to make sense of a tricky situation or a moment where I feel lost. I'm a Scorpio-Sagittarius cusp by the way, and my moon's a Libra, if you catch my drift."

8. The last show he binge-watched was Regular Show, for the second time through.

"I'm a sucker for witty cartoons from my childhood that can be enjoyed even more now that I'm older and get the other side of the humor."

"If I'm snacking on something, it's pretty much always plain pita chips. Morning, noon, and nighttime, I've always got a bag nearby. If my life was a horror movie and the slasher was chasing me they could probably find me by the sound of crunching pita chips."

Love Sloane? Click HERE for our favorite witty captions for all your #MCM posts.