Here's Everything You Should Know About 'After Midnight' Producer Slushii

If you know the music of DJ and producer Slushii, you're well aware that he is a master when it comes to remixes.

On YouTube alone, his songs, remixes and anime videos have already racked up over 67.5 million views—but that's not the only place the creator is thriving. He's also hilarious on his TikTok, where he shares videos about his love for music, his adorable cat Griffith and gives us a peek inside his own mind as a talented musician. His page never fails to make us smile.

And you definitely don't want to miss Slushii's newest release "After Midnight," featuring singer and TikTok prankster Mackenzie Sol, which will feature on Slushii's debut album, Extinction Level Event, releasing in March. It's safe to say that we're obsessed, and here's everything we learned about Slushii as our latest Man Crush Monday. 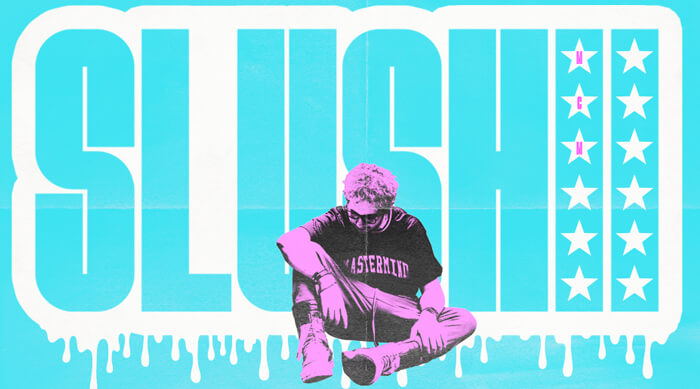 1. He's seen Spider-Man 2 more times than any other movie.

2. Cinnabon cinnamon buns are his favorite desserts of all time.

3. Right now, we can't get enough of the Rick Owen Dunks.

"They remind be of the Ripley Alien stompers that Reebok did. I love how bada** they look"

4. The Vine "boom" noise still makes him laugh more than anything else.

6. At the moment, he can't stop watching Shrek on Netflix.

7. He'll be the first to admit he has a lot of personality quirks.

8. Slushii has always wanted to learn to play violin, as well as to solve a Rubik's cube.

9. He has an obsession with iced matcha lattes.

"It has torn my family apart."

If you loved learning about Slushii, click HERE to read all about watersports athlete Kai Lenny.