Jack, Eliana, Emily, Adam, Isabel and George Jones are SM6—a band we simply haven't been able to get enough of in 2020.

The talented siblings have been performing together now for years, but with the help of TikTok, this has definitely been their year to shine. They have more than 1.4 million fans there. Not only can they sing and make wonderful music, but they're hilarious to boot.

But how exactly did the band form, and what is it like making music with your five siblings? We went directly to SM6 and asked them all of our most burning questions to find out. 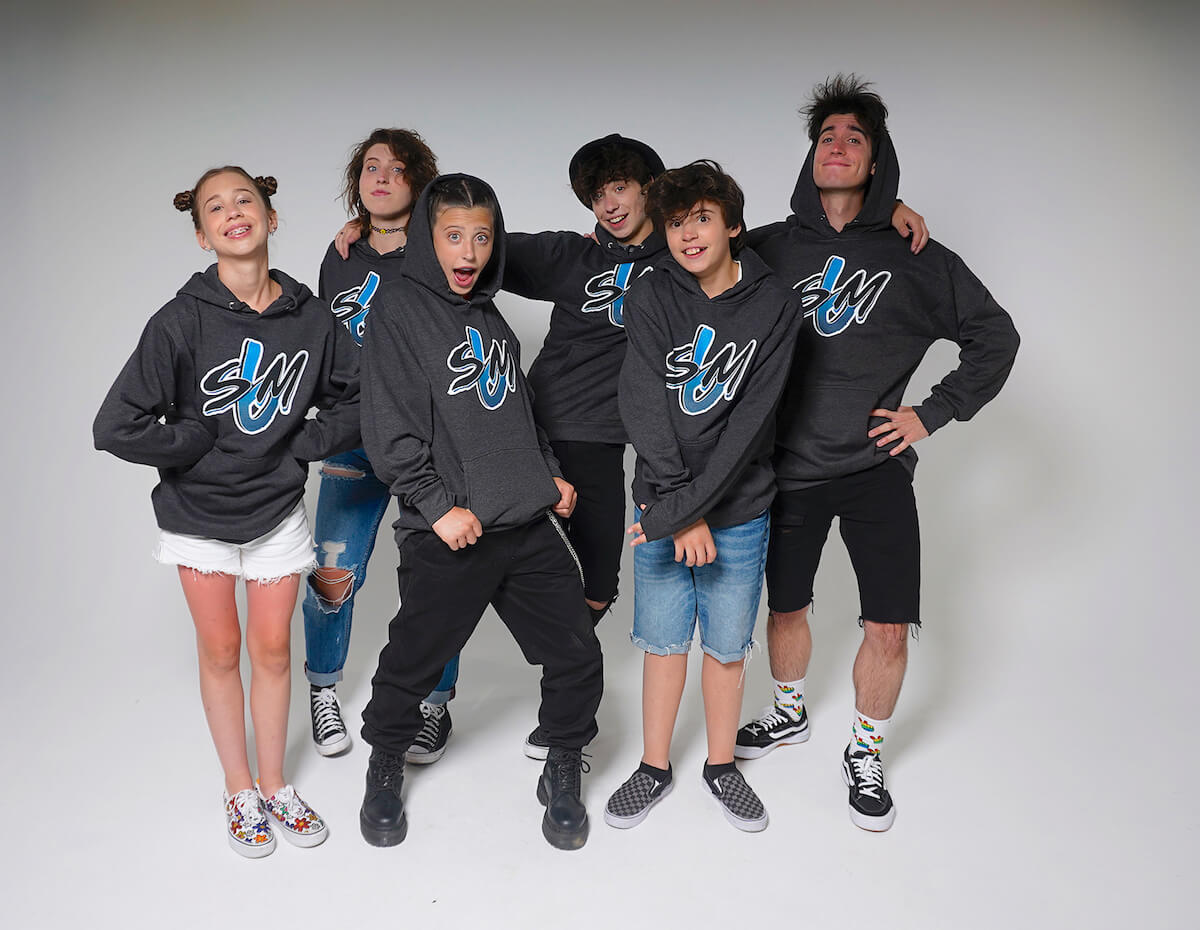 Sweety High: Have the six of you always wanted to make music together? At what point did you actually form the band?

SM6: We formed our band in 2014 and got a taste of what it's like to perform live for people and that's when we knew we wanted to pursue music. For the longest time we were just performing covers, up until three years ago when we decided to go all original.

SH: What would you all say are everyone's places within the band?

SM6: We call Isabel the band mom, and everyone else also has their own titles as well. Such as George the peacekeeper, Jack the food guy, Eliana the kindred spirit, Adam the glue and last but not least Emily the wild child because her energy is always super high!

SH: What's the hardest thing about being in a band with all of your siblings? What's the easiest part?

SM6: The hardest part is getting Jack and Eliana to focus during rehearsals! Since they're young they always wanna play. The easiest part is that we know each other so well and we are always on the same page when it comes to any decision making.

SH: What does the name SM6 mean to you?

SM6: The name is a remembrance of our origins and where we started, and how much we've grown. Our original band name was "Summer Monkeys"—we know! Haha. We were young when we chose that name.

SH: What do you think it is about TikTok that's allowed you to succeed in such an impactful way there?

SM6: Honestly, it was all the hate from one video (you know which one) that launched us to the point we are at today. We have this quote, don't know where it's from but, "There's no such thing as bad publicity"! In all seriousness though, people seemed to find it inspiring that we didn't listen to the haters and kept doing our own thing. We believe that no person can ever tell you who you are or gonna be, so just be you and do your own thing.

SH: What does the band love most about posting on TikTok?

SM6: We love that our videos bring happiness to people daily!

SH: How has the pandemic changed the way you all make music together, if at all? Has it been a challenge?

SM6: It hasn't changed much for us writing songs together, but we are dying to get out, perform shows and meet all the wonderful fans face to face.

SM6: Surprisingly, no! But we are really into the song "Stacy's Mom" by Fountains of Wayne.

SM6: Thank you so much for having us! Make sure to stream our new song "Light Up Like A Christmas Tree." We've got a lot coming to you guys in 2021 so stay tuned!

Loved "Light Up Like a Christmas Tree"? Click HERE to check out more of our favorite new and original Christmas tracks of 2020!