Avid Snapchatters, including me, know that coveted Snapchat Spectacles—those cool, but quirky sunglasses with a built-in camera by Snap Inc.—are hard to come by.

After months of trying (and failing) to track down one of Snap Inc.'s unique vending machine bots to purchase a pair, I was absolutely ecstatic when I learned last month they'd finally be selling the $130 sunglasses online.

I purchased a pair for myself as soon as I could, and just last week they finally arrived. I've been actively using them for over a week, and now I'm here to present to you my honest opinion about these bad boys.

When my glasses finally arrived in the mail, I basically tore through the cardboard box they came in… I was that excited.

The packaging of the product itself is quite impressive—it comes in a clear tube stamped with the Spectacles logo and an image of the glasses.

Everything you need to get started with the Spectacles is included in the tube, which is a major bonus.

You get a yellow carrying case that also acts as the camera's charger, a USB-powered charging cord which you can plug into the case or the glasses themselves, a small book with very minimal instructions and a boo-tiful little cleaning cloth shaped like the legendary Snapchat ghost. 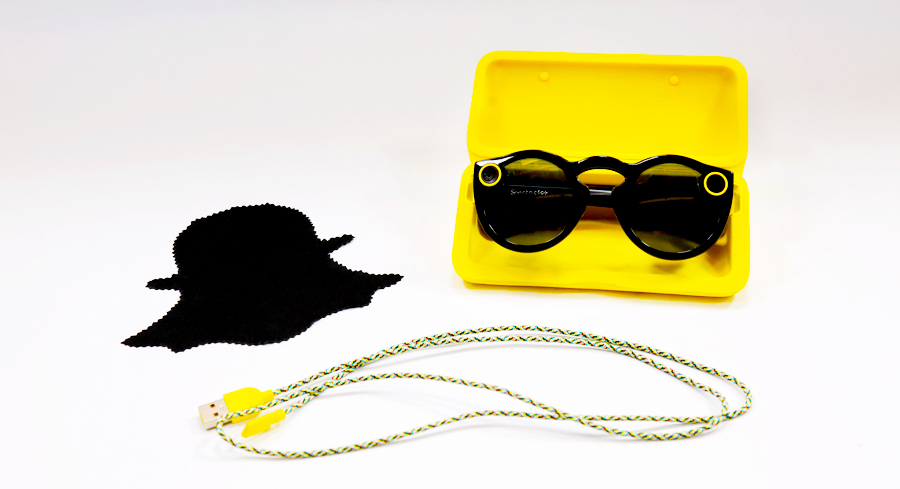 How the Spectacles Work

In my opinion, the reason why Spectacles are so appealing is because you can make hands-free memories from your own perspective.

If you're playing sports, cooking in the kitchen or just hanging out with your animal at home, you can now record these moments without the hassle of holding your phone. But how is this possible?

Spectacles capture 115° circular video in HD quality. Two small cameras are located on the top corner of each sunglass lens, one of which lights up with a ring of LED lights when filming.

To film, all you have to do is press the button on the top left corner of the glasses. Tap it once to record a 10-second snap, and tap it one or two additional times to add 10 more seconds to the recording.

After you've captured your snap, the camera wirelessly adds it to your Memories on Snapchat. You can then share with friends on your personal story or in a message.

Sounds easy, huh? Not quite. 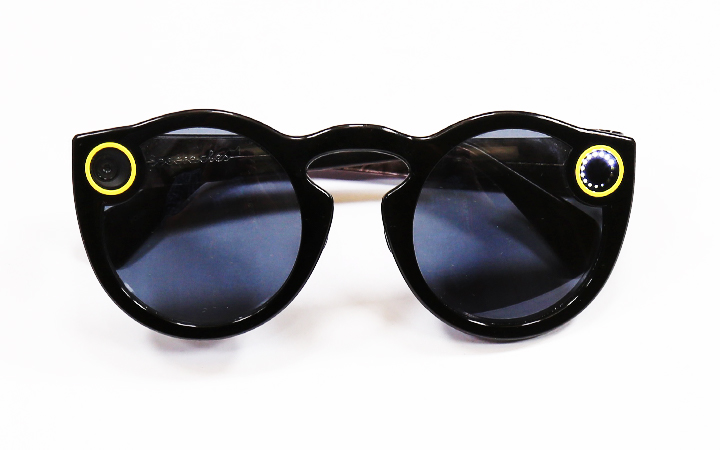 Getting Started With My Glasses

When I opened up my glasses, the first thing I did was pull out the instruction packet. To my disbelief, there were only three steps to getting started and they only explained how to pair the glasses with my Snapchat account.

Sure, that was helpful and all, but I didn't know how to turn my glasses on or charge them up at this point.

Several YouTube videos and an email to Spectacles' Product Support later (yes, I know I'm pathetic), I figured out how to give my Spectacles juice. It's really not difficult at all—you just hook up the USB cable to the glasses or the case for a good 90 minutes. If only they would have explained that in the instructions!

After my Spectacles were fully charged, I took them out for a spin. 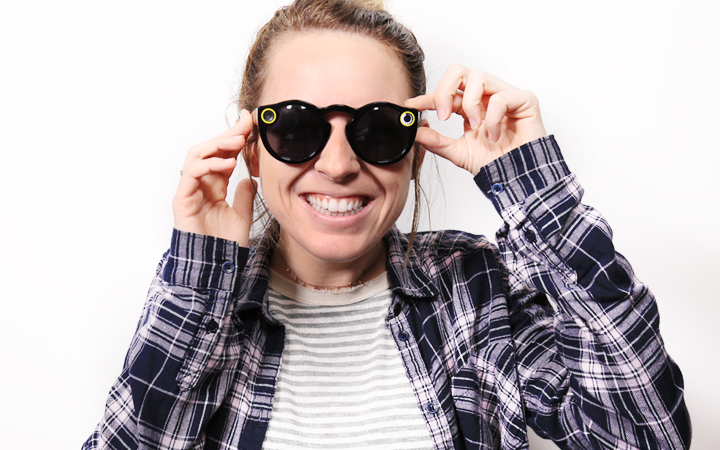 Because I wasn't really sure what to film, I thought it would be a good idea to show off my new glasses in a mirror video.

Here's my attempt at trying to showcase what it looks like filming in this first-person perspective.

After filming this video, I quickly realized that the best POV video clips were going to involve more movement and the use of my hands.

At dinner that night, I tried to showcase what it looks like to be eating a snack from my perspective.

In my opinion, the outcome was pretty cool.

When it came time to share these videos on my social account, I was, again, slightly confused.

I thought that when I pushed these snaps to my story they would appear as a circular video, but that is actually not the case.

If you send a snap from your Spectacles to your Story there is one major difference. As your friends watch the video, if they rotate their phone around, they can see more of the image in a 360°-like view. Very neat.

When you save the Spectacles' video to your camera roll to text or share on other social platforms, it saves as a circular video like the two you saw above.

You better believe I will be posting those circular videos to my Insta feed more often than not.

Overall, my experience with my Spectacles so far has been pretty positive. Even though I've only been using them for a week, I can see some major upsides of using these glasses including:

-They create a super cool POV, unlike regular snaps

-They're pretty stylish (I mean, I would wear them even if they didn't have a camera built in!)

-The charging case is a really cool, smart feature

-You can still edit the videos like a normal snap (i.e. add text and filters)—no face-changing filters, however!

What I Didn't Enjoy

As much as I had fun playing around with these glasses, I did notice some minor drawbacks including:

-You can only snap videos, not pictures

-Essentially no instructions are given with the product, you're left to figure it out on your own or with the help of YouTube tutorials

-If you want to use them at night, you look kind of silly… clearly I'm not one of those who wears her sunglasses at night.

Should You Snag a Pair?

If you're on Snapchat regularly and love sharing memories with friends, you'll absolutely, 100% will love these glasses. Since purchasing these glasses, the amount of time I spend on the app has only increased.

Like I mentioned before, if you're into activities or action sports that require a lot of movement, these would be a perfect accessory to catch some spectacular moments.

The only reason I wouldn't recommend these glasses is if you rarely use Snapchat or aren't tech-savvy—these glasses do take time to learn how to use!

Other than those reasons, Spectacles are an awesome and fun way to share some of life's coolest moments with the world. To snag a pair for yourself, head to Snap Inc.'s website HERE.

My Snapchat Spectacles aren't the only cool camera gadget I've been using lately. Check out my experience with THIS awesome Polaroid Snap Touch camera that prints images immediately.