This year, they've outdone themselves with the new Super Nintendo Entertainment System Classic Edition. The new system has 21 games—which, yes, is fewer than 30—but these are bigger, deeper games. At least, most of them are.

The system releases on Friday, but Nintendo was kind enough to let us get our hands on the SNES Classic early. We played (and ranked) every game on the system, so you know exactly which games to prioritize once you nab one, too. 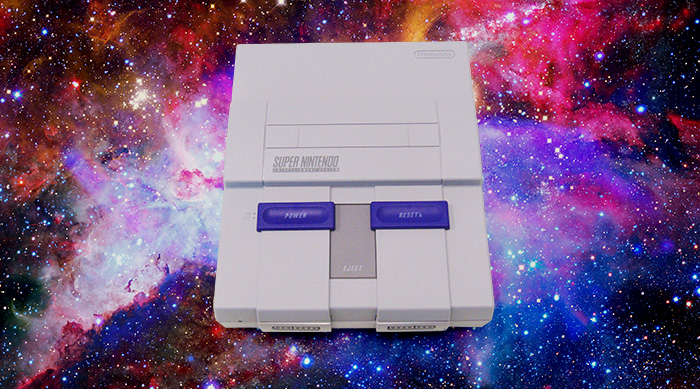 This game might actually be super fun, but we'll never know because we can barely get through the first area of the game. The series is notorious for its punishing difficulty. Only the most skilled of gamers need apply.

Deep down, Kirby's Dream Course is a minigolf game with enemies as the targets and Kirby as the ball. There's plenty of fun to be had here, but it's far from the deepest experience to be had on the SNES Classic.

Contra games are known for their simple gameplay, which involves moving toward the right of the screen while gunning down enemies. This one spices things up by taking place in the distant future in a fight against an evil race of aliens. The shoot-em-up style is a blast—while the fun lasts. The experience gets a little repetitive after a while.

Is Star Fox fun? Yes. Is it pretty? Not so much. It was Nintendo's first-ever foray into polygonal graphics, and while we're sure the results blew people away back in 1993, they're now outdated. It's not just that the game looks bad—it also detracts from the gameplay. Due to the super basic polygons, it can be tough to tell what's going on, particularly during boss battles. If you're one of the few who can really tune in with its graphical style, you'll get more mileage out of the game. 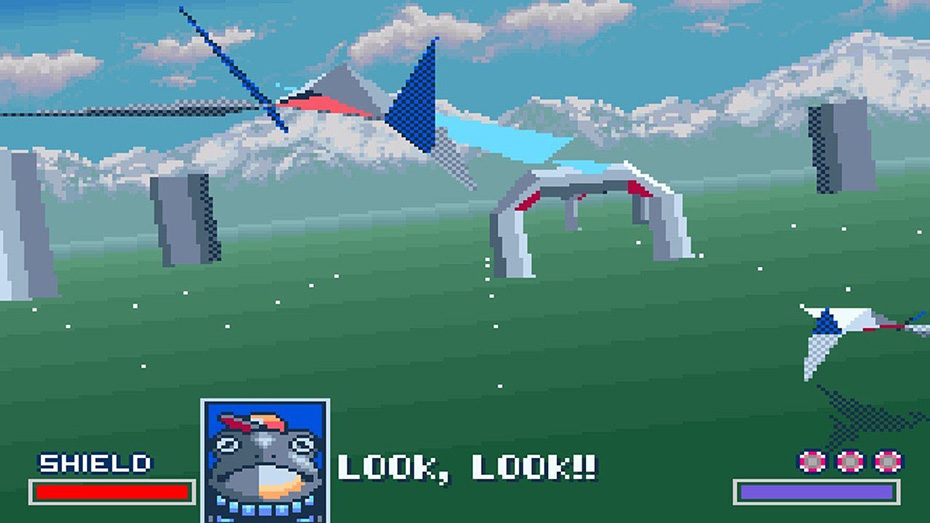 Star Fox 2, which sees the light of day for the first time on this console, deviates a lot from its predecessor, taking the form of a shorter campaign that's meant to be played again and again. It definitely looks better this time around and even has more varied gameplay in the form of walker sections that are extremely impressive for the SNES. However, the game faces other issues in its clunkiness. Sometimes, it just feels like you're not in control.

F-Zero was a huge innovation for the Super Nintendo, as it was the first game that utilized Mode 7 Scrolling to make it feel like you were driving through a real 3D environment. The gameplay is frenetic and visuals make you feel like you're moving at breakneck speeds, which keeps it fresh despite the extremely simple gameplay. And while we don't love to see our cars explode in the middle of a race, it is pretty exciting when it happens.

Kirby Super Star is actually six games in one—though only four of the six games feel like real, fleshed-out gaming experiences. From a mode that recreates the original Game Boy Kirby adventure to a race mode against King Dedede, every one utilizes Kirby's strengths with a different flavor to the gameplay. The whole thing won't take more than a couple of hours to complete, but if you love being Kirby, it's tough to find a more compelling set of levels than these.

Earthbound is one weird game, but it's also the perfect beginner's RPG. You play as Ness, a quintessential '90s kid with a baseball cap, who must go on an adventure to stop an evil alien from corrupting the world's animals and people. Over the course of the game, you'll fight mice, master various ESP powers and travel across a world that grows stranger and stranger with time. With this game, the wackier things get, the better they get. 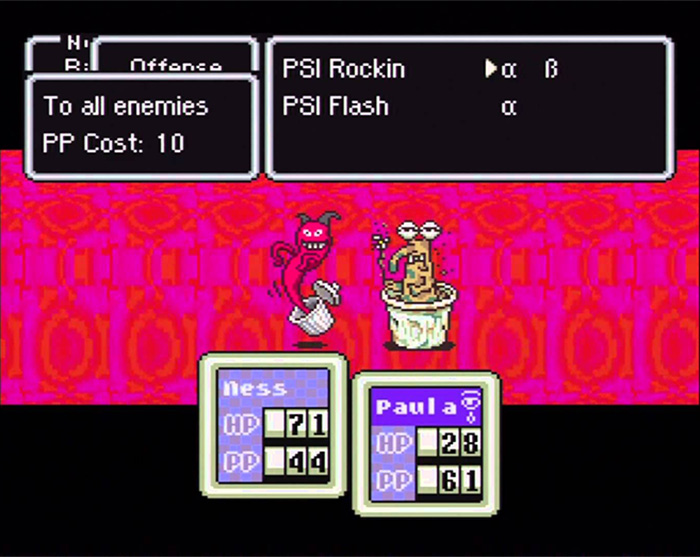 This game is a quintessential butt-kicking platformer. Though the hero Simon's jumps don't always feel precise, the strikes of his whip feel powerful and put the player in control. The game is atmospheric and spooky, without being too challenging to progress, and the music is totally unforgettable.

Super Punch-Out!! is all about paying attention to your opponent, spotting their tells and avoiding their punches so you can strike them when they leave an opening. Something about being able to do so successfully is incredibly satisfying, even if you'd never watch a boxing match in real life.

Super Mario Kart takes the principles established in F-Zero and perfects them. Instead of four somewhat anonymous vehicles, players can select from eight beloved Mario franchise characters as racers. Instead of generic racetracks, the levels all have fun themes and obstacles. Plus, item use means that that the tide can turn at any second. The visuals may be slightly outdated, but the gameplay will keep you hooked.

It wouldn't be the Super Nintendo without a Street Fighter II game. It's the fighting game that launched a thousand more, and this version of the game featured 12 unique fighters, brand new special moves and faster gameplay. There's never a dull moment when this game is on the screen, whether you're a seasoned veteran or a button-masher.

If you've tried Mega Man games for the NES but found the gameplay too punishing, it's worth trying Mega Man X. This one's a bit more forgiving, both in terms of enemy power and in tricky platforming sections, and the gameplay greatly benefits from it. With less stress, the game definitely gets more fun. 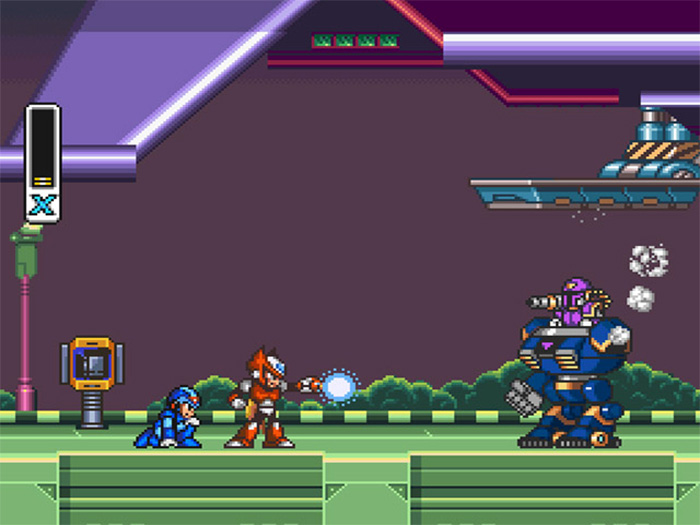 Before a paper version of Mario ever existed, he had his first RPG adventure in Super Mario RPG. As the game progresses, you can join forces with familiar faces Bowser and Peach (who at the time was known as Princess Toadstool) or befriend new characters Mallow and Geno, who should 100% come back into the Mario universe someday. The game follows the classic RPG formula and throws in recognizable Mario elements to bring it into the Mushroom Kingdom. It can get a bit repetitive at times, but that's the nature of RPGs.

Secret of Mana is an RPG, minus the turn-based elements that turn off players who get bored by seeing the same screens again and again. Instead, battles take place in the overworld. As you level up by defeating enemies, so do your weapons and magical abilities. The game is all about understanding your strengths and working together with your two teammates. By the way, you can double the fun by having a friend stand in for one of these companions.

Final Fantasy games are not for everyone, but if you're into beefy RPGs, you're going to really love this one. The story is huge, the gameplay is complex, and there are tons of characters with their own unique abilities and lovable quirks within the game. If you're looking for an adventure to get truly invested in (and sink 50+ hours of your life into), try this one.

We've said it before, and we'll say again that we adore Metroid games. Of the 2D Metroids, this one is widely considered the best, and with good reason. The map is huge, the exploration is exciting but challenging and it has the perfect creepy sci-fi atmosphere. These games are all about making new discoveries, gaining abilities and retreading ground to utilize them, and it's tough to do that better than this. 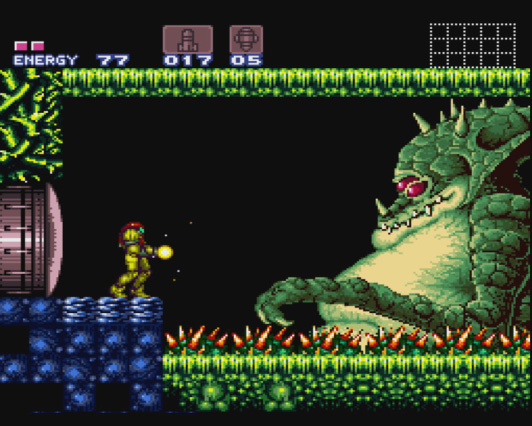 Before this game, Donkey Kong was a bad guy who threw barrels at Mario. In Donkey Kong Country, he became the hero. His goal, to retrieve a horde of stolen bananas, was simple, but it got the job done, and the journey he had to take to retrieve them was endlessly fun. The game features tight platforming, abundant secrets and adorable rideable animals, plus barrels that shoot you through the sky and a soundtrack that doesn't quit. Swapping between the larger, stronger Donkey Kong and his more nimble nephew, Diddy, was also innovative and got players to approach every situation with a new perspective. It's blatantly clear why this is still a classic.

3. The Legend of Zelda: A Link to the Past

Link's first adventure on the Super Nintendo remains one of his best. The game features a sprawling world, dozens of weapons and items that allow and enhance exploration and secrets that will only be discovered by the most intrepid of explorers. The light world-dark world mechanic also makes the game even bigger than it appears at first glance, making for a huge and challenging adventure that requires both skill and critical thinking. Plus, the music really holds up. 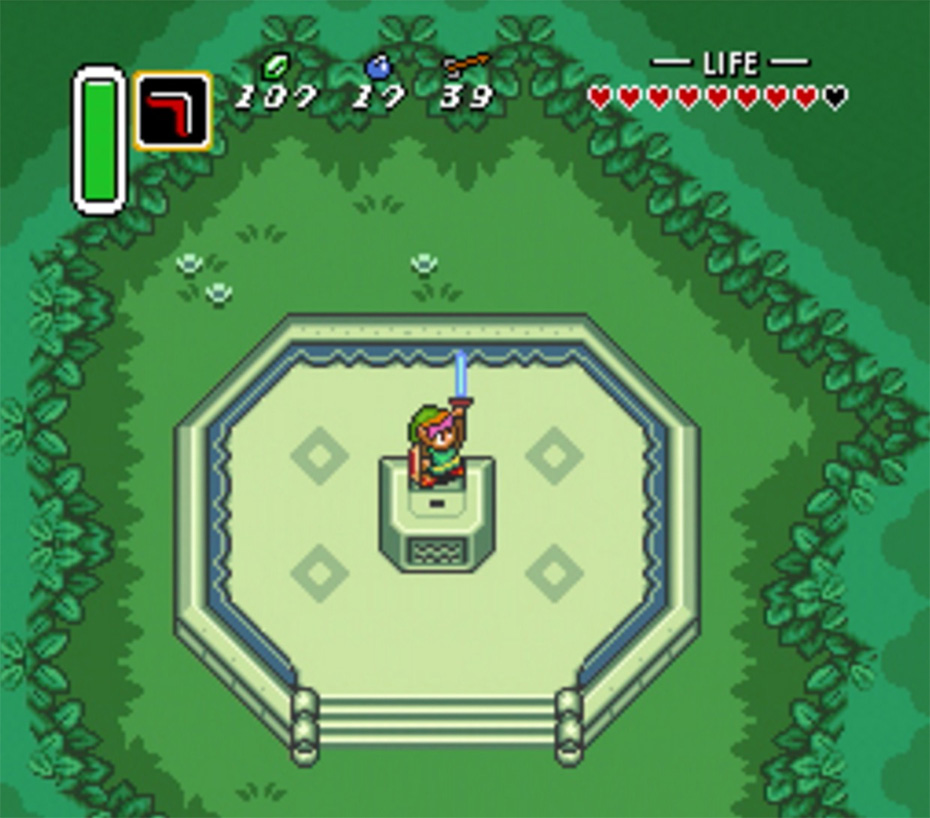 It's tough to beat a classic 2D Mario adventure, and Super Mario World is an undeniable classic. Mario jumps on Goombas, breaks blocks and eats mushrooms to grow, just like in the games before it, but this game adds depth that the others never had. There are branching paths to secret, absurdly difficult worlds, and our hearts skip a beat every time we get to ride Yoshi in the game—and then inevitably lose him in the silliest ways possible. This redefined what a Mario game could be and paved the way for some incredible games to follow.

This is going to be controversial, but we think Yoshi's Island is the perhaps the best game on the Super Nintendo. First of all, the story is incredibly sweet. You play as a team of Yoshis toting around Baby Mario as you try to stop Baby Bowser and his minions to rescue Baby Luigi and reunite the brothers. Secondly, the egg-shooting mechanic makes for dynamic gameplay that requires precision, quick thinking and creativity. The music is upbeat and fun, the levels get incredibly challenging and the adventure is worth every second. 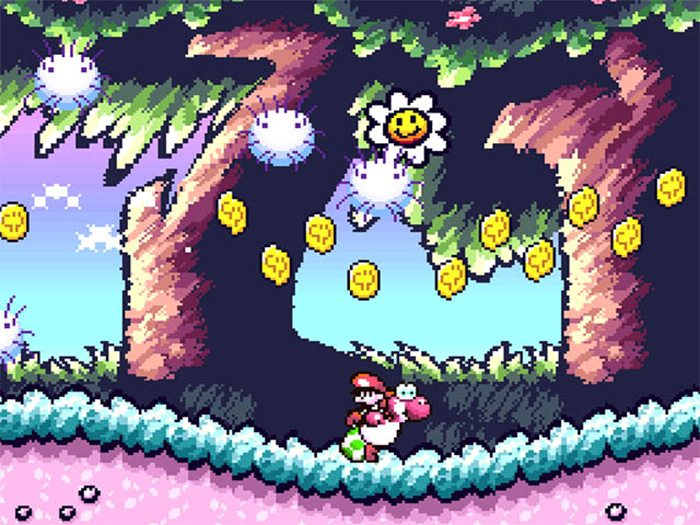 If you're more about old school games, click HERE to find out what we thought of the NES Classic Edition.