I Tried the Yet-Unreleased Creamy Snickers Bars, and Here's What You Have to Look Forward To

Snickers fans rejoice—Creamy Snicker bars are on their way.

Starting in January of 2019, Snickers will be introducing three new bars that forego the classic Snickers crunch for something a bit smoother. The folks at Mars Chocolate were sweet enough to provide one of each of the flavors ahead of time so I could try them for myself, and I think we're about to have a hit on our hands.

Creamy Snickers bars ditch the nougat and crunchy nuts of a classic Snickers bar and replace them with creamy, natural nut butters instead. In addition to providing a totally different textural experience, these bars also include no artificial flavors, colors or sweeteners.

They come in Peanut Butter, Almond Butter and Maple Almond Butter flavors, and each square-shaped bar consists of a hearty layer of nut butter spread over caramel before it's coated in milk chocolate. Four bars come in every pack, making them easy to share with friends—or have one piece now and save the rest for later. 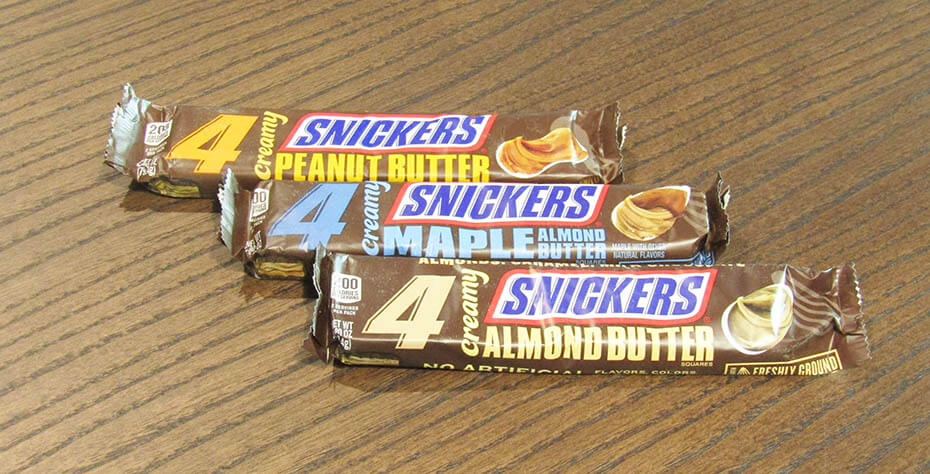 I started with the Peanut Butter flavor with the knowledge that it would probably be closest to the Snickers bars I already know and love, and that assumption proved to be correct. In fact, the taste was almost identical to a normal Snickers, with sweetness balanced out by a little salt, but the smooth texture was a totally different experience. I didn't even miss the nougat.

The bar also appeared to be the thinnest of the three flavors—which made when it was time to taste those flavors as well. 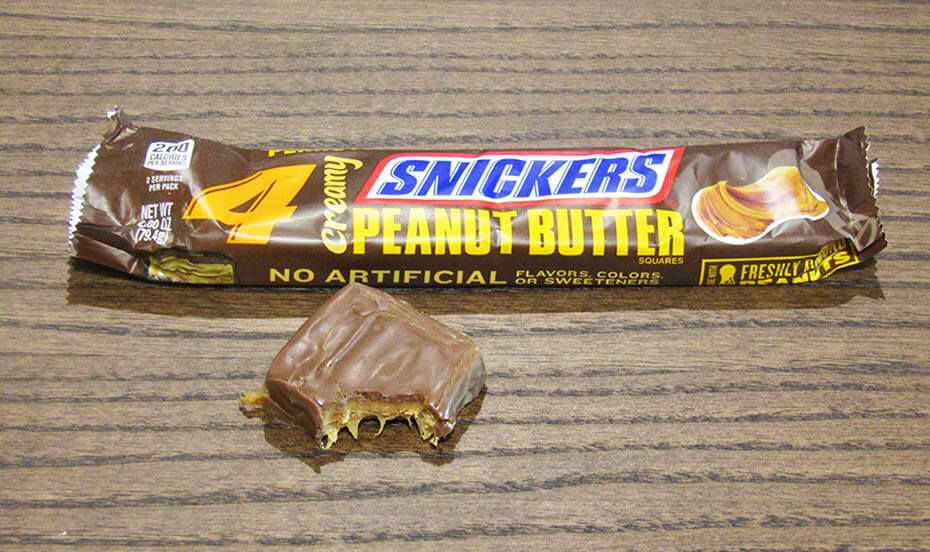 I was a little surprised when I bit into the Almond Butter bar because I expected it to have the same smooth consistency as the Peanut Butter bar. This bar had more bite to it, with a texture closer to a chunky peanut butter—though I'm not complaining.

The almonds in the bar also had a richer flavor than the peanuts, and though I thought it tasted healthier than the peanut variety, the sodium and sugar content in this bar were actually higher. I also found the Almond Butter bar to feel more filling than the Peanut Butter bar. That might be because the bar itself was thicker in order to accommodate the dense almond butter. I don't know if I'd personally describe the bar as "creamy," but it was still delicious. 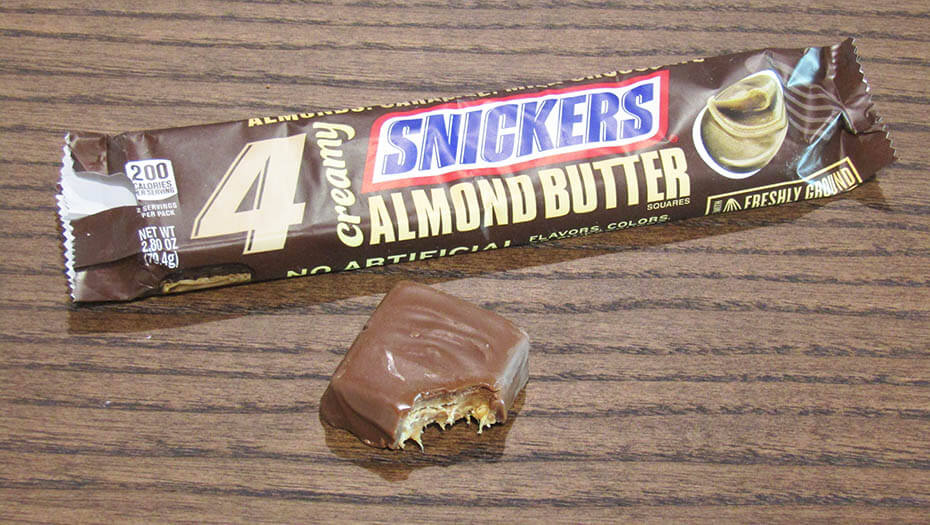 I tried the Maple Almond Butter bar last. As soon as I opened the wrapper, I caught a powerful whiff of its syrupy scent. The maple flavor was just as strong when I took my first bite. It had the same texture and thickness as the other Almond Butter bar, but the maple really punched through the chocolate and caramel to become the dominant flavor. If I were blindfolded, I probably couldn't even tell you that chocolate and caramel were in the bar because the maple is so powerful.

The overall effect isn't unpleasant (the hint of salt really hits the spot) but if you don't like maple, you're not going to enjoy this bar one bit. However, if you love to drown your breakfasts in syrup, this is going to become your new favorite chocolate bar. 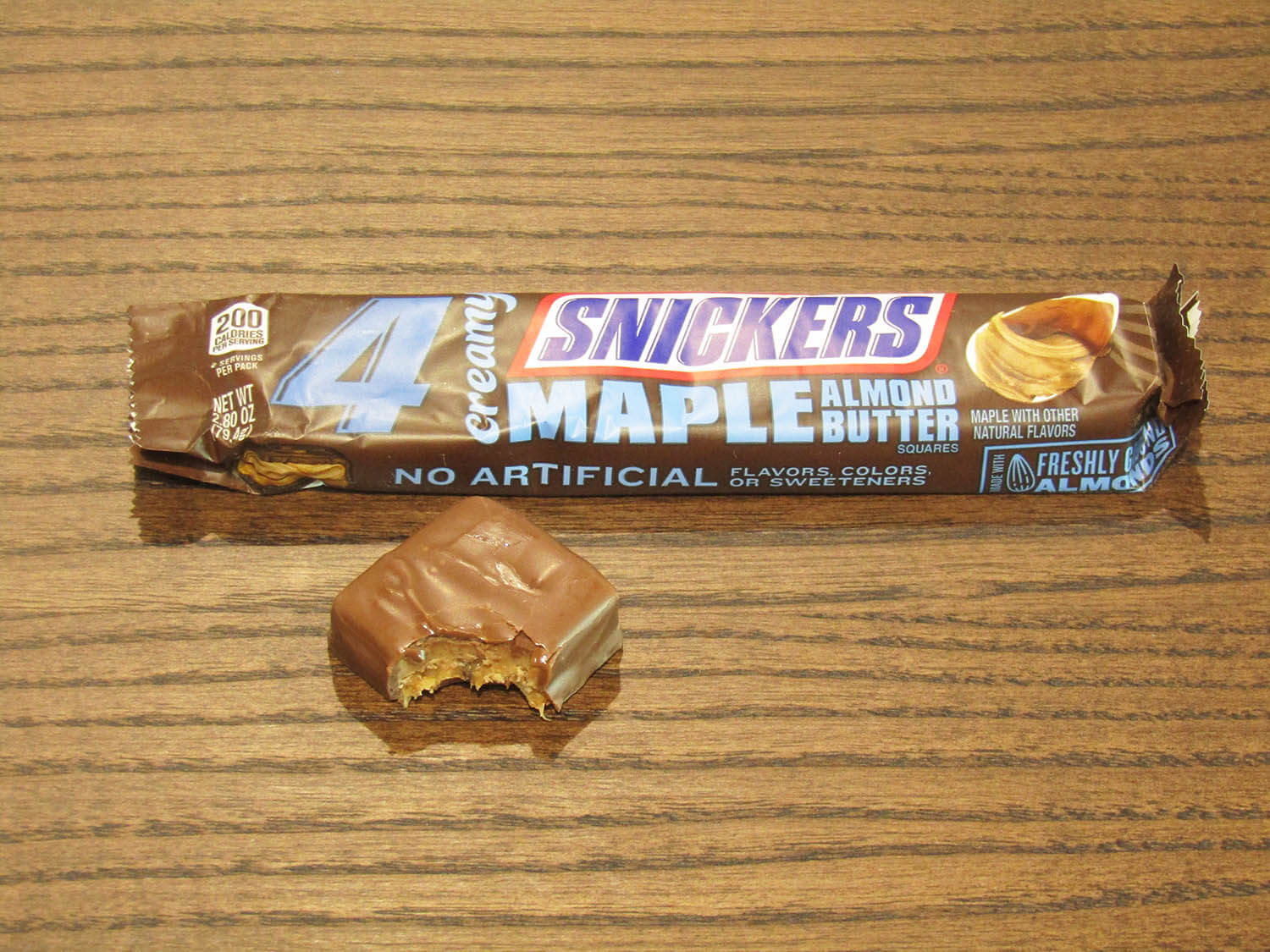 As a Snickers fan, I find Snickers' upcoming creamy bars hard to resist. The Peanut Butter and Almond Butter flavors are exactly what I expect from a Snickers bar, and I love that they don't contain any artificial extras. The  Maple Almond Butter flavor isn't something I'd want to have all the time, but it's unlike anything I've ever had in a candy bar and I expect it to have some diehard fans.

If you also love chocolate, the bars will only set you back a couple of bucks and are absolutely worth checking out when they hit store shelves early next year.

Where do we rank Snickers among all of the chocolates? Click HERE for our definitive ranking of classic chocolate bars.