I've always struggled with getting a good night's sleep, so when I heard that one company was making all-natural granola bars that help you get to bed, I knew I had to give them a try. 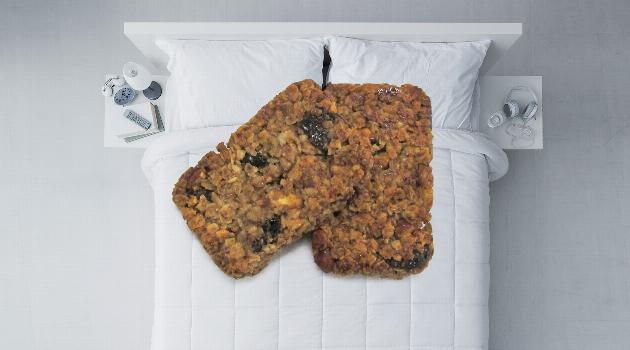 They're called Snooze Snack, and as weird as it sounds, the idea is just strange enough to work. I reached out to the company and they were kind enough to send me a pack of their bars to try for myself.

The granola bars don't include any odd chemicals or fancy ingredients to lull their consumers to sleep. They're simply made with oats, almonds, bananas and dried cherries, plus honey and spices. According to the company, these ingredients are full of tryptophan and melatonin, which are naturally-occurring amino acids and hormones that help people sleep.

The bars are about three inches long and less than two inches wide. Each night, you're supposed to eat half of one bar about 30 minutes before bedtime. When it's time to finally hit the hay, you should be drowsy enough to fall asleep in no time.

I tried the bars for one week to see if Snooze Snack would have any effect on me.

I began my Snooze Snack adventure on a Monday night. I was unusually tired all day, and all that time I'd been eyeing my box full of Snooze Snacks. They smell of cinnamon and spice, and are super tempting if you're like me and occasionally crave granola. It also rained all night, setting a soothing backdrop for my bedtime routine.

Half an hour before bed, I finally let myself have my first half of a Snooze Snack. It was just as tasty as I anticipated, with the banana and honey lending a hint of sweetness contrasted by the tart flavor of the dried cherry. 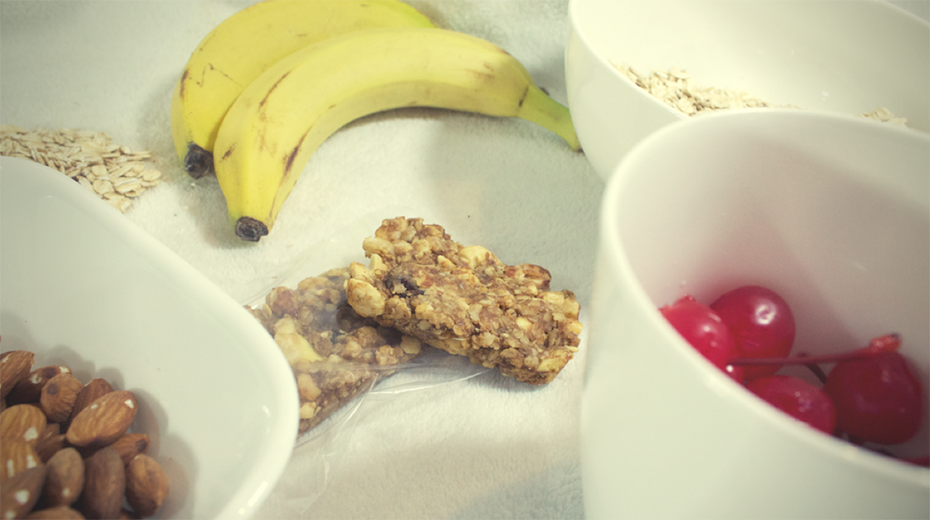 Half an hour later when I finally closed my eyes, I didn't conk out immediately. I'm typically restless, but I felt oddly serene. It still took me a while to fall asleep, but I do think I tossed and turned less than usual on the way there.

The following night, I was a lot more alert during the day, and I still felt wide awake a half hour before bedtime. I finished my second bar, and half an hour later when it was time to get to bed, I felt totally groggy—almost like I'd taken nighttime cold medicine. Again, I didn't doze off right away—but I never, ever do. I don't recall having a lot on my mind before I fell asleep.

On Wednesday night, I felt a bit wired again at bedtime. I started a new Snooze Snack bar, and for some reason this night I really had to struggle not to eat the whole thing at once. I really wanted to finish it. That night, I had a tougher time getting to sleep, and I feel like it took me a long time to wind down.

However, the following morning I woke up 40 minutes before my alarm went off, feeling well-rested and ready to take on the day. I can't be sure if it was the power of the Snooze Snack or just my own internal clock, but it seemed to be working.

Following my weirdly powerful cravings for granola the day before, on Thursday night I didn't even really want to eat it. For the sake of my sleep (and this experiment) I went through with it and finished the bar, and by bedtime, I was quite sleepy.

The next day, I again woke up before my alarm—this time by 20 minutes.

Even though I spent a pretty quiet Friday night at home, I lost track of time and ending up winding down for bed about 45 minutes later than usual. Not wanting to mess up my Snooze Snack streak, I started a new bar. I didn't notice any strong effects that night, but on Saturday morning I woke up feeling clear and refreshed at the time I usually wake up on weekdays. 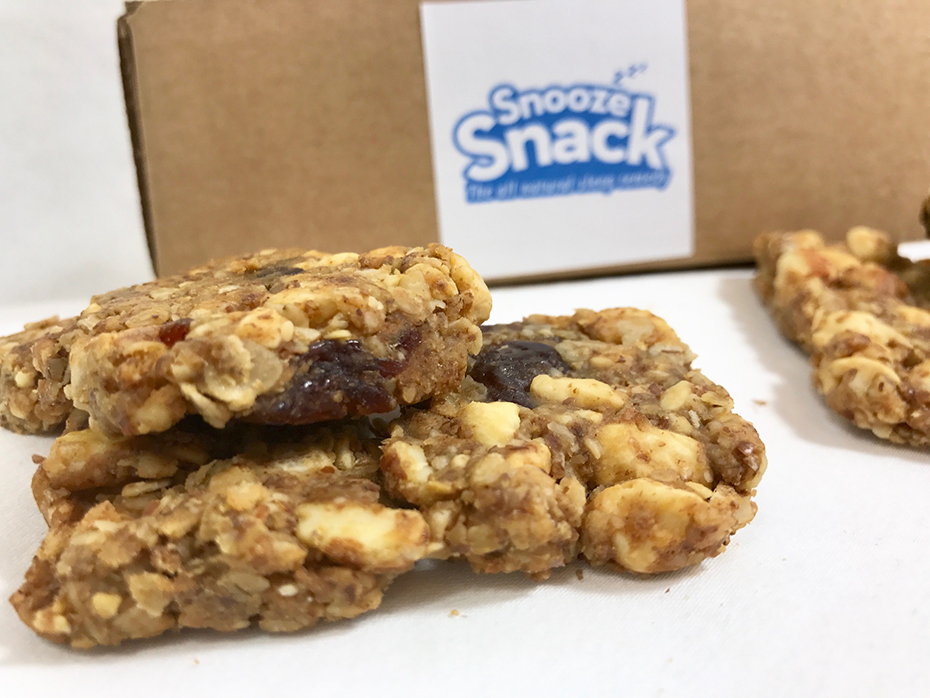 On Saturday night, I made sure to get to bed again at a decent time, eating the rest of my previous Snooze Snack bar a half hour before bed. That night my mind felt super clear and I fell asleep rather quickly, even though I wound up sleeping in a bit the following morning.

I stayed up later than I would have liked on Sunday night watching a movie, so half an hour before I got to bed I was still wide awake. After eating the bar, I didn't feel much of an effect and struggled a bit to sleep, but it certainly wasn't one of my worst insomnia nights. I woke up pretty exhausted in the morning, but I blame only myself.

After a week of Snooze Snacks, I do think they had some positive effect on my ability to sleep. It's not like they were some kind of miracle pill that suddenly fixed my sleep, but I felt there were small overall improvements that I won't ignore.

Best of all, I enjoyed eating them. They smell great and are pretty delicious, with just the right bit of crunch of fruity flavor throughout. I even anticipate that some people will give in to temptation and have the bars as daytime snacks.

However, I don't think they'll be for everyone. For one, eating Snooze Snack completely disrupted my nighttime routine. I like to brush my teeth and wash my face at least a couple of hours before bed so I can start winding down, but obviously if you're going to be eating something right before bed, that has to wait. Moving up my routine to less than half an hour before closing my eyes wasn't necessarily a dealbreaker, but it was unusual.

Secondly, granola will always be a weird food to eat right before brushing your teeth. The oats get stuck everywhere, leaving way too much granola in the sink as you brush. Also, we recommend not being in bed when you eat the bars, or you'll be finding crumbs in your sheets for days.

Also, if you're eager to jump on the Snooze Snack bandwagon, you might have to wait a little while. Their online store is currently offline, but they're gearing up for a relaunch in the future.

If you're like me and struggle to get enough shuteye, click HERE to find out what's probably ruining your sleep.