Did you know that endlessly checking your phone can trigger the same part of your brain as having an intense crush?

There's a lot of complicated stuff going on in our brains when we get glued to social media and other apps. Journalist Catherine Price knows all about it. She's the author of How to Break Up With Your Phone, and the creator of Screen/Life Balance, a website dedicated to helping people have healthier relationships with their phones. We asked her all about the ways our apps shape our minds—and why we should be kinda mad about it.

Sweety High: What do you actually mean when you talk about a phone breakup?

Catherine Price: I always like to clarify that breaking up with your phone isn't about dumping it entirely, never to look at it again. Instead, it's about being more aware of intent of the people who design the apps you use, and deciding whether you're okay with that. It's about feeling good about the time you spend on the phone. 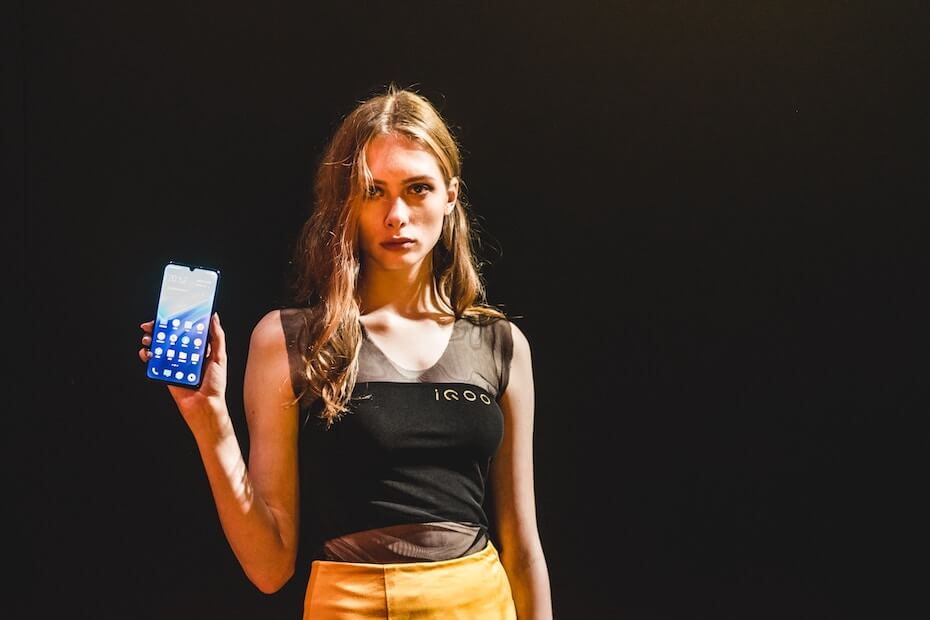 SH: What are some of the reasons we should cautiously look at how we use social media?

CP: You have to remember that any time an app is free, you're not the customer of the app. You—specifically your time and attention—are actually the product. Essentially, your life is being sold to advertisers. This is called the attention economy. The more time we spend on apps like Instagram, the more opportunity there is for those apps to collect information about us, and then use that information to show us ads targeted specifically to us to get us to buy stuff. And they don't just make money off what we buy. It's also about tracking our online behavior.

It's not just about what you "like," or what you click on, either. Whenever you're logged into social media, they put what's called a cookie on your computer or phone and basically monitor what you do, no matter where you go online. They see what you're looking at and how long you're looking at it, what makes you scroll right past and what makes you stop because it's interesting. They have a truly staggering amount of information on each and every one of us.

It's something we consumers should be angry about. The designers of the social media apps people tend to spend the most time on are deliberately modeled after slot machines, because they want us to get hooked on those apps. Slot machines are widely considered to be the most addictive machines ever to be invented, and when you compare them to an app like Instagram, you can see there are all sorts of similarities between them.

SH: What about slots—and social media—keeps us constantly coming back for more?

CP: Slot machines manipulate us by triggering our brains to release a chemical called dopamine, which is also released in the early stages of a relationship and by tasty food. When your brain releases dopamine, it's making a note that something is worth doing again. When you eat something delicious, it makes sense for your brain to release a little bit of dopamine because eating helps keep you alive. Playing slot machines doesn't, but it triggers the same system, and neither does checking Instagram 200 times a day. It's actually going to prevent you from living your real life. These apps are deliberately designed to have features that trigger dopamine. 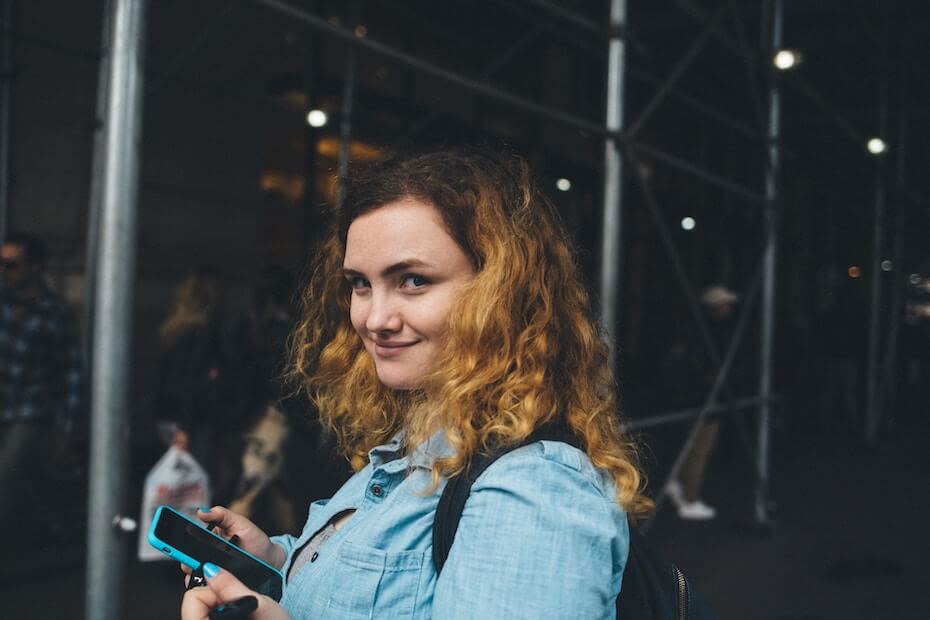 SH: What is it about social media that activates these triggers?

CP: One of these rewards is social affirmation—feeling like people like us. Human beings are very social creatures, and it matters to us where we stand with our tribe or peers. When Facebook introduced the "like" button, it really revolutionized the way people use it, because people kept coming back again and again to see their scores and how "well" they were doing. That's become a huge part of Instagram, too. They're directly modeled after each other.

Another big thing is novelty. Anything new also triggers a dopamine release. Obviously, every time you check your feed, there will be something new waiting for you there. Every time you find something new, you'll release dopamine and reinforce the idea you should be checking your phone over and over. As people know, once they've been in a relationship for a while, the novelty fades, and unless it becomes a really serious long-term relationship, someone is going to get dumped once it wears off. The dopamine wears off and you don't feel that intoxication anymore. With your phone, you never have that lack of novelty. It's always going to have something new. You're always vulnerable to being in an early-stage crush relationship with your phone, and that's going to keep you glued to it.

Uncertainty is another huge dopamine trigger. With a slot machine, you don't know what's going to happen when you pull the lever. That happens with your phone too. You don't know what will be waiting for you when you check in, and that will keep you coming back.

When you put this all together, you realize that you thought you were checking Instagram because you wanted to, but really what's happening is your brain is being manipulated. Very sophisticated techniques are being used against us to convince us consciously, and then make us act subconsciously, to constantly be on our phones. That doesn't benefit us. It benefits the companies and advertisers.

SH: Is that the main thing that brings us back to our phones again and again?

CP: On top of this dopamine reward system, they're also designing apps to promote FOMO: the fear of missing out. You start feeling that if you don't check your phone, you're going to miss out on something important, whether that's not getting invited to the party, or not getting to comment on someone's photo in time. When you combine those two things, you condition yourself to believe that constantly checking your phone is worth doing.

As a consequence, when you can't check your phone, you feel this anxiety. Your body physically starts releasing stress hormones, and the only way to alleviate that stress is to check your phone. And when you do check your phone, there's something waiting for you that triggers dopamine, and you just reinforce the idea you should do it again. We're all pawns in this very sophisticated game, and while the big companies are the winners, we lose. 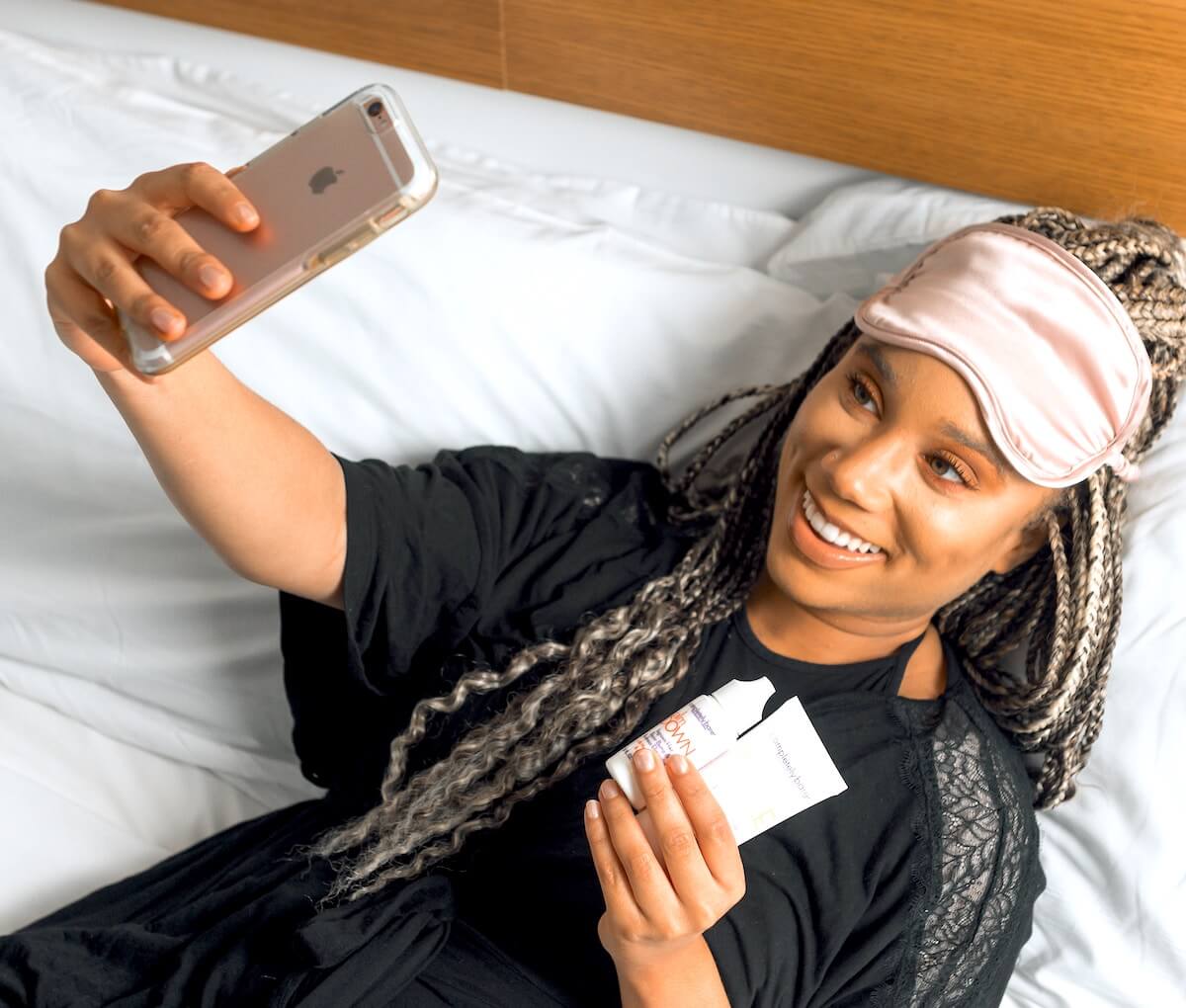 SH: What can we do to break these dopamine-driven habits?

CP: To break away from these loops that are established in all our brains, try something like putting a hair tie or rubber band around your phone, so that every time you reach for your phone on autopilot, it reminds you and forces you to notice that you just reached for your phone. Ask yourself "What for?", "Why now?" and "What Else"? (Editors note: You can download a lock screen HERE so you see the message whenever you reach for your phone).

You also want to go into the Notifications Center and turn off as many app notifications as you dare to.  They're designed to interrupt you from whatever you're doing as often as possible, so I strongly encourage everyone to experiment with not having them on. You can always turn that back on if you truly miss them. Once you disable those notifications, spend the next couple of days noticing if you feel any differences in your anxiety levels or your mood. At first, you may feel a spike in anxiety levels, because you can get caught in a FOMO and dopamine loop. However, if you persist through that, in many cases your levels of anxiety will actually go down. The spell of the phone will be broken, and that's what we're trying to do—get you to disenchantment where you're no longer under its spell.

If you can get through that, experiment with not having social media on your phone at all for a day or two. Remember you can always reinstall it. Your apps are not going to forget anything about you or any of your data. You can also experiment with turning your phone to black and white, and setting it so you can toggle between that and color. Color is a dopamine trigger, and when you look at your phone in black and white, you will find yourself craving something and not understanding what it is. You're missing color, and that really allows you to experience that dopamine effect.

Not ready to break up with your phone? Click HERE to find out what happened when one of our writers gave up her phone for five days.