Stalking anyone on social media is one of the easiest things to do.

While checking your potential S.O.'s feeds obsessively is by no means healthy, a quick scan for red flags is never a bad idea. After all, you want to know what you're getting into before you fall head-over-heels, right?

Below, nine major red flags to look out for on your crush's social media. 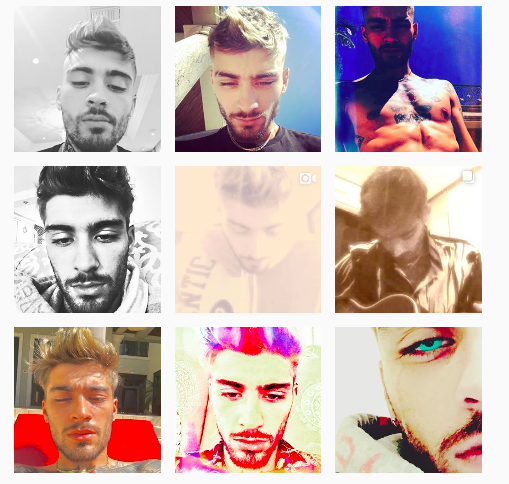 The Feed Is Full of Selfies

A few selfies here and there are totally okay–there's nothing wrong with feeling yourself! But if the feed is basically a sea of endless selfies, chances are this person is very self-absorbed. Too many selfies is an immediate red flag because super selfish people tend to be terrible in relationships.

You Notice Lots of Comments From the Same Person

The sneaky player is a hard one to spot, but be cognizant of the comments on their feed. If you see the same person constantly writing under your crush's pics, chances are they're playing the field.

Being single and ready to mingle is one thing, but posting a pic with every good-looking person who crosses their path is a sign of desperation. People who are constantly posting pics like this are usually seeking attention and need to work on themselves before they will make a good partner to someone else.

They might seem sweet and kind IRL, but tread lightly around the endless status-updater. These people tend to be ranting all over social media and are clearly more unhappy and negative than they lead on.

Their Photos Are Always Super Flashy

Beware of the bragger. There is nothing less attractive than someone who feels the need to show off everything about their life. If the apple of your eye is posting pics of their new car, fancy clothes, or other obnoxiously extra things, un-crush yourself real quick.

Posting on social media 24/7 is a surefire sign that the person is constantly on their phone. We are so wrapped up in the internet these days, but building a solid relationship takes time and a real connection (not the five bars of wifi kind). Creating a bond with someone who is in love with their phone is pretty much impossible.

Unless they're Chrissy Teigen, we don't really condone people going on endless rants or getting into Twitter fights with people they don't even know online. If they have that much pent-up energy to spend yelling at strangers, who knows what will happen when you and this person have your first disagreement.

Having a good time is fun and all, but if your crush is constantly posting party pics, chances are they're really only focused on having a good time and not on finding a relationship. Unless you're the party type, too, and your circles connect, take this red flag seriously.

This one hurts. Unless you've straight-up never talked to your crush, it's a dagger to the heart to find out they don't follow you online. If you've hung out outside of school, have a class together, have studied together or share similar friends, after a few interactions they should be following you—so if they don't, take it as a sign. Also, if you're sent a friend request but still no avail, that's a big red flag, too!

Did your crush pass the test? If so, HERE'S how to get them to ask you to prom!