Songs You Wish You Could Send Your Ex

Whether you're on good terms or you can't even stand to be in the same room as one another, your former S.O.s always act as reminders of what could've been, had things turned out differently. And while you might struggle to think fondly of any of your exes, you can still find ways to recover and cope with your feelings about any breakup. Our favorite method, obviously, is through the power of music. 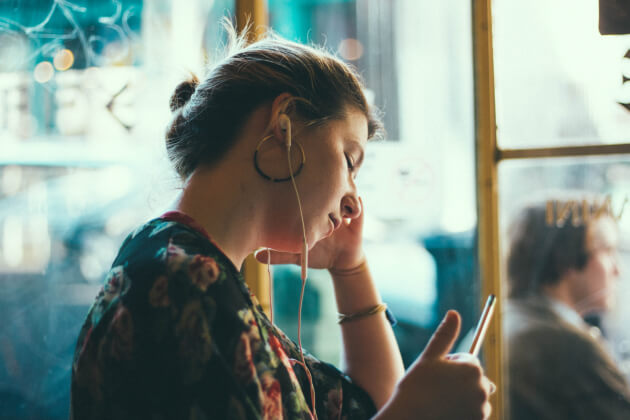 Since you probably can't be totally upfront with any of your past flings, keep scrolling for 10 songs you wish you could send your ex.

'It's Not Right, But It's Okay' by Whitney Houston

For: The ex who cheated on you

An oldie but a goodie, "It's Not Right, But It's Okay" is an empowering anthem about moving on after being cheated on. Even though it seems like the end of the world, it's a totally survivable situation. Plus, your betrayed emotions can seek some solace in the fact that the queen herself Whitney Houston was cheated on, proving that some people are just trash.

'Almost Lover' by A Fine Frenzy

For: The ex you never actually dated

Ugh, the ex you never really dated—we all have at least one. While it feels odd to mourn a relationship that never really happened, "Almost Lover" by A Fine Frenzy is the perfect tune to capture those complicated feelings.

'The Harold Song' by Kesha

For: The ex who broke your heart

Unfortunately, there are times when getting over your ex isn't as easy as simply breaking up and moving on. "The Harold Song" captures all the frustrating thoughts that come along with heartbreak, and the feeling that you'll never recover from these painful emotions. If you need a little time to just wallow in your feels, this is the song for you.

For: The ex you can't help but miss

This powerful song by Lorde perfectly captures the up and down post-breakup feeling of hating your ex and simultaneously missing everything about them. After all, it's okay to miss someone who was a big part of your life, and it's also okay to acknowledge that the relationship wasn't the best thing for either of you.

For: The ex you literally can't stand

Let's be honest—some exes just aren't worth thinking positively about. Thankfully, this country tune by Carrie Underwood captures all the feels that go along with thinking about an ex you just can't stand.

'Somewhere Only We Know' by Keane

For: The ex you want to reconnect with

While we're not big fans of getting back together with your exes, even we have to admit that there's always the ex you low-key want to reconnect with. For those relationships, "Somewhere Only We Know" is the perfect song to capture your feels. It's not too emotional, but it's a sweet reminder of memories you can only share with one specific person.

'Somebody That I Used to Know' by Gotye ft. Kimbra

For: The ex you feel pretty neutral about

While the immediate aftermath of any breakup is probably filled with lots of emotion, as time passes everything just kind of settles into a neutral "meh" zone. "Somebody That I Used to Know" captures this feeling, as it discusses the highs and lows of a breakup, while simultaneously communicating that none of it really matters anymore.

'Shout Out to My Ex' by Little Mix

For: The ex you're grateful for

Sometimes your feelings for your ex are complicated. Thankfully, this upbeat tune by Little Mix captures the odd feeling of saying goodbye to someone you care about and still being grateful for the relationship. All your exes make you who you are, so you can still be grateful for them, even when you're having trouble letting go.

For: The ex you couldn't care less about

Some breakups end in overwhelming feelings of heartbreak, but other relationships end with a sense of joy and freedom. This tune is the perfect singalong for that ex who you honestly never even think about anymore because you just really don't care.

'Miss Movin' On' by Fifth Harmony

For: The ex you're ready to move on from

This powerful tune from Fifth Harmony (RIP) will give you all the encouragement you need to pull it together and wave goodbye to that ex you're finally ready to let go of.

On the hunt for more empowering tunes? Click HERE for 10 songs you need to listen to when you're in need of a confidence boost.
exesmusicrelatablerelationships