A Sound Huggle may look like a pair of super cute and cozy earmuffs, but it's actually a sleek pair of Bluetooth headphones. 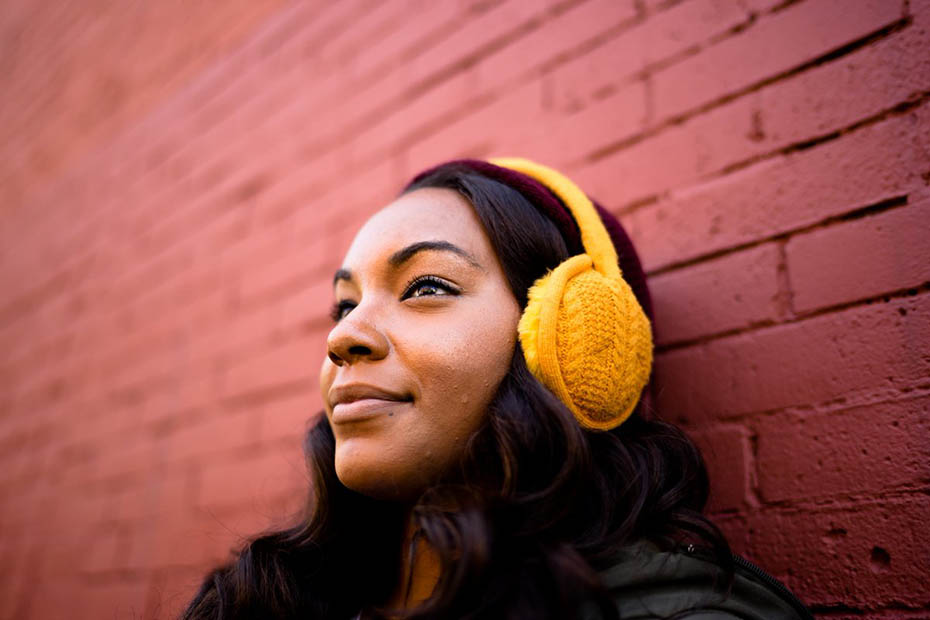 They're currently only available for pre-order on Indiegogo, but Sound Huggle founders Jason and Sam sent us a pair early to try them out for ourselves. We have to say we're obsessed.

First up, we think they're actually pretty fashionable. They're available in three styles—Classic Charcoal, Ruby Red and Dorian Grey—meaning there's a different look for anyone. Maybe you'll like the sleek, soft charcoal color, but we prefer the knitted cap look on the red and lighter grey. Even when you're not listening to anything, you can wear them out and about and no one will bat an eye.

The wirelessness of the headphones adds to the illusion that they're just earmuffs. They rate among some of the easiest Bluetooth headphones to connect. Just hold the power button until they boot up, then pair from your device and you're good to go.

Next up, they're super soft and warm. They're great whether you live somewhere chilly and your ears tend to get cold when you use earbuds or you just like to look comfy and cozy in the wintertime.

Of course, the most important aspect of any pair of headphones is the sound quality, and these sound a lot better than you'd expect based on their appearance. They can get super loud without crackling or cutting out, and they sound great at lower volumes as well. 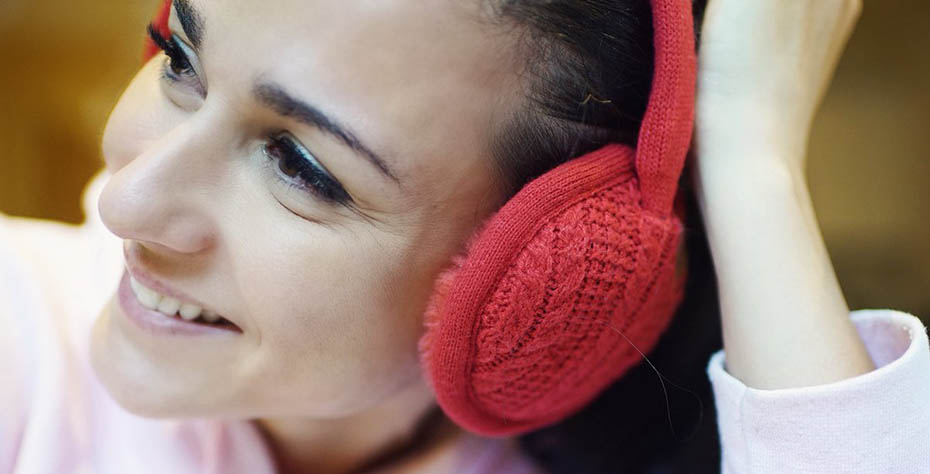 There are also volume buttons built right onto the headphones. This can be a little awkward at first before you familiarize yourself with the placement, but after a bit, the process becomes second-nature.

While they might not look like the most compact headphones ever, they do twist into a smaller shape that can fit easily in your pocket or handbag.

The charge is also one of the longest-lasting we've seen on Bluetooth headphones. We've used them for upwards of five hours on a single charge and they haven't died on us yet.

Apparently, Sound Huggle headphones even work in freezing temperatures down to 23° F. Seeing as we live in sunny southern California, we didn't get to put this to the test, but if you need these to keep you warm in a cold environment, it's worth knowing.

As much as we love Sound Huggle, no pair of headphones is without its flaws. It would be nice if there were a wired option for devices that don't support Bluetooth, and there were times when the headphones made our earrings pinch us. Other than that, it's hard to find fault with these charming and comfortable headphones.

You can pre-order them for $117 on their Indiegogo crowdfunding page now. That may be a bit more than you're used to paying for headphones, but if you love the look, it's pretty hard to resist.

Not sure if Sound Huggle headphones are right for you? Click HERE to find out which pair of unique headphones is just your type.