The Spider-Man comics have a long and complicated history of who actually gets to be Spider-Man—but when it comes to Marvel TV and movies, spider-themed superheroes have pretty much been limited to Peter Parker.

That's finally changing this year, and we're pumped about it. The gorgeously animated Spider-Man: Into the Spider-Verse stars Miles Morales, a half-black, half-Puerto Rican teenager, as its primary Spider-Man while also throwing Gwen Stacy's Spider-Gwen and the original Peter Parker, into the mix. That's not to mention a bunch of additional spider heroes who will be appearing in the film, including Spider-Man Noir, Peni Parker (and her SP//dr mech suit) and Peter Porker, the Spider-Ham.

But that's not all, because the upcoming Marvel Rising: Secret Warriors also features Gwen with spider powers, this time dubbed "Ghost-Spider." Basically, Gwen Stacy is starring in not one, but two, animated feature films, and it's an awesome time to be a fan.

In case you're having a hard time keeping these two Spider-Gwens straight, here's what we know so far about each character.

In Into the Spider-Verse, Miles Morales is just getting the hang of his superhero powers, and the heroic Peter Parker he admires has died. When another Peter shows up from an alternate dimension, he's lazy, out-of-shape and not that determined to fight the good fight. That leaves Spider-Gwen, voiced by Hailee Steinfeld, to be the best around at kicking butt.

"She is really just the toughest and the coolest and the smartest, and the most capable one in the room—and she knows it. There's something really incredible about her. 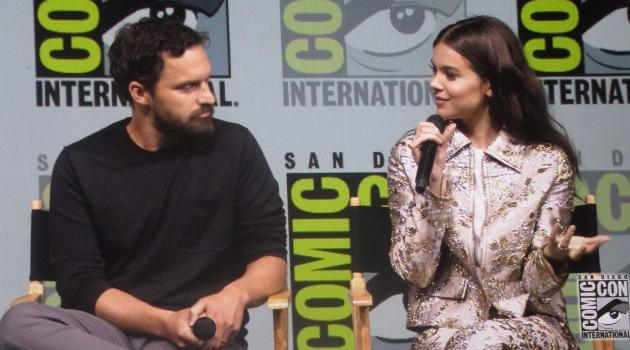 Gwen and Miles' Friendship Has a Rocky Start

In a Comic-Con exclusive clip of Into the Spider-Verse, we got to see Miles and Gwen's first interaction. As Miles fumbles around with his new spider powers, he gets his hand caught in Gwen's hair, and due to his sticky fingers, he can't let go. Initially, Gwen thinks he's a freak, and struggling with him just makes things worse.

Eventually, the two have to head to the school nurse together, and Gwen has to have her head shaved, heaving a big hand-shaped mark on the side of her head. Eventually, Gwen winds up with a slick undercut, but she's not thrilled by the experience. Still, Hailee teased some growth between the two.

"I love the relationship Gwen has with Miles."

According to co-writer Phil Lord, their bond will really grow because they share something that no one else does.

"All of these characters are born out of tragedy on some level. The thing that's interesting about their stories, is for the first time, there's somebody out there who knows what they're going through. What's interesting to me about the relationship between Spider-Gwen and Miles is that they finally have a tribe. Here's somebody who doesn't have a buddy, is almost afraid to have a friend, and the fact that they get to find each other is incredibly moving." 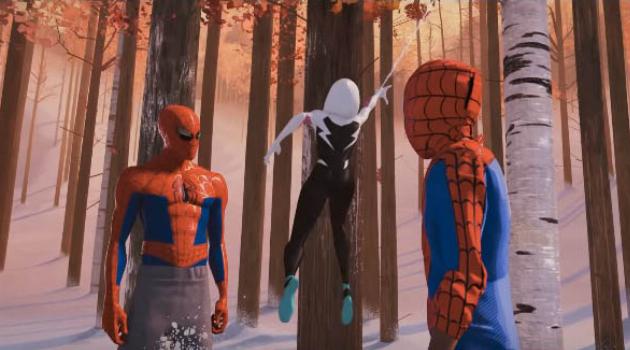 In Fact, the Spider-Verse Is All About These Different Stories Coming Together

According to Phil Lord, Miles Morales exists in a different dimension, and most of the additional spider heroes that show up come from further alternate dimensions. It sounds complicated, but it's super important to the story they want to tell.

"Spider-Verse is basically all of these alternate ways of telling a story and all of these different people that experience it. The thought of this movie was what if those different stories intersected, and what would happen to these people? That's the power of this character, that we've told his story so many different ways. Anybody can be behind that mask. We can all imagine ourselves behind that mask. That's the cool thing about Spider-Man, and the interesting thing about comics culture." 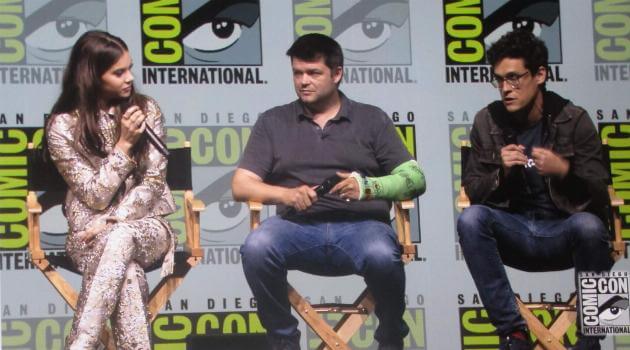 In Marvel Rising, Gwen Stacy, played by Dove Cameron,  doesn't have any other spider heroes to share her identity with. She has to keep her identity super under wraps so obviously she couldn't go by the fan name of Spider-Gwen. For this show, Marvel senior VP of animation and family entertainment Cort Lane and the rest of the creators worked together to create the perfect new name for her: Ghost-Spider.

"Spider-Gwen isn't really the name of the superhero in publishing, so we thought a lot about this character's identity. She glides, she's stealthy and she learned all these detective skills from her father." 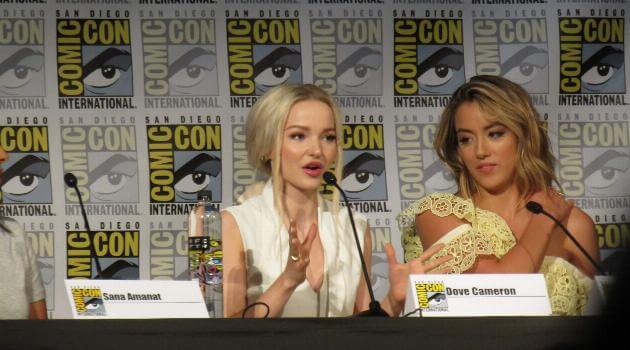 Gwen Stacy's dad is the chief of police, and he doesn't at all approve of vigilante superheroes. He especially distrusts Ghost-Spider because he believes she killed Gwen's best friend, Kevin. Gwen knows that this is obviously untrue, but she can't really convince him without revealing her true colors.

"He also personally has a big judgment of Ghost-Spider and thinks that she's more of a menace than a hero and it creates this tension. She has to live this double-life and she has to keep it from him. That has to be the most stressful thing for a young girl ." 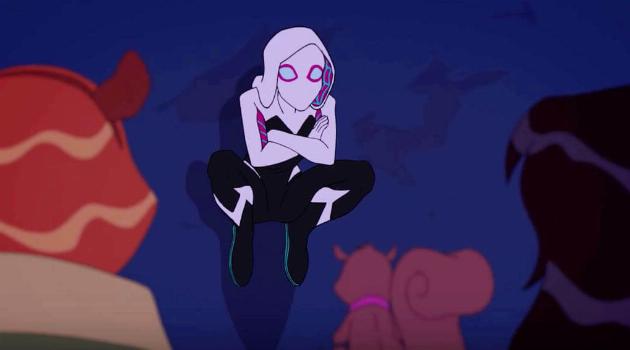 Dove Cameron's Ghost-Spider Will Be Just As Capable as Hailee's

Gwen Stacy may face a lot of family turmoil in Marvel Rising, but she's fully equipped to handle it and prove to the world that she's one of the good guys.

"She's very bright, she's incredibly sassy, smart, very funny and sarcastic. A lot like me. And she's really sweet. She loves her relationship with her father and wants to be the heroes that she sees all around her." 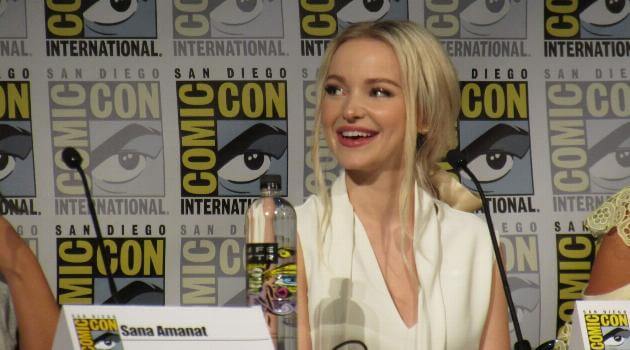 If You're Wondering How Ghost-Spider Got Her Powers, the Answer Is Pretty Simple

"Well, I was bitten by a radioactive spider. That's how most of these things start."

To find out more about one of our favorite young heroes, click HERE to learn everything you need to know about Squirrel Girl in Marvel Rising.