The first footage of Marvel's Spider-Man for the PlayStation 4 debuted at last year's E3, and the stunning game basically looked too good to be true.

Sure, we were seeing real-time gameplay footage, but the fluidity of movement and the stylish web-slinging attacks that perfectly strung together seemed like something only a seasoned expert at the game would ever be able to pull off.

But at this year's E3, a playable demo was available to attendees, and I got to play it and prove to myself that the first trailer hadn't been some kind of elaborate hoax.

Even from the title screen, I knew I was in for an incredible-looking game. Spidey's suit is super different from in the movies, but it looks great, and the city is breathtaking behind him. As the game started, it somehow looked even better. 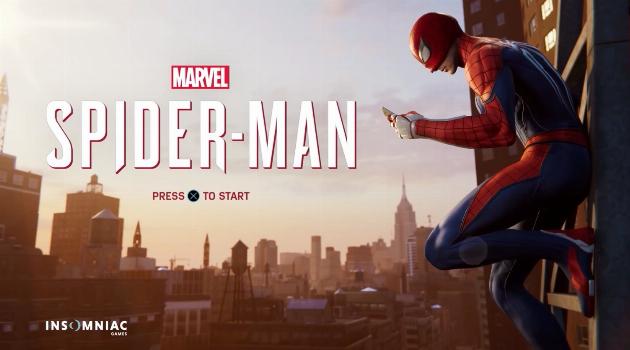 Queens was hugely detailed and had a breathtaking scope, and even though I only had about 20 minutes to explore, I didn't find it overwhelming. I got the sense that, after playing a bit, I'd get a sense for the layout and generally know where things were—and even if I didn't, I could always follow a mini-map.

And even though the city was huge, getting around from place to place was a breeze. Thanks to Spider-Man's web-slinging ability, I could throw webs just about anywhere to glide between buildings, or shoot a string of sticky web toward something to bungee right toward it. I could run up walls and use webs to zip from place to place. Just getting around actually makes you feel like Spider-Man. That's a thrilling and a powerful thing to instill in a game. 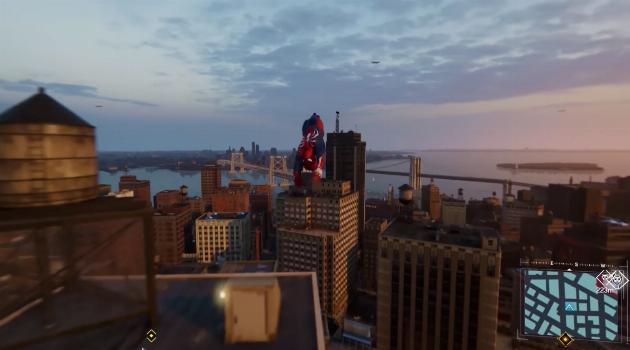 The scale of the map was also impressive because every other game demo I played during E3 was super contained. There were small, scripted segments of the game showing off some of the core features and gameplay. Marvel's Spider-Man felt different. It seemed there were dozens of waypoints around the map that I could check out and explore, and given my time limit I only had time to investigate three—and that was after I abandoned two missions that just weren't working out. 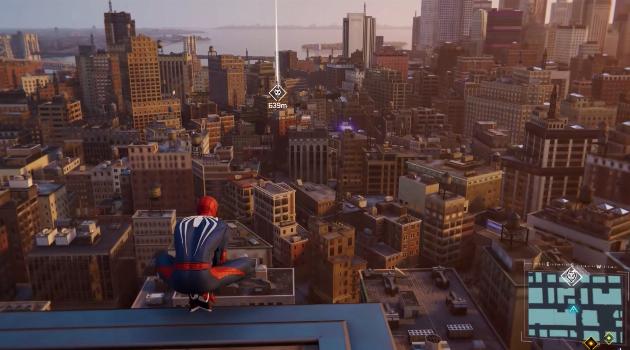 I began by following the symbol that stood out to me most. It led me to a rooftop where I found Kingpin's men gathering surreptitiously to plan something devious. This was my chance to try out the combat system, which felt totally smooth. I could use one button for my hits, one to zone-in on baddies by shooting a web and drawing me toward them and another to dodge attacks, chaining them in different orders. Relying on the enemies in the vicinity led to some results that were good enough to put in an action movie. I particularly liked that Peter's spidey sense would go off when he was in danger, causing white lines to surround his head, and signaling me that I needed to get out of the way or get pummeled. 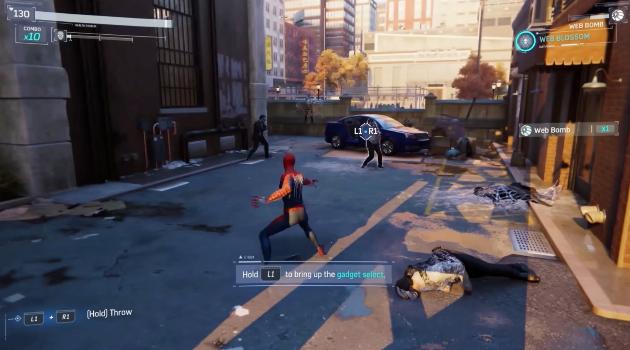 But, like Peter Parker as Spider-Man, I had to be careful about taking on more than I could chew. I died on this mission a couple of times, and every time I did it was because I was fighting enemies with guns. They could shoot at me from far away and I just wasn't prepared to handle them properly. Of course, Spider-Man has never been invulnerable, and I love that the game treats him as such. 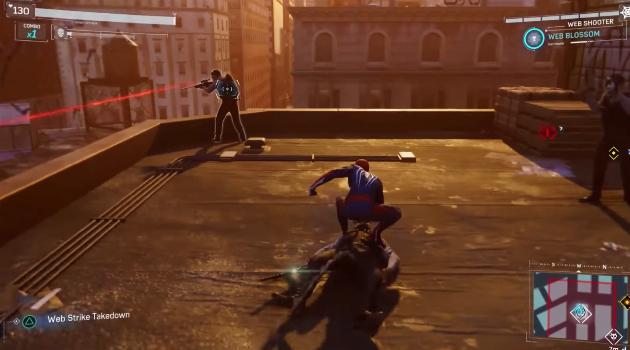 When that wasn't working out, I quit that mission to try something else. I was swinging around the city when I heard about a car chase, so I followed it to find a rampaging van full of masked villains and a giant bomb in the bag. I boarded the top of the van, but they shot at me again and again through the roof. When I died again, I wasn't quite sure what I was supposed to be doing, and when the game resumed I left to try out yet another objective before my time ran out.

Lastly, I followed a symbol to another rooftop, where I encountered the Demons' gang hideout. After safely knocking out the guys on the roof, I opened a hatch and hopped inside their warehouse. Again, I got to try more battle techniques, and I did much better by picking guys off one at a time and stopping anyone suspicious before they alerted the rest of their crew. This was working for me, and I felt I was making good headway until another squad of gunned goons showed up. 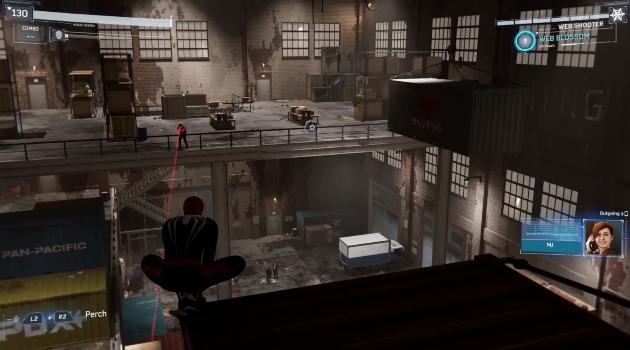 While I did die again, I felt like I was learning. Even as I messed up repeatedly, I really enjoyed the gameplay, and I think that when the game comes out and I spend some real time with it, I'll be able to master it. When my time was up, I almost felt tempted to get back in line and wait another few hours for a chance to play again.

Marvel's Spider-Man really succeeds in immersion. The game made me feel like Spider-Man and that I was capable of pretty much anything, without making me feel invincible. The game comes out Sept. 7, and when it does, I plan to spend a lot of time in Spidey's shoes.

For more on this year's must-play video game releases, click HERE to find out my favorite things about Pokémon: Let's Go Pikachu!