When the first Splatoon game released on the Nintendo Wii U in 2015 it immediately became my favorite game on the console.

From the playful but profound post-apocalyptic storyline, to the stylish character design, endlessly catchy music and innovative gameplay mechanics, everything felt fresh. The fact that Nintendo managed to develop a non-violent shooter, bringing players in from all over the world into one arena, was a game changer. 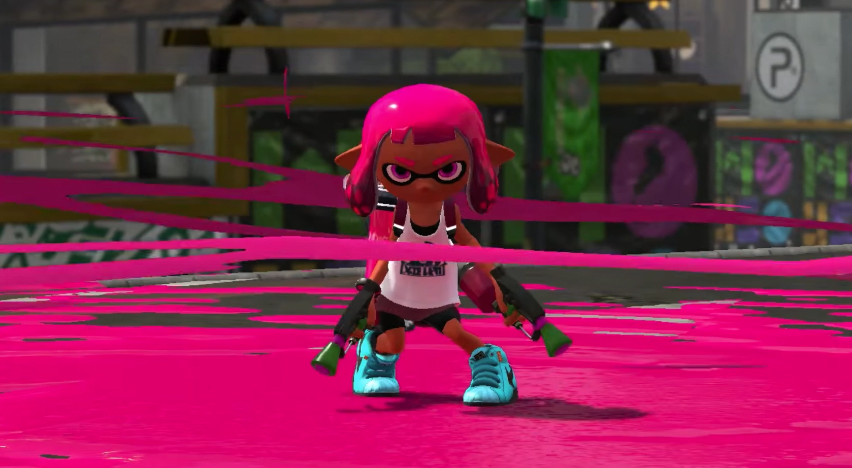 So when Nintendo's announcement video for the new Switch console included a few shots of a brand new Splatoon game I was thrilled—as well as a little nervous. Would a sequel be able to expand on the premise of such a solid game?

Thanks to Nintendo Switch's preview event in Los Angeles last week, I now know the answer. During the preview I was able to get my hands on an early build of Splatoon 2 (twice!), and I can now say that it's the definitive version of the game. The reason? Local cooperative play. 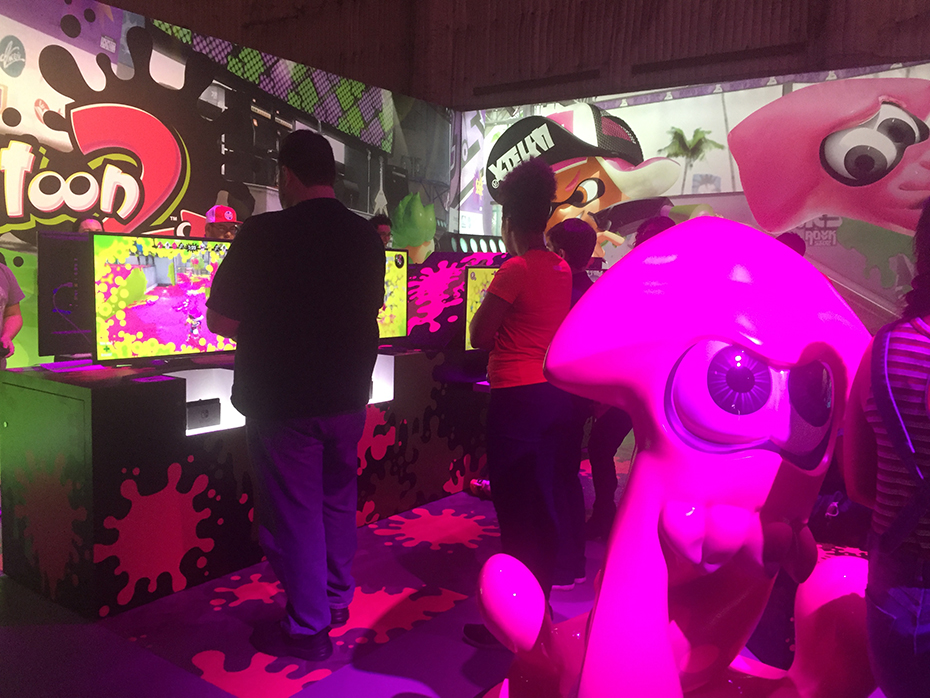 In the original Splatoon, the only mode that let you play with a buddy on the same couch is the (pretty uneventful) one-on-one Battle Dojo where you shoot balloons and try to splat your opponent. Every other multiplayer mode requires an internet connection and seven additional players with their own Wii U systems on the internet.

Unless you know enough players personally and can coordinate a time to all hop on, you typically play with strangers around the globe with no communication beyond a couple of pre-scripted calls of "Booyah" and  "C'mon." 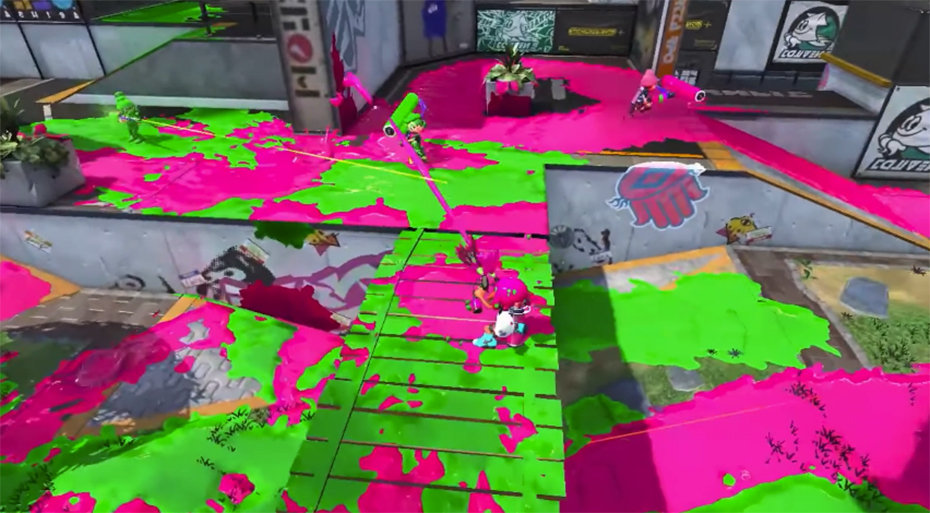 Playing at the event with seven other players in-person was an entirely different experience. With my three teammates beside me and our four rivals sitting across from us, there was a real sense of competition. On the Switch, couch co-op is totally possible—and it doesn't even require an internet connection, even if it does require eight individual Nintendo Switches.

In Splatoon's main mode, Turf War, each team has a color and weapons that paint the level. As we tried to cover more of the turf with our team's hue, I grew more and more excited.  My heart raced in a way it never had when I faced off against anonymous players online. Even though we didn't communicate much during the actual game, each victory led to high fives and glances over the defeated opposing team. 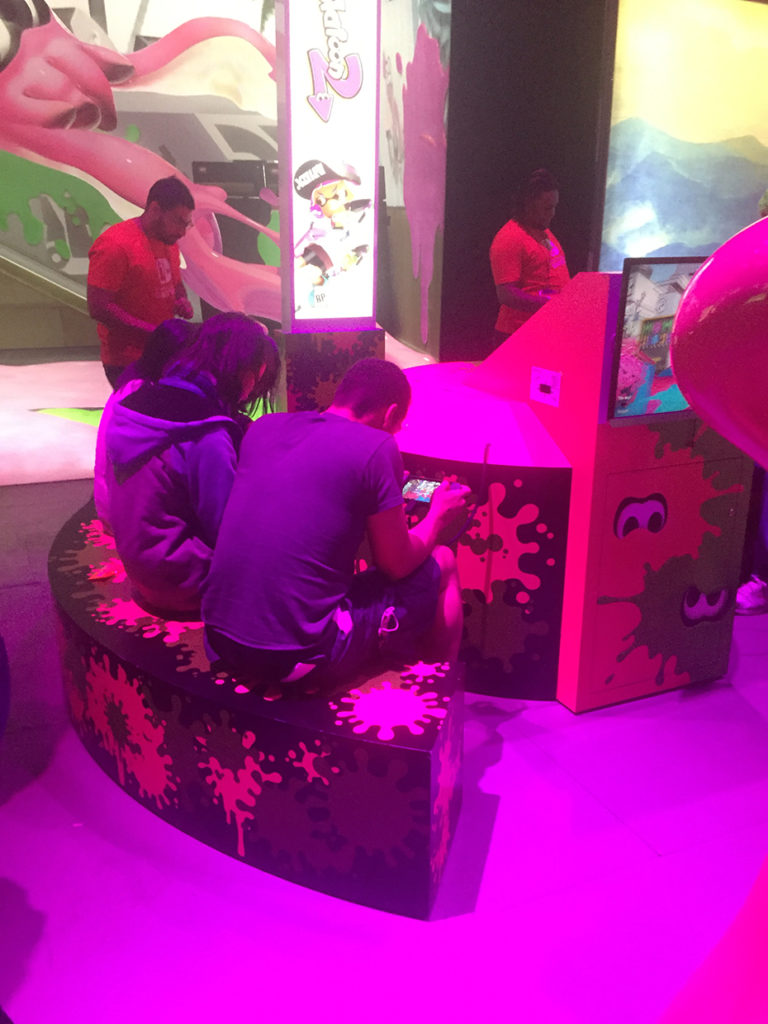 During my time at the preview, I played four rounds of Turf War (two sets of two games each) and during that time, my team won every match and I inked the most ground of the game in every one. Maybe that's why I love this game so much.

But camaraderie isn't the only reason Splatoon 2 is excellent. It's also got some cool new weapons, including the highly publicized Splat Dualies. I didn't actually opt to play with them (I'm much more comfortable with the Splattershot) but they look very cool and make great use of the Switch's Joy-Con setup. 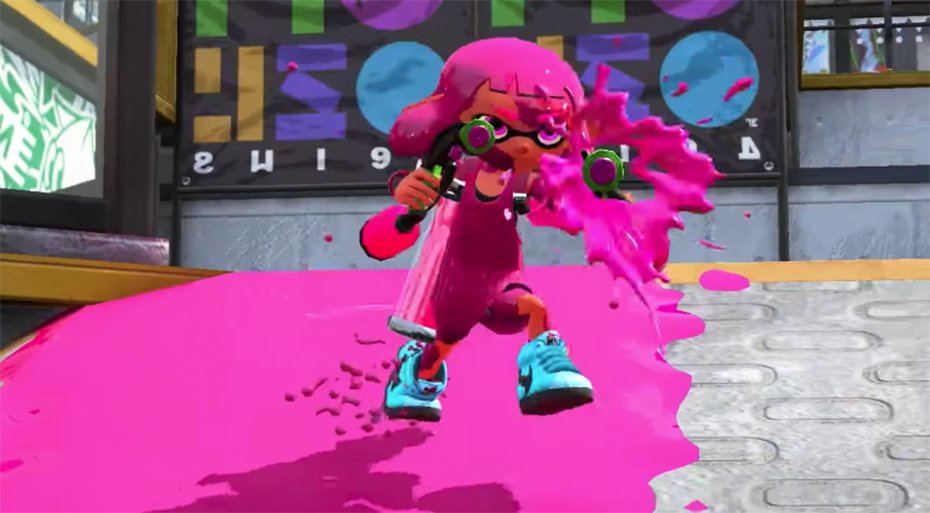 The game also features all-new special attacks that include rocket packs, giant rain clouds and more, plus way more customization than ever before. The varied new haircuts look awesome. And did I mention there's another adorable cat joining Judd in the judging at the end of each round? 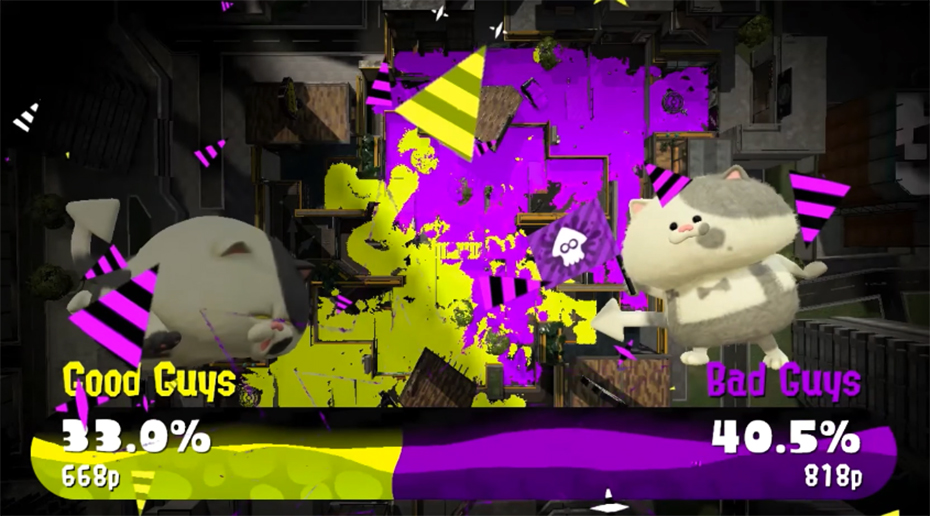 One thing that did take some getting used to was the move away from use of the touchscreen to do the useful "Super Jump" that allows players to join any of their teammates in seconds on the field. In Splatoon 2, players have to push a button to open up the map, then select a button on the directional pad to jump to the desired location. In the heat of battle it felt like a pain, but I think in time I'll get used to the new controls, and maybe even cherish them. 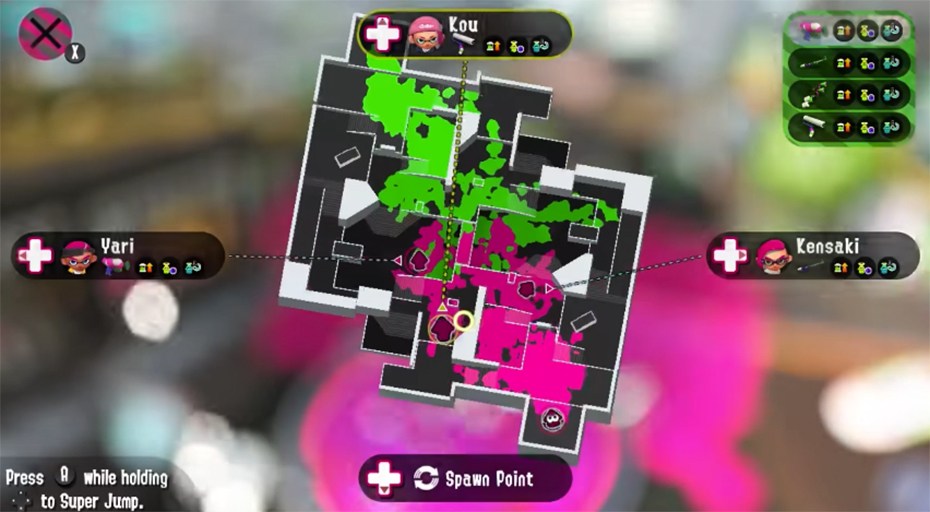 Overall, I had more fun playing Splatoon 2 at the Switch preview than I did with any of the other games (Breath of the Wild is amazing but a 20-minute preview just wasn't enough!). If the release date was set in stone, I'd be counting down the days until I can play it again.

Speaking of Breath of the Wild, click HERE to read about my first glorious 20-minute adventure with the game.